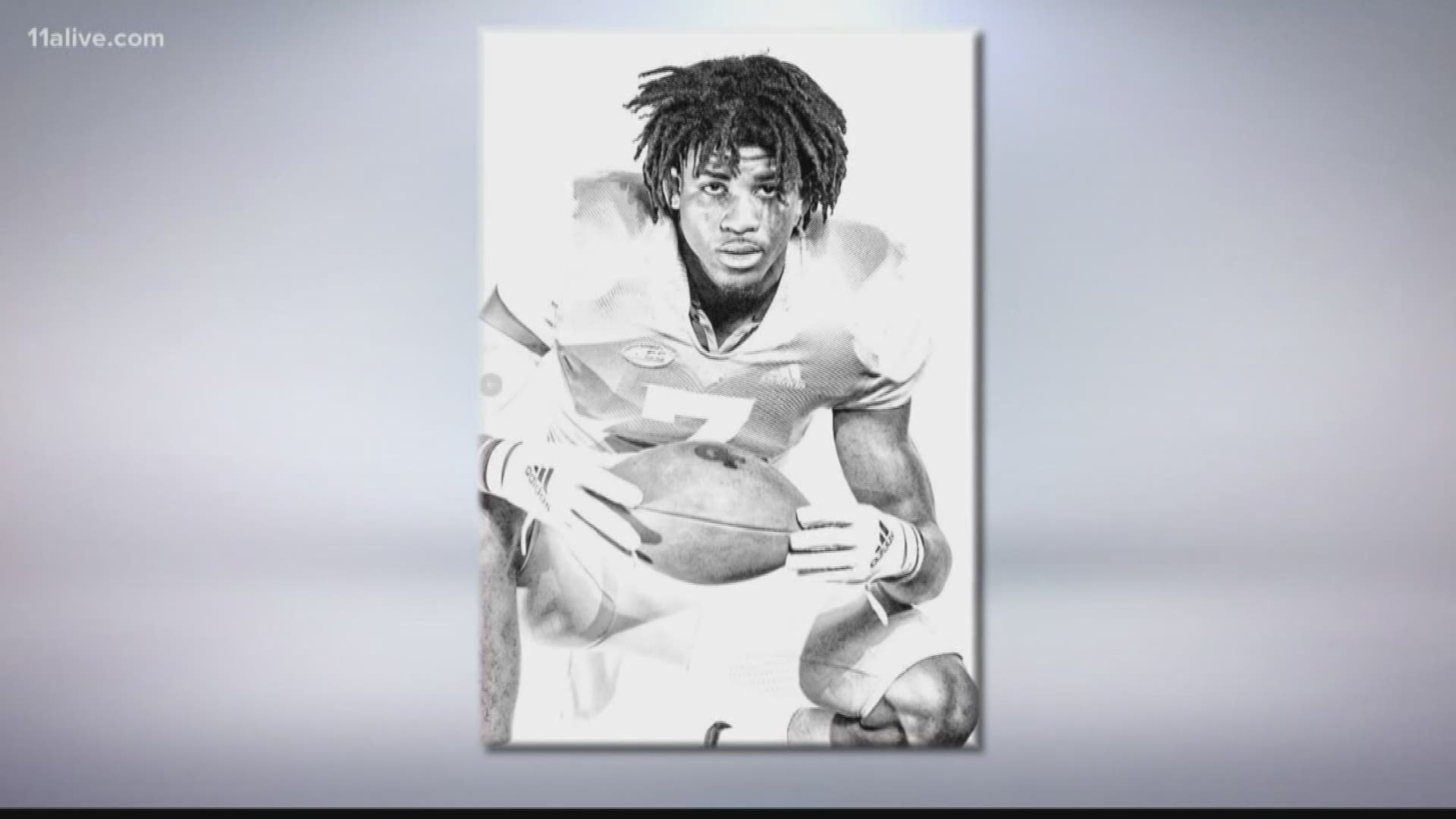 ATLANTA — He was supposed to start classes at Georgia Tech Jan. 6. Instead, the family of a star football signee from South Florida is planning a funeral and thanking the community for "support beyond our belief."

His mother, Shibbon Mitchell and the rest of Gowdy's family posted on the GoFundMe page that "Our hearts are full of sadness and pain as we try to wrap our heads around the sudden passing of Bryce 'Simba' Gowdy."

According to the Broward County Sheriff's Office, the 17-year-old was hit by a freight train just after 4 a.m. on Dec. 30 in Deerfield Beach, Florida. The medical examiner's office later ruled the incident a suicide.

In a tearful message on social media, Gowdy’s mother offered some insight into what may have led to his death, as reported by NBC6.

“A few days ago, Bryce was talking crazy … he kept talking about the signs and symbols he was seeing,” said Mitchell in a now-deleted social media video. “He kept saying he could see people for who they really are. He was really happy, though, talking about his future.”

According to the most recent post on the GoFundMe page, Gowdy was a "stellar student" and graduated a semester early near the top of his class from the International Baccalaureate program.

"In these troubling times, we would like to thank everyone for the loving support, prayers, contributions and kind words for our loving son and brother."

They said many people were concerned about the family and Bryce's two brothers, as their financial troubles were made public.

"We know many of you have sent questions and concerns about the well-being of our family," they said in the post. "As we grieve, we have received support beyond our belief. We always knew Bryce was loved and adored by many, but this level of support, has been a true testament to his legacy. Our love for Bryce is endless."

The GoFundMe page has raised more than $119,000 for the family as of Monday afternoon.

"We would like to thank everyone for the kindness and respect of privacy shown to our family while we are going through this painful time," they said. "Through the GoFundMe account, we are structuring a financial plan to secure housing, pay debts and allow myself and my children to receive the counseling that we need as we try to rebuild.

"Through many donations and contributions of services from those I trust, I have faith that not only are those around me here in my best interest, but furthermore, to protect the integrity and hardworking regimen that Bryce himself carried in academics and sports."