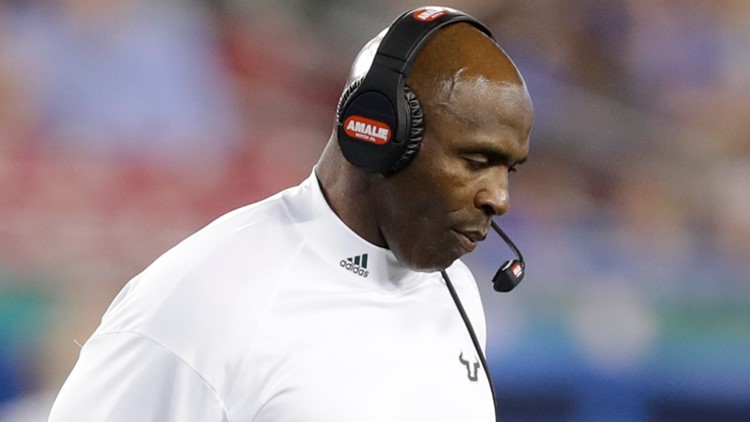 TUSCALOOSA, Ala — The final nail was a loss to the UCF – his third straight in three years – and a 4-8 record for the season.

Charlie Strong was sacked as head coach of the USF Bulls.

Since then, he’s been grazing for a new opportunity. Now, it appears the 59-year-old has landed a position with the Crimson Tide – but he won’t be calling the plays.

ESPN reported Tuesday Strong signed on as a defensive analyst after visiting with Nick Saban last week on Alabama’s campus. Roll Bama Roll pointed to the university’s online roster that already has Strong listed as a “football analyst.”

According to ESPN, Strong is the latest in a long line of former head coaches to join Saban on the sidelines. Mike Locksley, Lane Kiffin, Steve Sarkisian, Kyle Flood, Mike Stoops, Butch Jones and Major Applewhite are all rolling tide.