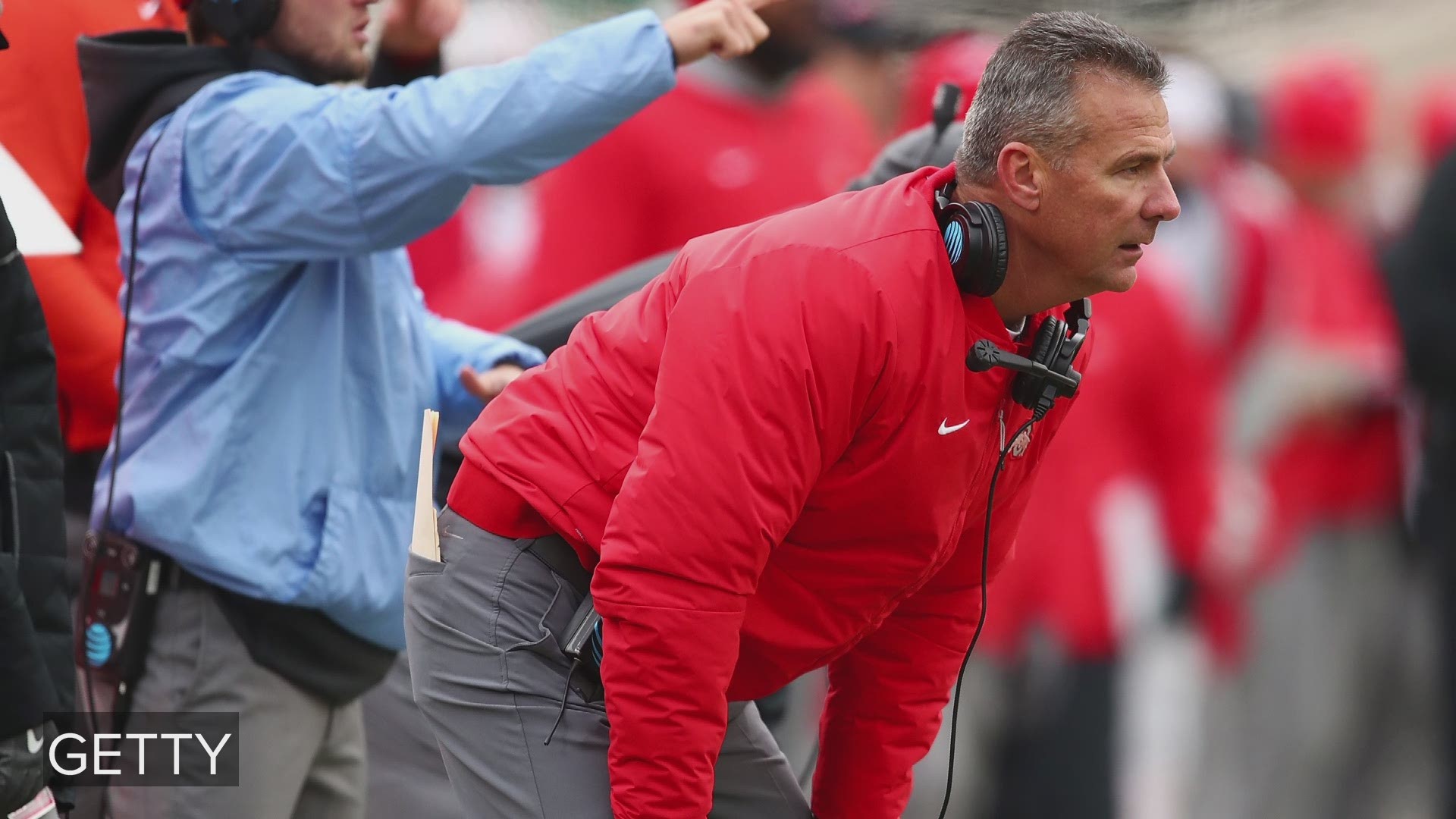 Offensive coordinator and quarterbacks coach Ryan Day will replace Meyer on Jan. 2, 2019, according to a news release from Ohio State.

Meyer's first attempt at retiring came in December 2009, which lasted a day. At the time, he decided he would take a leave of absence instead of resigning.

On Dec. 9, 2010, Meyer resigned from Florida, stepping down for the second time in less than a year.

Meyer worked as a college football analyst for ESPN during his temporary retirement.

Less than a year after Meyer's retirement from Florida, Ohio State introduced him as its new head coach on Nov. 28, 2011.

The Buckeyes beat No. 21 Northwestern 45-24 on Saturday night in the Big Ten title game.

Ohio State suspended Meyer for the first three games of the 2018 season. It came after an investigation into how Meyer dealt with domestic violence accusations against a former wide receiver coach Zach Smith.

Ohio State quarterback Dwayne Haskins was named as a Heisman Trophy finalist on Monday along with Alabama quarterback Tua Tagovailoa and Oklahoma quarterback Kyler Murray. The award will be given out Saturday night.

Over the weekend, Ohio State missed the College Football Playoff for the second consecutive year even though the Buckeyes won the Big Ten. While the Buckeyes swept the East division, a 29-point loss to Purdue and several closer-than-expected games against lesser competition weighed them down.

It marks Meyer's first Rose Bowl appearance. Ohio State has not appeared in the Rose Bowl since the 2009 season.

Day, 39, has coached at Ohio State since the 2017 season. He has worked as the team's offensive coordinator and quarterbacks coach. Day went 3-0 as acting head coach during Meyer's three-game suspension with wins over Oregon State, Rutgers and TCU.

The 2019 season will mark Day's first season as a head coach.

Day is set to become the 25th head coach in Ohio State history.

Note: The College Football Playoff rankings were used for this story.

Related: Urban Meyer opens up in interview about health issues, cyst in brain