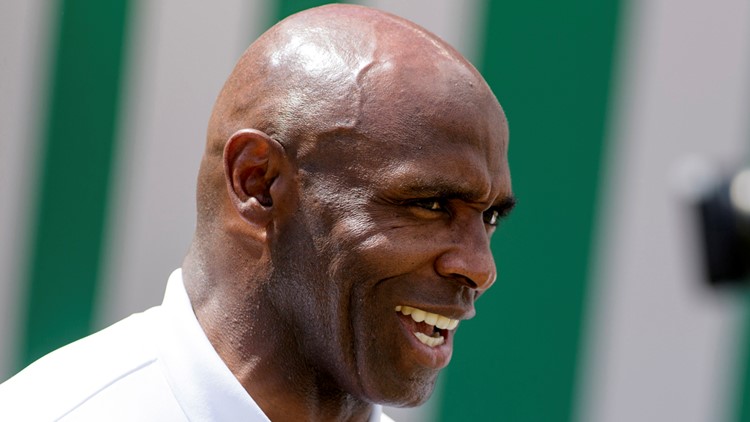 Photo by: Douglas DeFelice, USA Today Sports
South Florida head coach Charlie Strong enters the field prior to the start of the second half against the Georgia Tech Yellow Jackets on Sept. 8, 2018, at Raymond James Stadium in Tampa.

University of South Florida Bulls football coach Charlie Strong has one of the five best deals among Division I-A football coaches, according to USA Today.

Strong ranks No. 82 with a base salary of $1 million. However, the structure of Strong’s five-year contract and his 14-2 record at USF makes him among USA Today’s five best bargains along with San Diego State’s Rocky Long, LSU’s Ed Orgeron, Alabama’s Nick Saban and Appalachian State’s Scott Satterfield.

USF backloaded Strong’s contract so he could receive a significant portion of his buyout money from Texas, which fired him after the 2016 season.

“When Strong's buyout money from Texas expires next season, his salary at USF will more than double – from $1 million to $2.5 million, with incremental raises to follow,” USA Today’s Tom Schad wrote. “But for one more year, the contract is an absolute steal for the Bulls.

Saban is the highest paid coach in the country at $8.3 million per year excluding bonuses.

Here’s where other Florida coaches rank and their annual compensation: