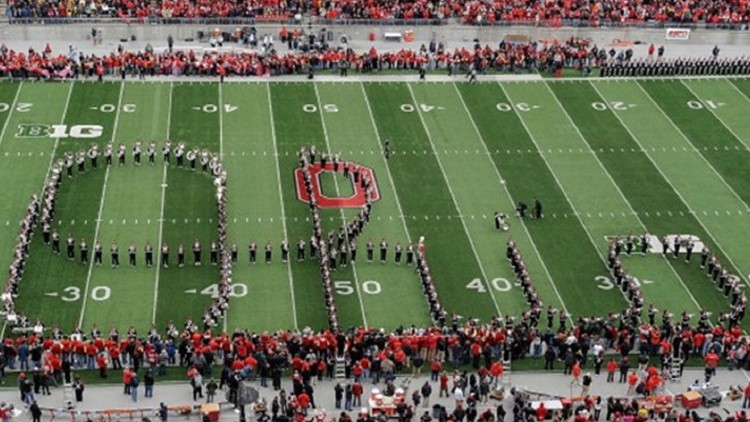 The Best D*mn Band in the Land is at it again.

On Saturday, while the Buckeyes took on Michigan State, the marching band decided to try something out of this world for their halftime performance.

Their performance, titled "One Giant Leap", paid homage to America's space exploration with formations of rockets launching and Neil Armstrong landing on the moon.

This summer marked 50 years since the moon landing and this performance served as a great tribute and reinforces why they're the Best D*mn Band in the Land.

If you weren't able to catch the performance live, you can watch it below.

Ohio State went on to beat Michigan State with a come from behind second half ending the game 34-10.

After an off week, the Buckeyes will play at Northwestern on Oct. 18.