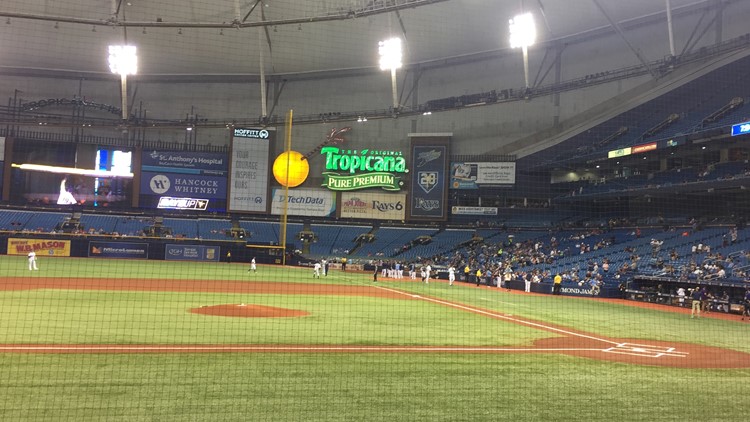 ST. PETERSBURG, Fla. — A Canadian newspaper is reporting plans are afoot to divide the Tampa Bay Rays season with Montreal.

La Presse is reporting a group of investors in Quebec wants to become shareholders in the team, which is currently owned by Stuart Sternberg. If it actually happened, the team would reportedly play in Montreal during the summer and play in St. Petersburg during the spring and late summer/early fall months.

The plan would need the approval of Major League Baseball.

The Tampa Bay Times reported Friday that Sternberg said these types of reports “unfortunately come with the territory” of not having a new stadium plan.

He has said he and MLB commissioner Rob Mandred are committed to a new stadium in the Tampa Bay area.

Plans to build a stadium in the Ybor City area of Tampa fell through at the end of 2018.

RELATED: Rays are getting rid of upper-level seats at Tropicana Field to create 'intimate' fan experience