Entire 2021 NCAA March Madness tournament to be held in Indiana

The majority of the tournament’s 67 games will take place in Indianapolis. 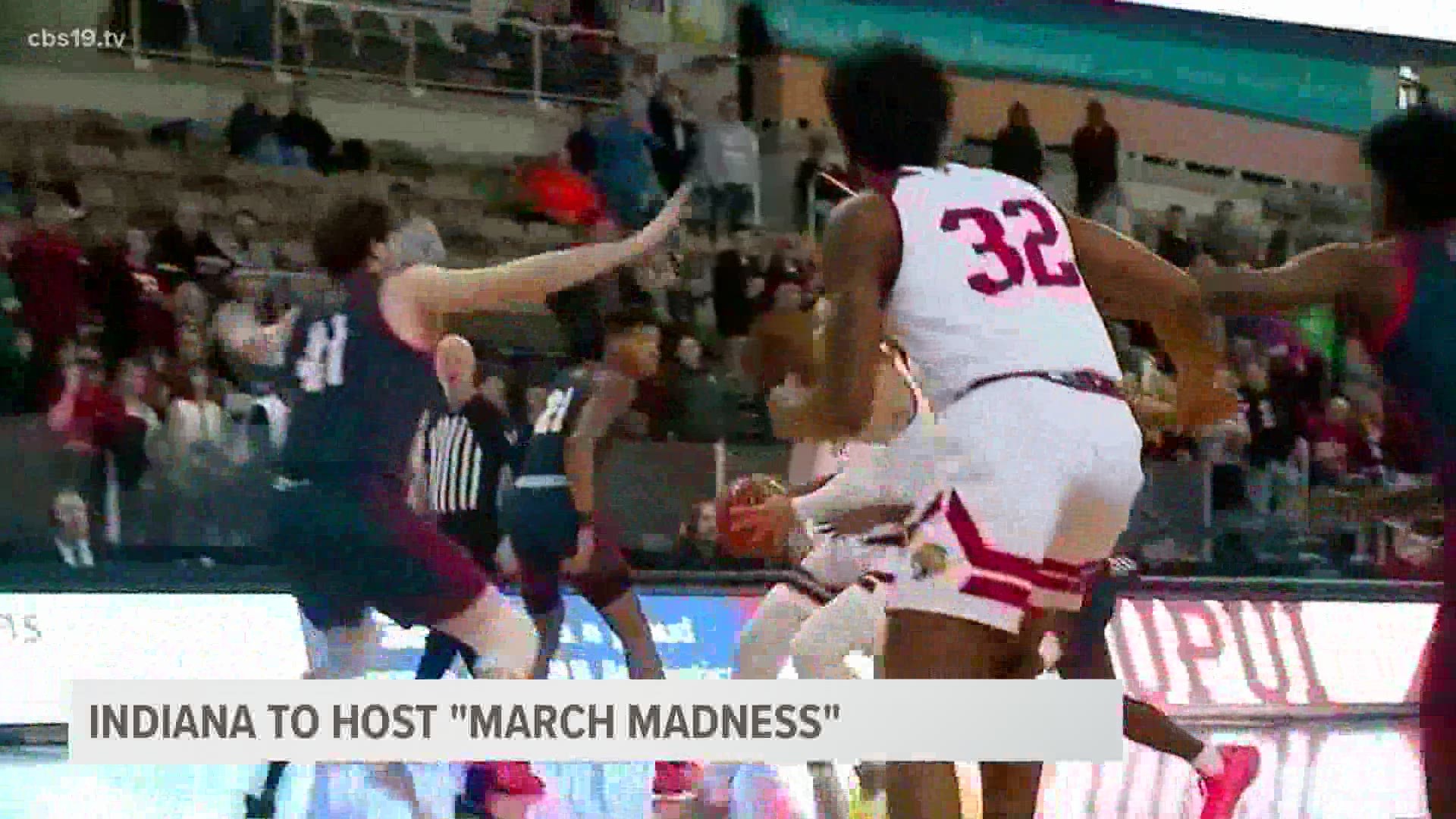 INDIANAPOLIS — The NCAA will stage the entire 2021 men’s basketball championship in Indiana, with the majority of the tournament’s 67 games taking place in Indianapolis.

Selection Sunday is still scheduled for March 14, and plans remain to have the Final Four on April 3 and 5, with exact preliminary-round dates to be determined.

“This is a historic moment for NCAA members and the state of Indiana,” NCAA President Mark Emmert said. “We have worked tirelessly to reimagine a tournament structure that maintains our unique championship opportunity for college athletes. The reality of today’s announcement was possible thanks to the tremendous leadership of our membership, local authorities and staff.”

In 49 states, it’s just basketball. But this is Indiana!

The entire 2021 NCAA Tournament will be played in Indiana.
👉 https://t.co/pGHfOjbm6n pic.twitter.com/OhWhkmX3RE

The NCAA is partnering with a local health provider to administer COVID-19 testing within the controlled environment for players, coaching staffs, administrators and officials. The Marion County Health Department has approved medical protocols shared by the NCAA and will continue collaborating with the NCAA leading up to and during the championship.

The tournament will be hosted by Ball State, Butler, the Horizon League, Indiana, Indiana University-Purdue University Indianapolis and Purdue, which are lending their facilities and staffs to assist with tournament operations. The Indiana Convention Center will be used as a practice facility, with multiple courts set up inside the venue. Marriott properties, an official NCAA corporate partner, will house most of the tournament teams. The properties are connected to the convention center via skywalks and within a controlled environment. All teams will be housed on dedicated hotel floors, with physically distanced meeting and dining rooms, as well as secure transportation to and from competition venues.

CBS Sports and Turner Sports will continue to distribute all 67 games of the tournament across TBS, CBS, TNT, truTV and their digital platforms.

“The 2021 version of March Madness will be one to remember, if for no other reason than the uniqueness of the event,” said NCAA Senior Vice President of Basketball Dan Gavitt. “With the direction of the Men’s Basketball Committee, we are making the most of the circumstances the global pandemic has presented. We’re fortunate to have neighbors and partners in Indianapolis and surrounding communities who not only love the game of basketball as much as anyone else in the country but have a storied history when it comes to staging major sporting events.

“This is going to be complicated and difficult; there’s no question about that. We appreciate the collaboration among the Men’s Basketball Committee and staff, our hosts and local organizers, the staffs at each practice and competition venue, and our broadcast and corporate partners. We will all pull together and stage a terrific national championship.”

The NCAA is closely monitoring the ongoing pandemic and will continue to work with local officials to determine the feasibility of having fans attend games at any of the venues, though a limited number of family members of each participating team’s student-athletes and coaches will be permitted to attend their team’s games. Details pertaining to the possible allocation of other tickets will be finalized later, as will any decision about fan events.

The NCAA also is working with the city and state to promote “Mask Madness,” an initiative to promote health and safety by practicing social distancing and wearing a mask. As part of this program, the NCAA will donate thousands of masks throughout the state leading up to the tournament.