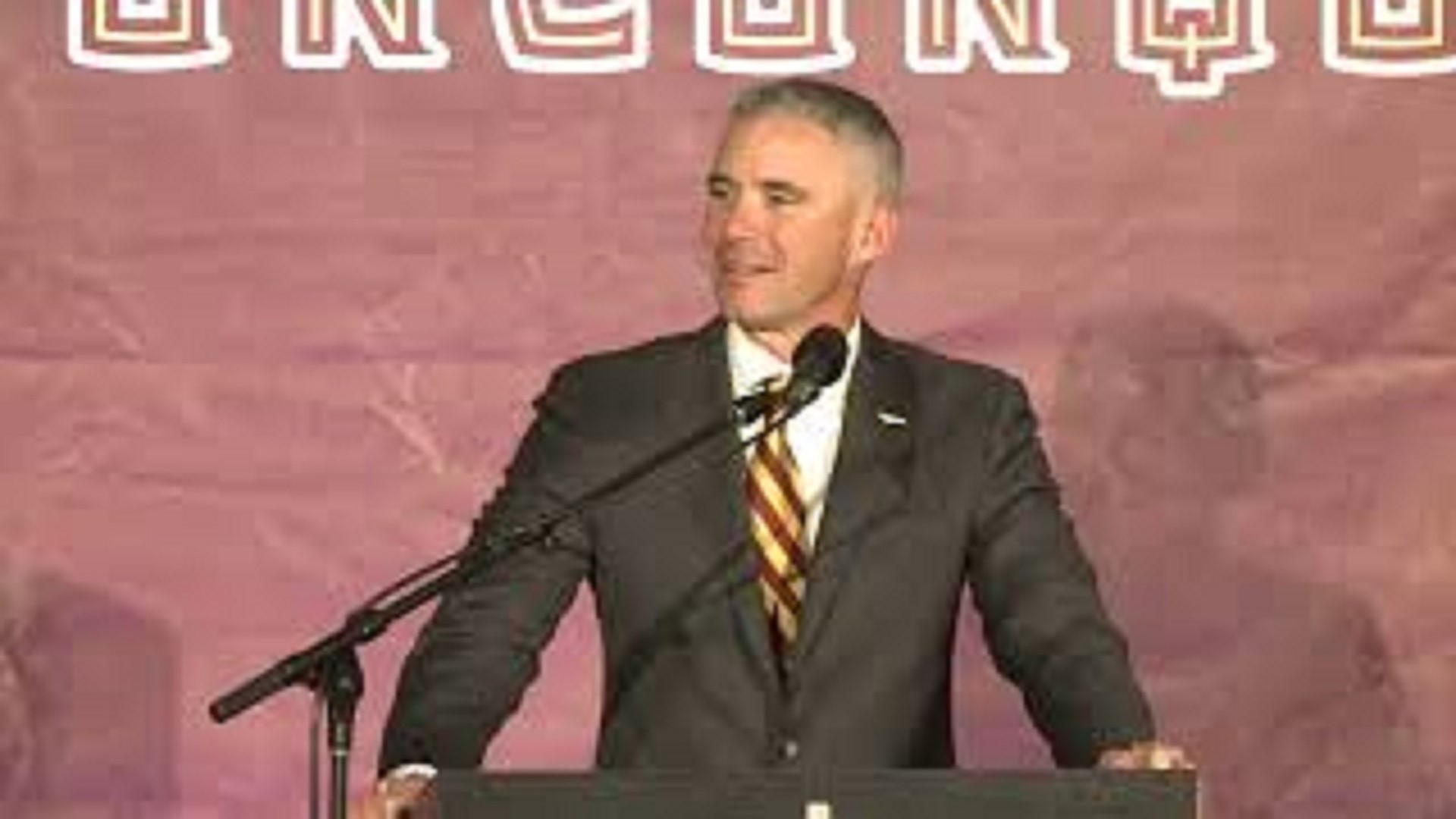 TALLAHASSEE, Fla. — The wait is over — Florida State has a new head coach.

FSU has hired Memphis coach Mike Norvell. The announcement came after Norvell and No. 17 Memphis beat No. 20 Cincinnati, 29-24, in the AAC Championship game Saturday.

He was introduced Sunday afternoon to the FSU community.

Norvell, 38, carried the Tigers program to unprecedented heights. In the 56 years before his arrival, Memphis had one 10-win season. Norvell had two 10-win seasons in his four years, going 38-15 overall.

His offenses were some of the most prolific in the country. For three straight years, the Tigers scoring offense was ranked in the Top 8 nationally. This year, they averaged 41.5 points per game and 483.5 yards per game.

Norvell has a tough challenge ahead in recruiting before the early signing day for high school players on Dec. 18. He will need an influx of talent from the transfer portal, as the Noles lost three commits last week. FSU’s 2020 recruiting class currently ranks 22nd in the country with 14 commits.

The Seminoles gave their previous head coach Willie Taggart the boot in early November after they lost to the Miami Hurricanes, 27-10. Taggart went 9-12 in less than two seasons with the Noles.