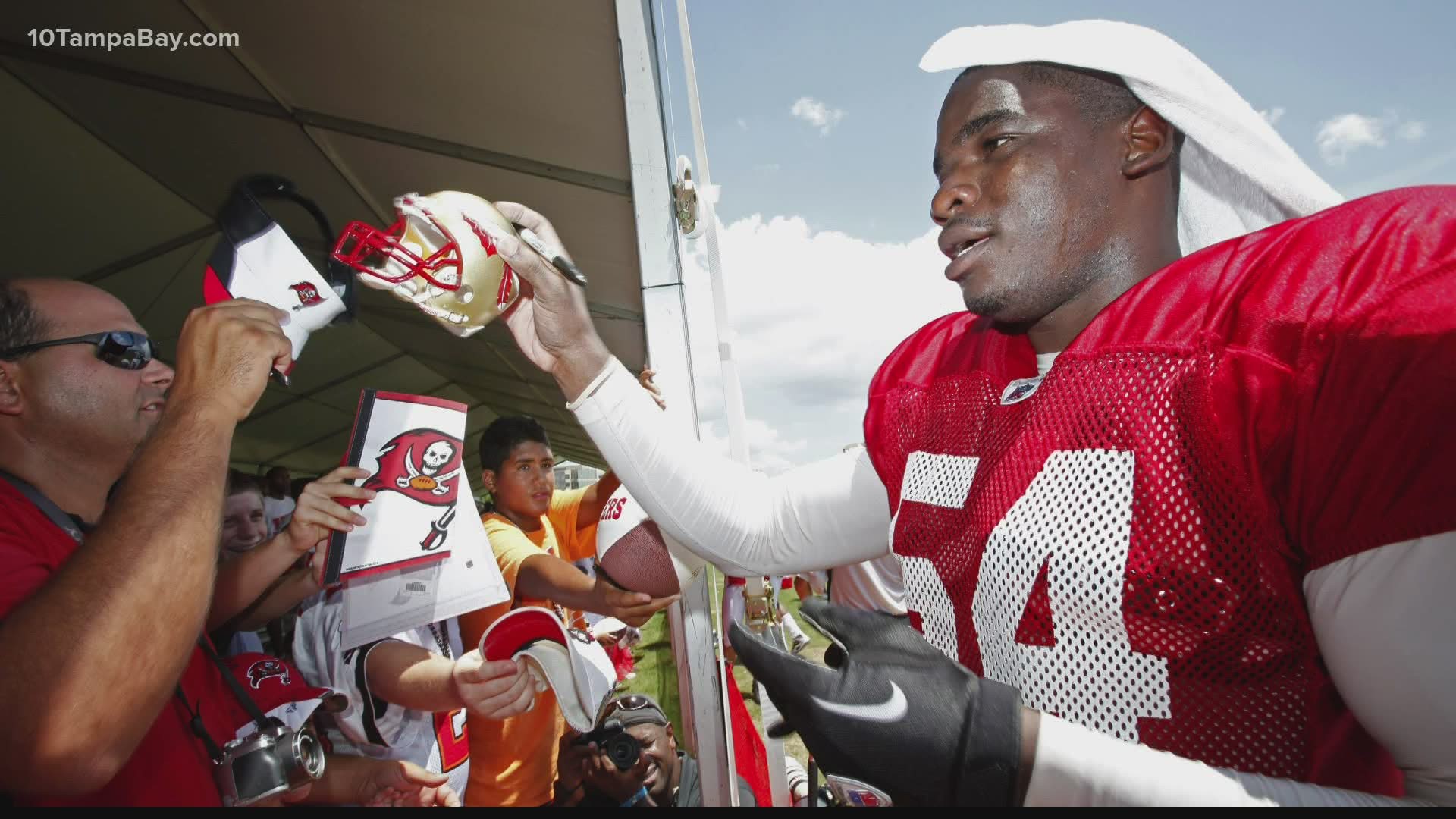 "It's one of those things where you have to make sure you tell them you love them," Carroll told the newspaper.

Hayes entered hospice care at his family's home in Georgia last week, two years after he was diagnosed with chronic liver disease.

Last month, Hayes told ESPN he had been on a waiting list for a liver transplant in December. He said his disease led him to be hospitalized more than 20 times in 2020.

Hayes was a sixth-round draft choice by the Buccaneers in 2008 and played for the team until 2011. He tallied seven sacks, four interceptions and one touchdown in 56 games. Hayes played three more seasons with the Chicago Bears and Jacksonville Jaguars.

Before the NFL, Hayes was a two-year starter at FSU under legendary coach Bobby Bowden. He made five sacks and a team-leading 17.5 tackles for loss as a junior in 2007.

Hayes grew up in rural Madison County, which is east of Tallahassee along US 90. He played football and ran track at Madison County High School.

In a statement posted on Twitter, the Buccaneers remembered Hayes as "a beloved teammate and often the first player to volunteer his time to our efforts in the community."

Thoughts and prayer for the family and friends of Geno Hayes. He lived his life as a tremendous Seminole who impacted so many throughout his journey on and off the field. His legacy will live on. #RIP #NoleFamily