From pain to purpose: FSU's Stevenson serves as inspiration for life after football

Former football player Freddie Stevenson beat poverty, injury and depression and wants to help others do the same. 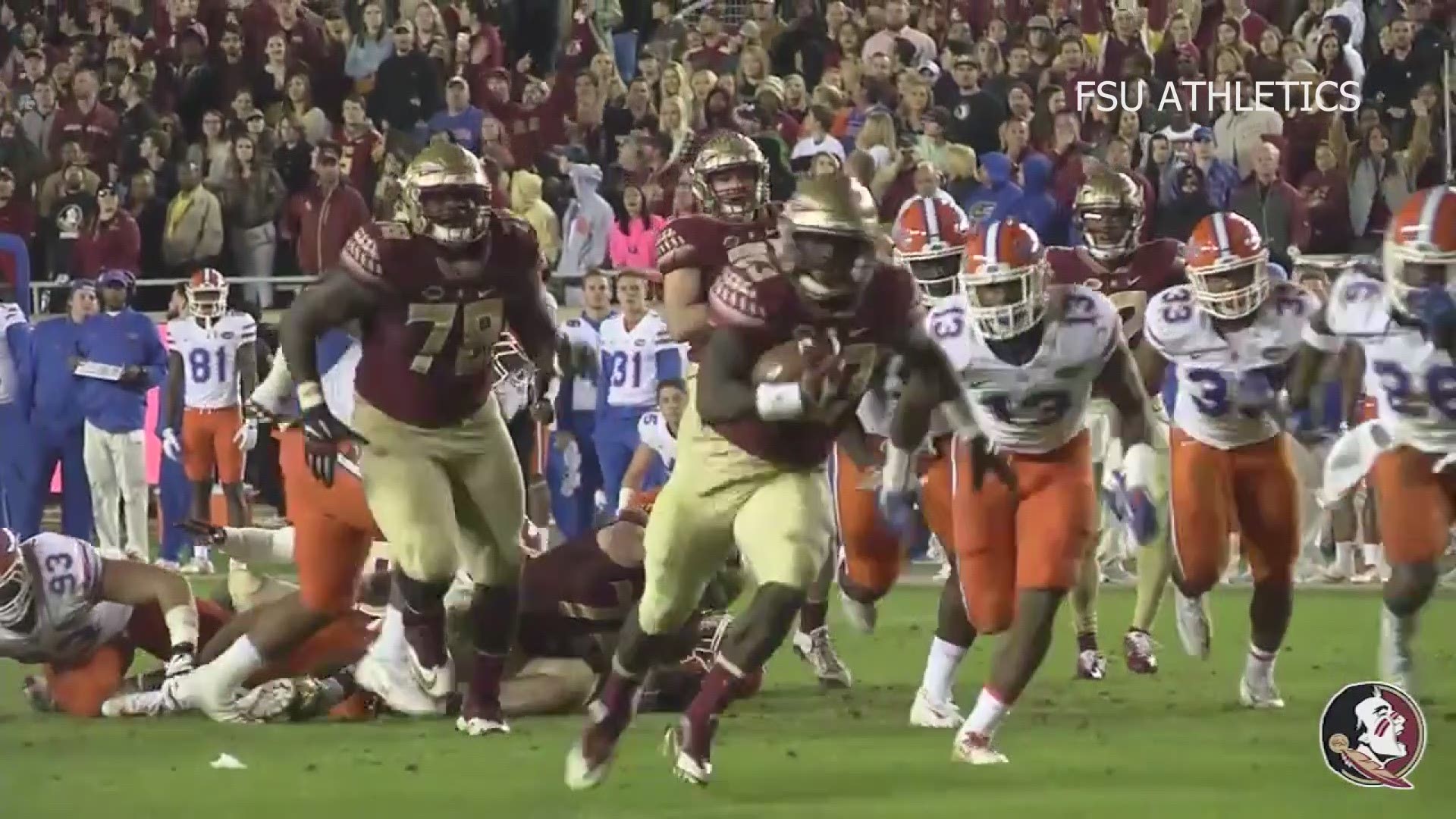 POLK COUNTY, Fla. — Freddie Stevenson racked up seven career touchdowns as a fullback and won the 2013 BCS National Championship during his freshman season at Florida State.

But his proudest work comes from his life after football.

Sitting in his father’s brand new church, he describes a journey full of comebacks.

“Twenty-one years ago, my father was incarcerated for drug trafficking,” Stevenson said. “Later on, he transitioned and he was able to become a pastor.”

When Stevenson was young, his single mother worked three jobs to support her five children. Sometimes experiencing homelessness, food was hard to find.

The memory of one particular dinner still sticks with Stevenson.

“We come across a McDonald's and we walk in. She orders a cheeseburger. When she ordered the cheeseburger, we just kind of look around like, there’s five of us. One cheeseburger? That’s crazy. We usually all get our own loaf of bread," he recalled

“The cashier was giving her trouble about that nickel,” Stevenson said. “We watched her have to go around and beg for that, and someone was generous enough to give her a nickel. After she gets it, we’re kind of embarrassed. She walks us outside, and she starts slicing it up into five pieces, and she hands it out to all of us. And as we started eating, my older sister notices that my mom isn’t eating."

“We all kind of started looking around at each other to make sure she’s eating as well. And she turned down all our food. And I remember at that moment, she burst into tears," he added.

Stevenson was determined to dry those tears. His plan: Make it to the NFL.

A star linebacker and running back at Bartow High School, he just needed a college offer. But during his junior season, he broke his ankle. Doctors said it was career-ending.

“When the doctors told me that, I was like, man, I understand what you're saying,” Stevenson said. “I see the X-Rays. It doesn't look good. But I know the promise I made to my mother.”

Stevenson would bounce back, receiving several scholarship offers and ultimately playing for four years at FSU.

He went on to make it to the NFL, just like he promised his mom but in 2017, the Chicago Bears cut him after the pre-season.

“I was mad at the world. Bitter,” Stevenson said. “I went down a dark road. Turned to the fast lifestyle, and it almost cost me my freedom … (I was) trying to make ends meet, and I remember coming to my mom one day, and she said, ‘I don't want none of your money.’”

Then, Stevenson received an unexpected, but life-changing, message.

“I remember a situation in particular, there was a guy I had a transaction with that day for like $10,000,” Stevenson said. “He spent $10,000 with me. But he gave me a reality check. He was like, ‘Man, I know you. I remember you.’ I was like, ‘I don’t know you.’ He goes, ‘No, you’re Freddie Stevenson. You were just with the Bears. What are you doing out here?’ It took me a while. He’s like, ‘No, you're supposed to go out and do something bigger. There’s more in store for your life.’”

Soon after the encounter, Stevenson started a clothing line called Triumph 105. The number ‘105’ is also included in his social media handles (@strugglemade105). It’s a nod to the price of that cheeseburger his mom worked so hard to buy for his family.

Stevenson wrote about his struggles in a book, Trials to Triumph, published in 2019.

He continues to share his story with local children by speaking at schools and sports practices. He also wants to provide professional and college athletes with resources to make a smooth transition to life after football, so they can avoid depression like he did.

“People are reaching out to me, saying, ‘You saved my life,” Stevenson said. “I'm getting long paragraphs, people saying they were suicidal… they were ready to give it all up. But at the darkest place in my life, I found purpose. And that gave them hope.”

Stevenson already has a new project. He’s working on founding a non-profit to help underprivileged children. This summer, he plans to host a back-to-school event, with the goal of raising $25,000 for local kids. He plans on setting aside $5,000 of the funds raised for local teachers.

“People (are) coming up to me, exchanging numbers, saying ‘you really touched me,” Stevenson said. “Just feeling that feeling that I had after speaking with those people – it was better than anything I got on the field. Better than any touchdown I scored.”