University of Florida President Kent Fuchs banned the use of 'gator bait' because of the phrase's racist history. 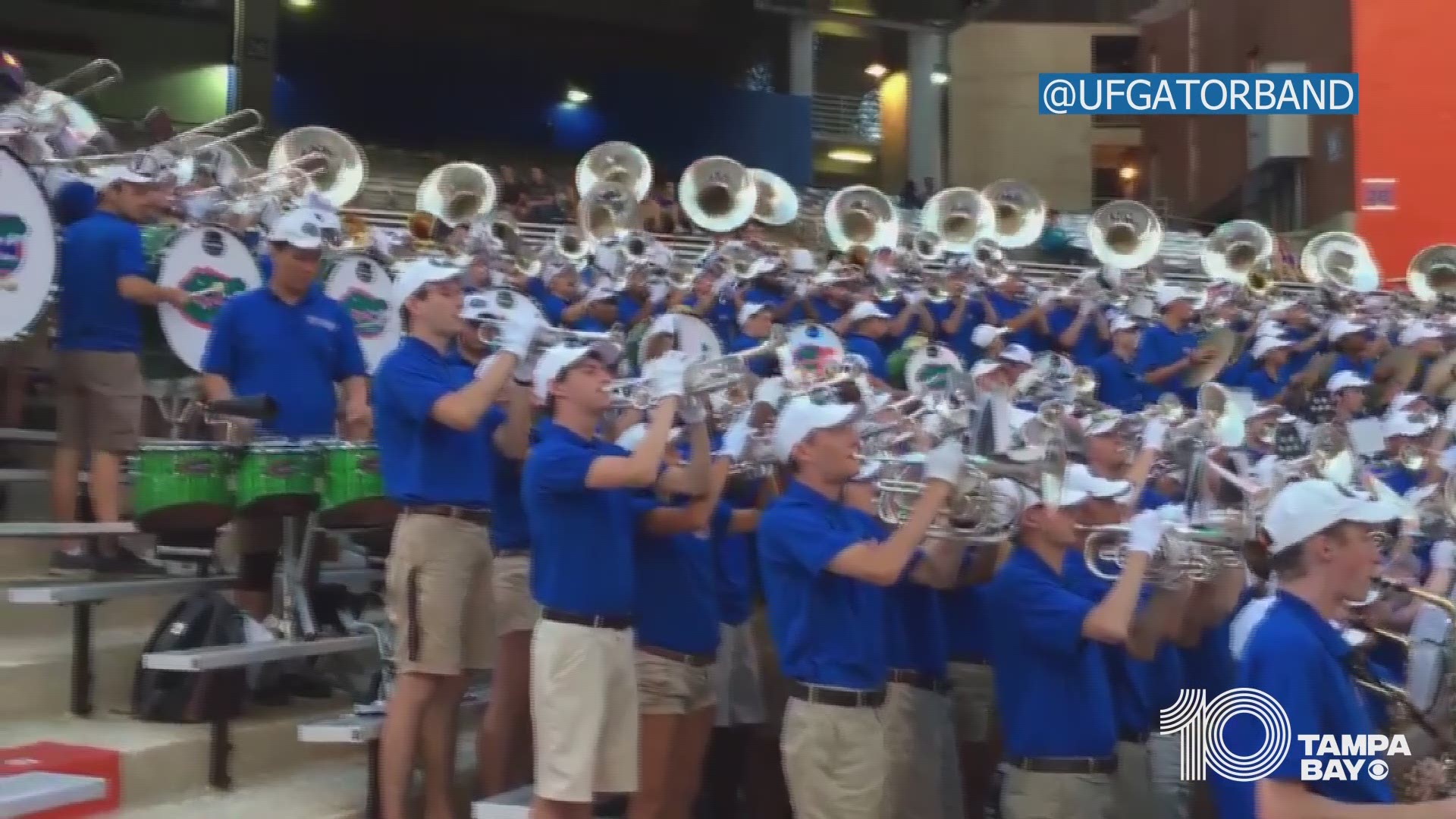 GAINESVILLE, Fla. — One of the most iconic college football cheers is now banned from the Swamp.

“Gator Bait” will no longer be played during Florida game days, and gear with the phrase won’t be sold.

“While I know of no evidence of racism associated with our ‘Gator Bait’ cheer at UF sporting events, there is horrific historic racist imagery associated with the phrase,” University of Florida President Kent Fuchs wrote in a letter to the UF community on Thursday. “Accordingly University Athletics and the Gator Band will discontinue the use of the cheer.”

But former Gator safety Lawrence Wright disagrees with the association.

“I think there should have been consideration of the history that was at the University of Florida first,” Wright says. “Someone goes and researches something that was in the 1800s – we’re in 2000. So, for me, what our meaning and our delivery is, is something totally different.”

The UF Hall of Famer coined the phrase in 1996 during a celebration at Florida Field after the team’s first national championship.

“I don’t think [President Fuchs] even understands who I was or knows who I was,” Wright says, “or how much it would impact me.

"[His mindset] is not toward sports and the camaraderie and the bond and the unity and the family and all those things that it brings. And the history. So, you can’t just come along and wipe something out just because it seems like it came from this origin.”

While the cheer appears to be harmless, the phrase does have a racist past.

A 1923 headline from the Atlanta Independent says, “Babies used as alligator bait in the state in Florida.” The story says white hunters rented black babies as bait for two dollars.

A 1902 spread from the St. Louis Republic describes a parade float with a “monstrous alligator swallowing a fat [child].”

“Young, black children … were a stock character in postcards and kind of this dark humor used to really to make fun of and denigrate African Americans,” historian Ray Arsenault says.

Arsenault is a USF professor and specialist in the political, social, environmental, and civil rights history of the American South. He says the gator bait imagery was a “particularly ugly part” of the advertising, museum exhibits and minstrelsy during Jim Crow Era.

Experts are still debating whether gator baiting was a popular cultural image or an actual practice.

“It’s plausible considering the culture of the day,” Arsenault says. “But I don’t think it was a common occurrence by any means. I think it's much more in the minds of people.

“To have it as a kind of an unofficial theme of the university I think it's really detrimental to the spirit of civil rights and human rights and what university should stand for.”

Florida fans created an online petition to keep the cheer within an hour of Fuchs’ announcement. It collected over 15,000 signatures in one day.

Gator fans easily did so in 2017 after the death of singer-songwriter Tom Petty. Ninety thousand fans now sing “I Won’t Back Down” between the third and fourth quarters of football games to honor the late Gainesville native.

Wright says he texted his concerns to UF Athletic Director Scott Stricklin, who he considers a friend, as soon as he heard the announcement. Wright plans on meeting with Fuchs to understand his decision-making process and, hopefully, reverse it.

“He’s not black,” Wright says. “He didn’t do the things that I’ve done and my teammates have done and the history of the University of Florida. He wouldn’t know. He would have no idea."

“The year of ‘95 when we were 12-0 – we had won two SEC titles before that and we were getting ready to play our third SEC Championship," Wright says. "We were making history. So that was part of our history – ‘if you ain’t a Gator, you must be gator bait.’ Why are we abolishing our history for someone else who did something 200 years ago that we had no control of?”

While the Black Lives Matter movement continues throughout the country, Wright would prefer to see more action in helping the African-American community, rather than having sports-related customs erased.