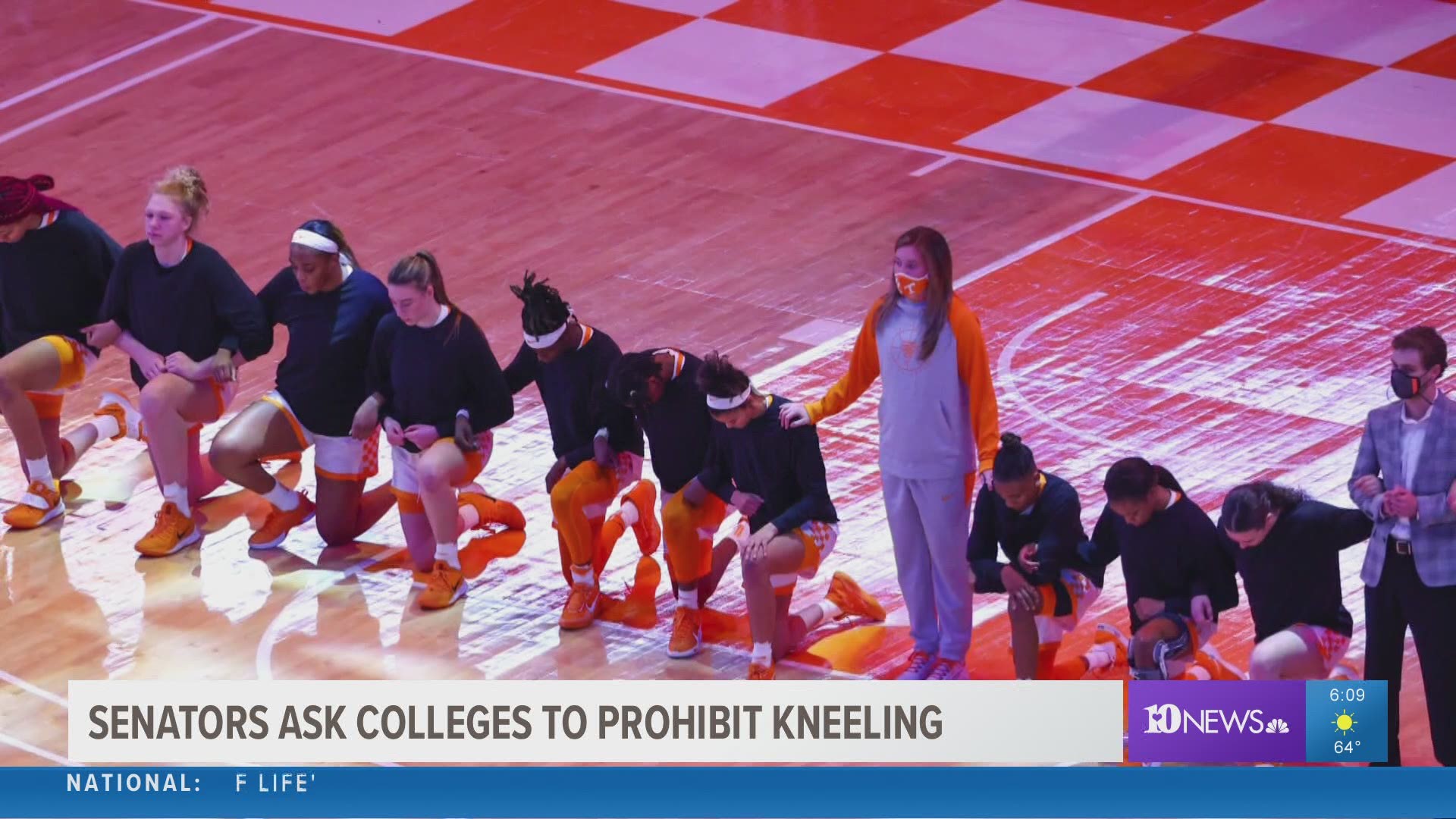 KNOXVILLE, Tennessee — Tennessee's 27 Republican state senators are asking state public higher-education leaders to ensure their athletes refrain from kneeling during the playing of the national anthem.

"To address this issue, we encourage each of you to adopt policies within your respective athletic departments to prohibit any such actions moving forward. We view this as a teachable moment in which administrators may listen to concerns from students but also exercise leadership in stating unequivocally what the national anthem means to this nation and explain proper times, places and manners for expressing protest," the signed Feb. 22 letter states.

The letter is directed to chancellors and presidents of the state's public universities including the University of Tennessee at Knoxville.

"We respect the brave men and women who serve and have served in our armed forces, the commitment of legislators Tennesseans have voted to office, and our student athletes who represent our institutions. We received the letter from the State Senate late yesterday and are engaged in conversations across the System about how to move forward in a way that shows that commitment and respect for all," the System said.

"Our public colleges and universities should be a safe place for students to express themselves and advocate peacefully for change in our country without interference from the legislature or university administrators. In fact, student organizing on college campuses is a perfect reflection of the American values embedded in our First Amendment. Rather than silencing the voices of students who are peacefully bringing attention to injustice in our country, we should all be working together to address the inequities that brought them to a knee," the statement to WBIR reads. 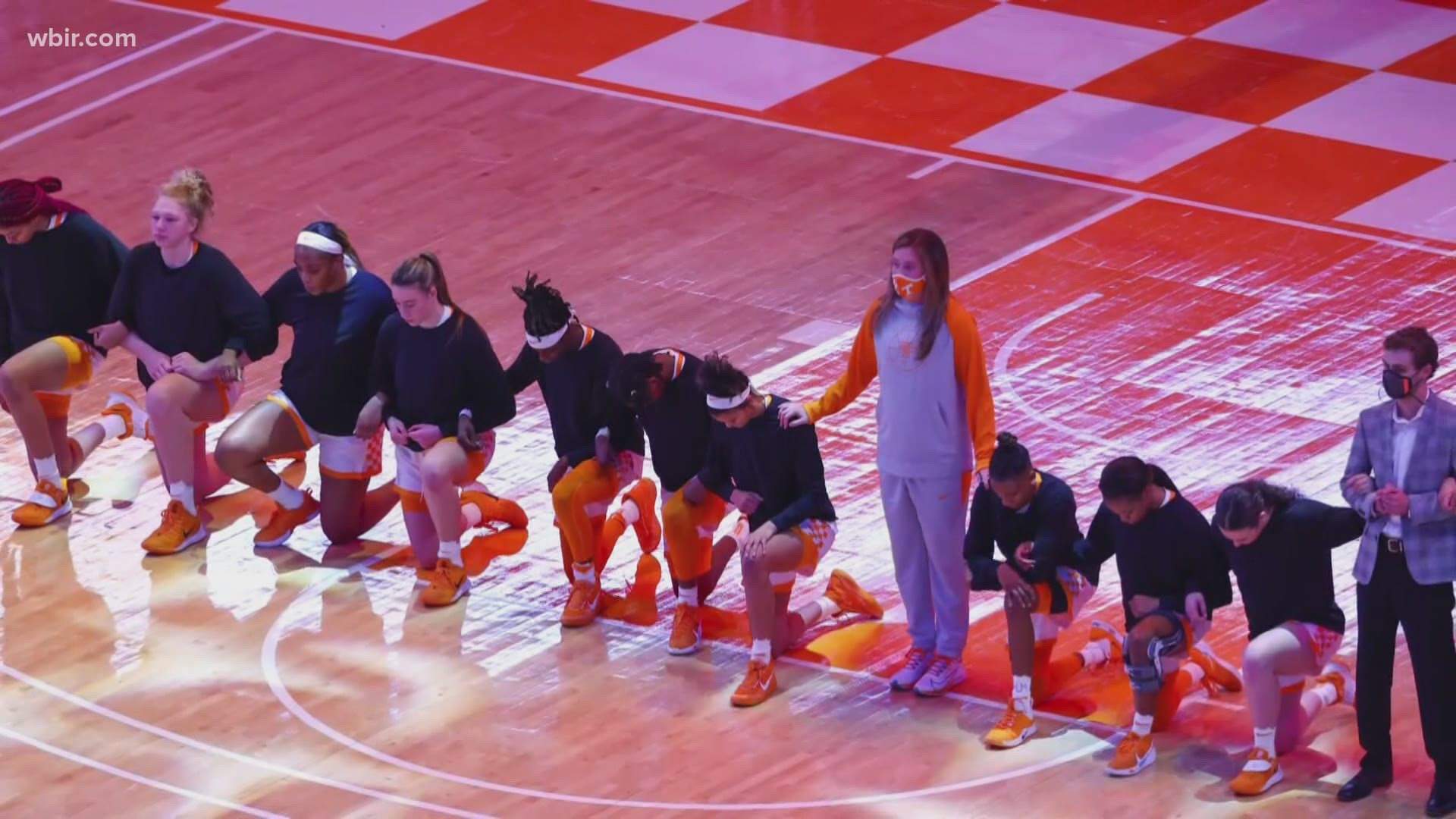 "I would be happy to sit down and have a conversation with these players, any of these student-athletes, any time, any place," said Massey.

She said that hindsight is 20/20, but that she is not going to take her actions back after she already did them. 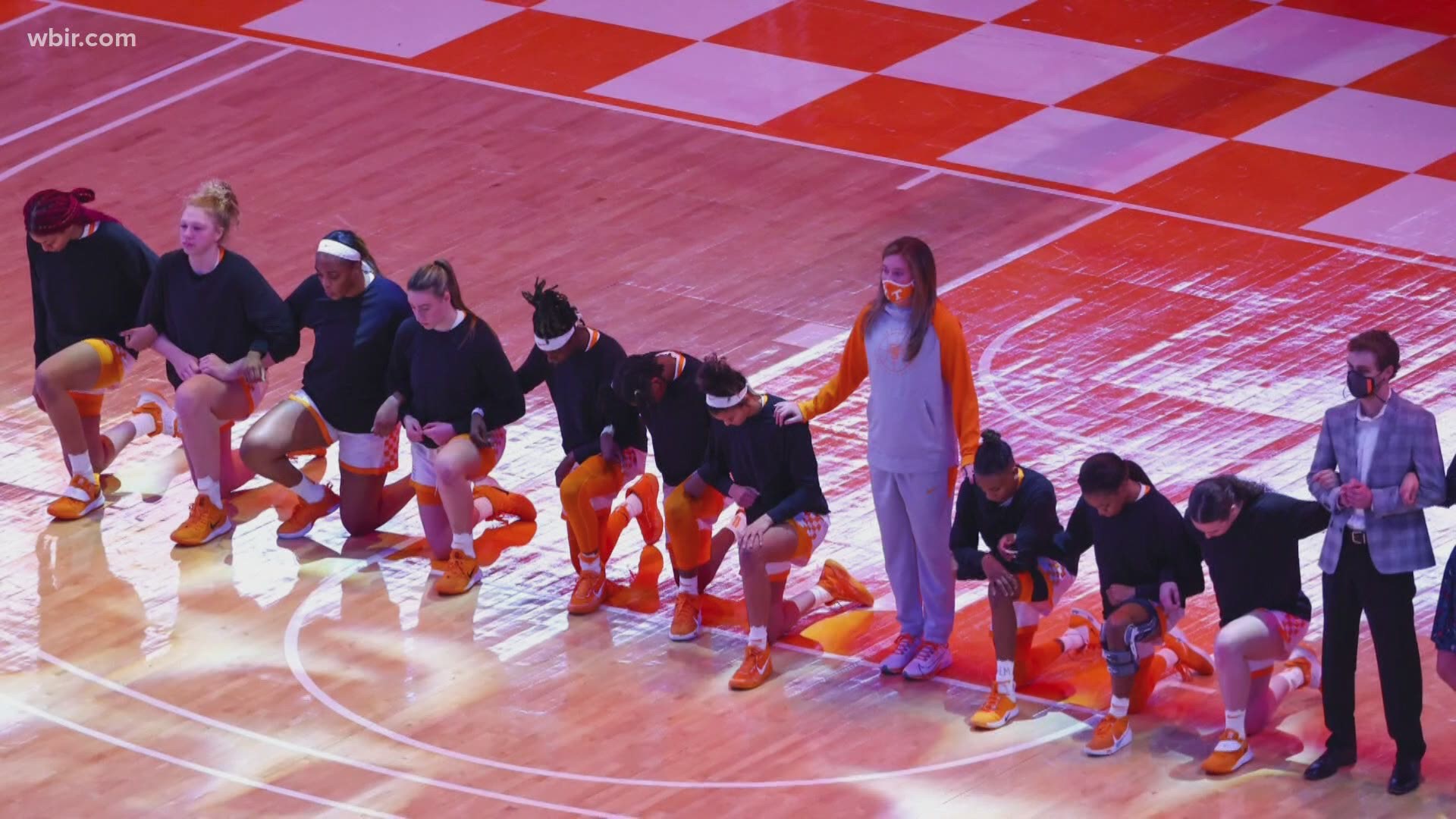 In January, some Lady Vols players kneeled during the playing of the national anthem before the Arkansas game. Last week, members of the East Tennessee State University men's basketball team were photographed kneeling during the anthem before a game against UT Chattanooga.

The Republican senators said they understand student athletes have a right to express their views "during their personal time."

But they shouldn't when they're wearing their state college's uniform, the senators wrote.

Free speech advocates the Foundation for Individual Rights in Education, the National Coalition Against Censorship and PEN America also weighed in this week.

They warned in a letter submitted Wednesday to UT System President Randy Boyd that the "teachable moment” at hand actually concerns everyone understanding the sweeping First Amendment rights of student-athletes on and off the court.

"The First Amendment protects not only spoken and written words, but also symbolic expression. It protects the act of saluting the American flag (or refusing to do so), burning the American flag, stepping on the flags of Hamas and Hezbollah to protest terrorism, wearing black armbands to protest war,20 or raising a fist while others salute the flag.

"The team members’ kneeling is symbolic expression “intended to convey a particularized message” which is likely to be “understood by those who viewed it.” Even if others find that message or its context offensive, kneeling during the anthem is commonly understood to convey a message about police and race in the United States."