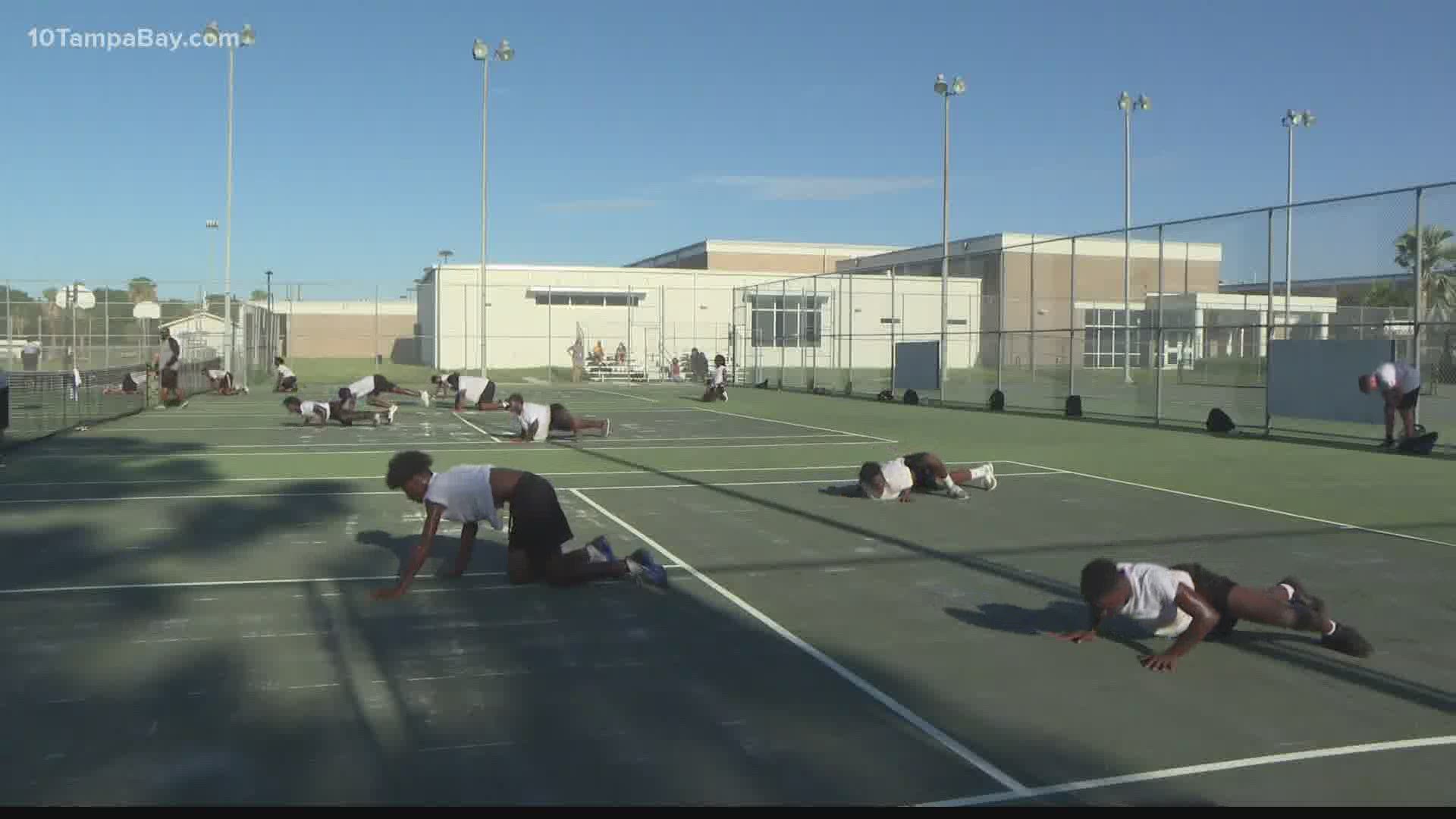 ST. PETERSBURG, Fla — The Florida High School Athletic Association is meeting again Friday morning to make a decision about fall sports. Last month the board voted to postpone the fall season until August 24, but that decision could change.

That could mean major changes for high school athletes.

High school sports is a right of passage for so many teens. Even if they don't play football, many look forward to the Friday night lights to hang out with friends and cheer on their school.

Football teams across the Tampa Bay area have been getting ready for a season that may not even happen.

In the hot sun of the late morning, Lakewood High School football players train. They've even brought the weight room outside.

Head Coach Cory Moore says they did for a couple of reasons.

"A: It's uncomfortable and we want the guys to get comfortable in uncomfortable positions. So, we are able to use it outside and also be able to get a good workout in, also abiding by the regulations for social distancing."

Coach Moore says so far the kids have remained healthy, however, they are doing everything they can to keep the entire team safe.

"We have our guys in specific groups and we do not deviate from the groups. So, if there was a situation and someone had something, we would take that person and that group of nine that they're with and then they would have to go through that actual quarantine period."

Coach Moore says right now the players are focused. They try not to talk about, or even think about a season that won't be. He says no matter what happens, these kids are learning an important lesson.

"They're also seeing another side of this, that football at any time can be taken away from you. That's why it's so important from an educational standpoint that they have to do that part as well."

Coach Moore does hope the kids get to play, especially seniors who've been playing this game since they were little, but he says no win is worth someone's life and they are just pushing the message that with academics all things are still possible.