The lawyer representing former head coach Marcus Wattley has claimed the district overreacted when it voted to let him go. 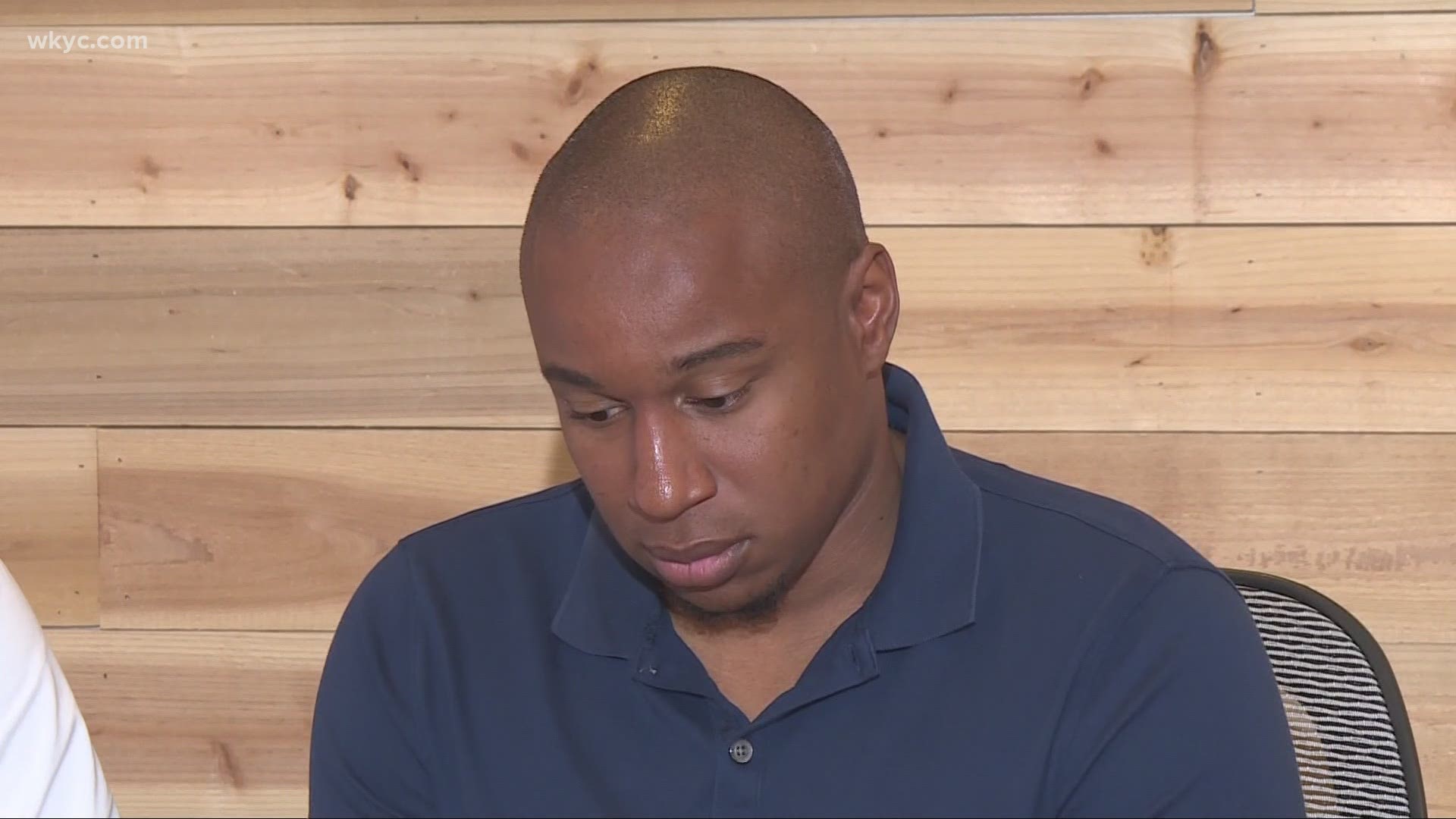 CANTON, Ohio — *EDITOR'S NOTE: The video above is from Marcus Wattley's press conference earlier this week

The superintendent of Canton City Schools has responded to accusations made by the attorney of recently fired McKinley Senior High School head football coach Marcus Wattley, saying the district did nothing wrong when it voted to dismiss Wattley and six of his assistants.

In a video statement released Wednesday afternoon, Jeff Talbert claimed Peter Pattakos was providing "false and inaccurate information" regarding Wattley's ouster. Specifically, Talbert took issue with the lawyer's claim that school leaders failed to provide evidence that Wattley and other staff members forced a player to eat a pepperoni pizza against his religious beliefs.

"These false accusations go against the very fabric of who we are as an institution of learning that is dedicated to student achievement and success," Talbert said. "At Canton City Schools, we believe in honesty, integrity, and transparency."

In a press conference with Wattley Tuesday, Pattakos called the charges against the coaches "completely false, completely reckless, completely untrue." He also alleged that others in the room at the time of the incident directly dispute the district's account of what happened, and challenged the veracity of surveillance video that purportedly implicates Wattley and the others.

"There's no audio of that video," Pattakos said. "If there were, we wouldn’t even be here today. They would've heard Whattley say 'You're free to leave at any time.'"

Talbert did not directly address the sound question, but asserted the footage "is extensive and it clearly shows the identified coaches engaging in actions that constituted inappropriate, demeaning, and divisive behavior in a misguided attempt to instill discipline in the student-athletes." In addition, he said the district spoke with the coaches involved in the situation as well as a number of players who were present.

The administration was first made aware of the "troubling actions" just after they occurred on May 24, and the coaches were suspended shortly thereafter. 3News later broke the story of the specific claims made against the coaches, with the attorney representing the player's family saying the staff knew the teen could not eat pork due to his being a Hebrew Israelite.

Following disciplinary hearings, the school board voted unanimously to terminate Wattley and six others (mostly from the defensive staff) during a special meeting last Friday. Pattakos immediately shot back, telling reporters the player was "not fulfilling the role of a team leader" and that Wattley was "trying to teach a lesson."

"The idea was, 'Okay young man, you're so special? You want special treatment? Are you hungry? I'll buy you a pizza and we can all watch you eat. You're the king, you're the prince,'" Pattakos said. "It was along those lines, and the kid knew he was being disciplined."

School officials have noted the practice in question was not mandatory, and the player's family says he only didn't show up on May 20 (four days before the incident) because he was injured. Though their lawyer did admit the teen was allowed to pick the meat off the pizza (there still would've been grease residue), the district called the coaches' actions "inappropriate, demeaning, and divisive."

"Let us be clear, the Canton City School District holds our coaching and general staff to the highest professional and ethical standards," Talbert said Wednesday. "Anything short of these standards is unacceptable and will not be tolerated."

Wattley, who led the Bulldogs for two seasons as head coach, is still technically employed as an academic liaison for McKinley, and he along with three others will find out their non-football employment status in the coming days. The three remaining ousted coaches did not have any jobs outside the football team.

One other coach was suspended when the scandal first broke, but thus far he has not been disciplined. Athletic director Antonio Hall, a former star offensive lineman at both McKinley and the University of Kentucky, has been named the Bulldogs' interim head coach for the 2021 season.