Del Valle's Caleb Burton knows his good hands will take him far. The good hands he's in will help him get there. 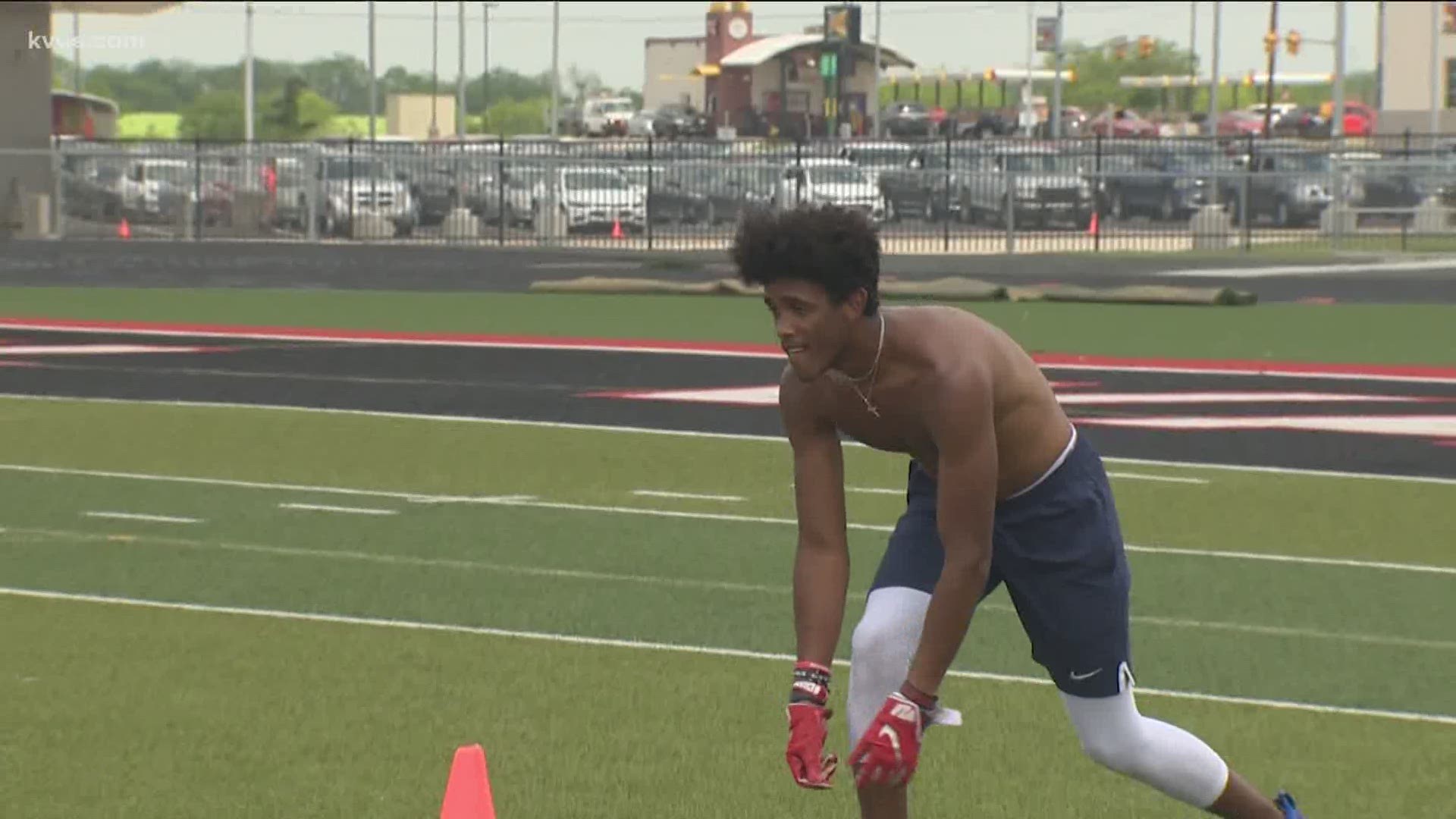 Caleb Burton's burst into the "elite recruit" category was as sudden as his burst off the line of scrimmage.

The No. 4 recruit in the state of Texas for the class of 2022 and No. 6 wide receiver in the country has 35 offers from FBS schools (including Texas, Oklahoma, Alabama and Ohio State), despite not playing football competitively until middle school and not playing wideout until his freshman year of high school.

“When I had no offers, I was looking at all the other kids that had offers. I just knew I really wanted that,” Burton said.

His goal right now is to make sure his route to the next level is as precise as the routes he runs for Del Valle.

To reach that destination, the rising junior won't be alone in his journey.

He'll enlist the help of his dad and Del Valle head coach Charles Burton — a former linebacker at Syracuse and in NFL Europe.

“I want to be able to give them information that’s not necessarily going to sway them," Charles Burton said. "I want to give them questions to ask. To be thoughtful. To realize you’re looking for the best situation for you.”

Charles Burton has set out to make sure his son's talent is maximized.

“When I saw things were going pretty good and he started to blow up a little bit, we wanted to make sure the proper training was in place,” Charles Burton said.

So Charles Burton has called upon Derrick Lewis, a former San Diego State wide receiver who spent time in the NFL with the Saints, Buccaneers and Texans.

“We use the hill to make sure that a player is covering ground with every step," Lewis said. "The drills that we do as far as change of direction are always on an incline first before we do it on a flat field ... He looks like a cat a lot of times in double-move routes.”

Pops, meanwhile, helps with the mental side of the game.

"The most important piece he’s ever told me is stay humble, stay blessed,” Caleb Burton said.

“[Caleb] loves the game, which is good to see," said Charles Burton. "He’s studying it, he’s watching it. He’s striving for perfection in his craft.”

Caleb Burton knows his good hands will take him far ... and also knows the good hands he's in will help him get there.

“I just can’t wait until the time comes to showcase my talent in front of everybody and have a breakout junior season,” Caleb Burton said.

LBJ's Brendan Jones gets creative with workouts during COVID-19 crisis