She was hit and killed by a suspected drunk driver. Her football jersey will be retired

Sophie Delott, 17, donned the No. 22 on her jersey. The school said they will retire it during its home football game. 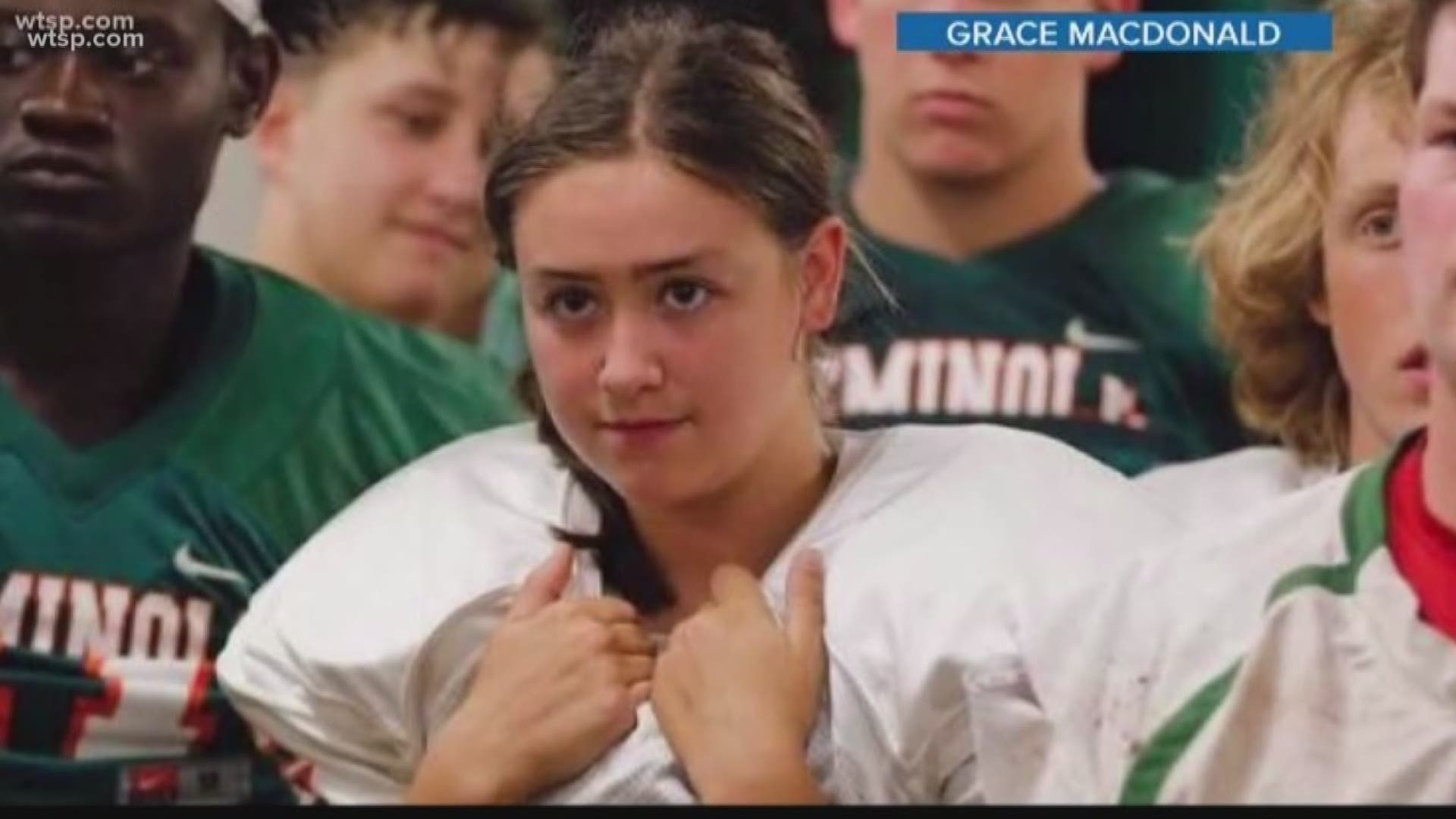 INDIAN ROCKS BEACH, Fla. — The Seminole High School Warhawks plan to retire the No. 22 jersey in honor of their football player who was hit and killed by a suspected drunk driver.

A tweet noted the jersey of 17-year-old Sophie Delott will be retired during the Aug. 16 home opener against Gibbs High School. "No Warhawk football player will ever again wear #22," the tweet reads.

Delott, the only girl on the school's football team, was riding her bike June 28 in the bike lane on the Indian Rocks Causeway Bridge when she was hit and killed. Neil Singhal, 69, was charged with DUI manslaughter for the crash.

Warhawks coach Chris Miller said Delott had joined the Marines and was considered the leader of all new recruits going through boot camp.

“I hope everybody just remembers her as exactly who she was, which is a selfless, humble, hard-working, dedicated young lady who was taken from us way too soon,” Miller said. “There's just no other way to put it.”