What happened after the game is what is being remembered, shared and celebrated. 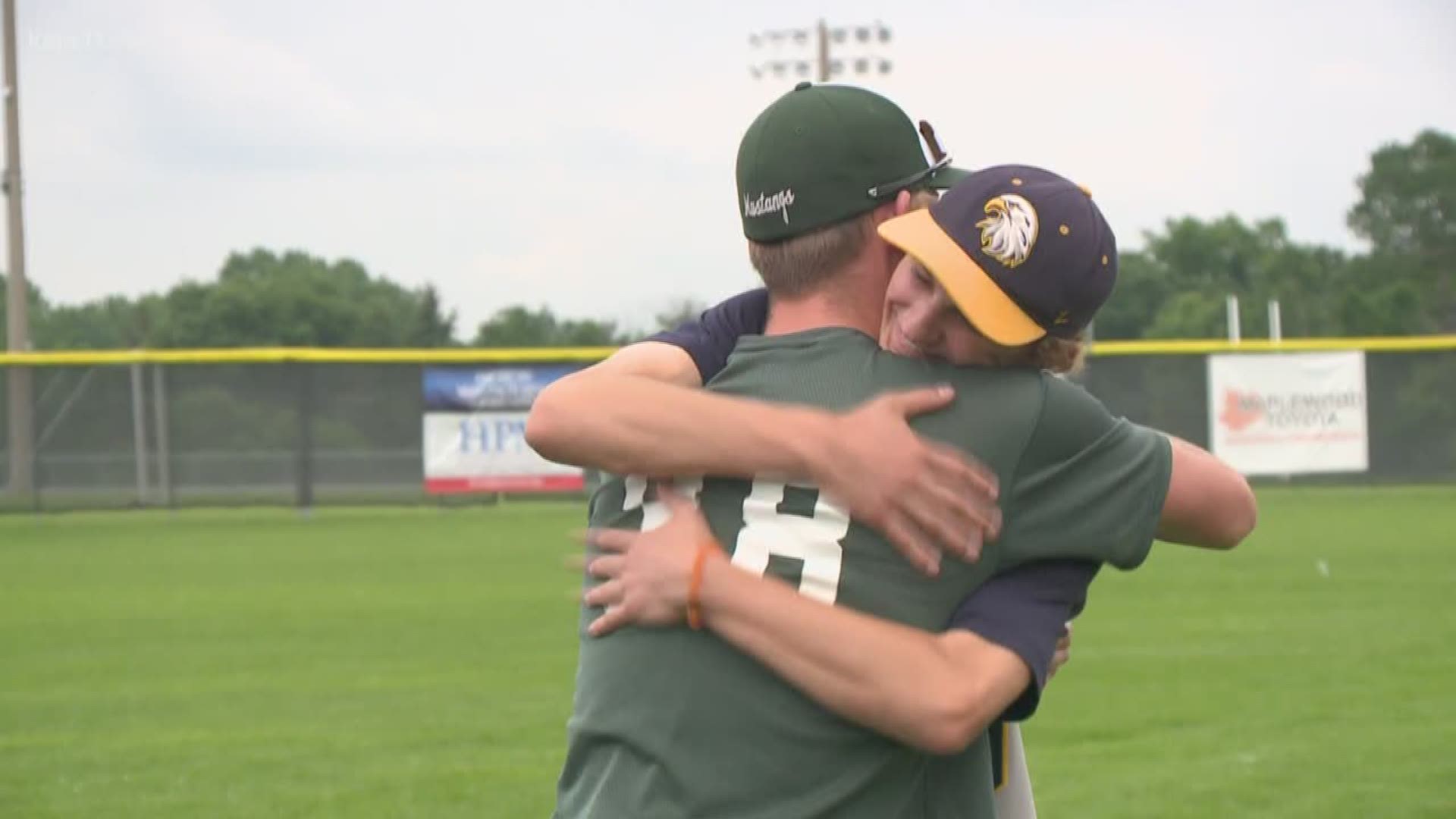 SAINT PAUL, Minn. - It is a "strike him out, hug it out" display of sportsmanship that has gone viral.

Last week, Mounds View played Totino-Grace in Minnesota boys high school baseball to determine who would go onto the Class 4A state quarterfinals. With Mounds View leading 17-10, the Mustangs called on pitcher Ty Koehn to close out the win. With two outs Totino-Grace’s Jack Kocon walked to the plate hoping to extend his team’s season for at least another at-bat.

It didn’t happen, Koehn struck out Kocon. But what happened next is what is being remembered, shared and celebrated.

A little different angle of the at bat... pic.twitter.com/d9G4MWGhqa

Instead, of celebrating with his teammates Koehn rushed past them to hug and congratulate Kocon on a great season.

That's because Koehn and Kocon have been friends for years. The two baseball players grew up playing little league together, but ended up going to two different high schools.

“It was kind of instinct to just go up to him, Koehn says. "I told him how amazing he is at baseball and that our friendship is way more important than the outcome of any game."

Kocon says he didn't know who was hugging him at first, because he was hanging his head low after the game.

He was happy to see the face of his close friend when he looked up during the hug.

"Everybody knows what it feels like to be in that situation," Kocon says. "I felt like I let my team down and to have Ty come up to me at the end of the game was huge."

A big thank you to the parents of both these boys. Raising a young man to be compassionate beats everything.