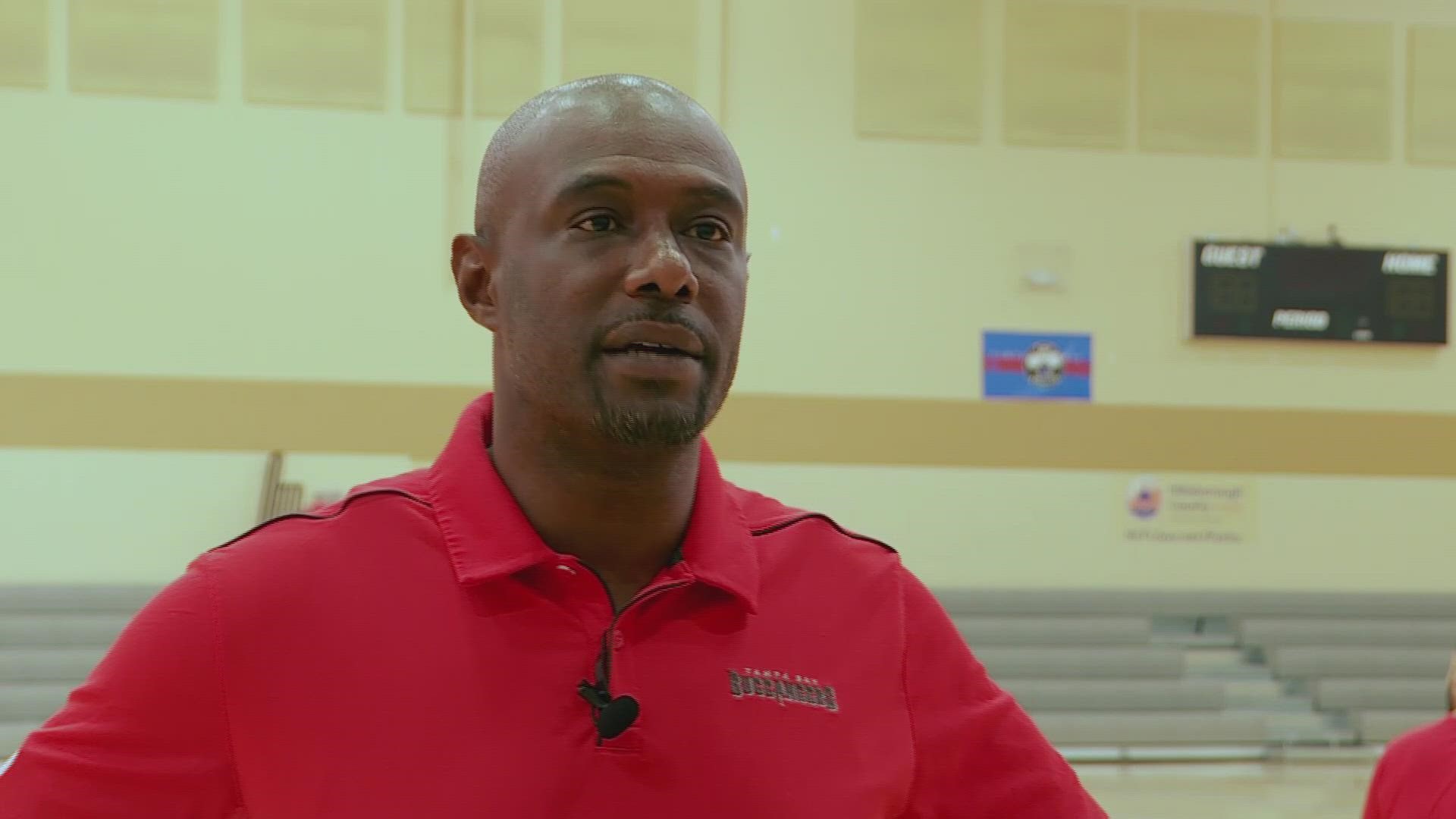 The Super Bowl-winninng Tampa Bay Buccaneers begin the 2021-2022 NFL season with their first matchup against the Dallas Cowboys on Sept. 9. Leading up to the first game, the team has kicked off its season by also collaborating with the community for a number of events.

But they aren't the only football team gearing up for its first big matchup.

The team got a special visit from Super Bowl XXXVII MVP, Dexter Jackson,  who spoke with the team at practice and presented them with helmets and gear for their upcoming games.

“The Tampa Bay Buccaneers wanted to come out and represent them and show them how much we are behind what they are trying to do,” Jackson said at practice.

Hillsborough Caleb Schillace senior supervisor for Hillsborough Parks and Recreation said the team will head to Phoenix to play on the field. The team was started back in July. The first game is this Friday, Sept. 10, against Ability Free 60, affiliated with the Arizona Cardinals.

The USE Wheelchair Football league is part of the "Moved United" program and league expansion was made possible through NFL Salute to Service and the Bob Woodruff Foundation.

RELATED: The Buccaneers participate in series of community impact events alongside preparation for NFL season kickoff