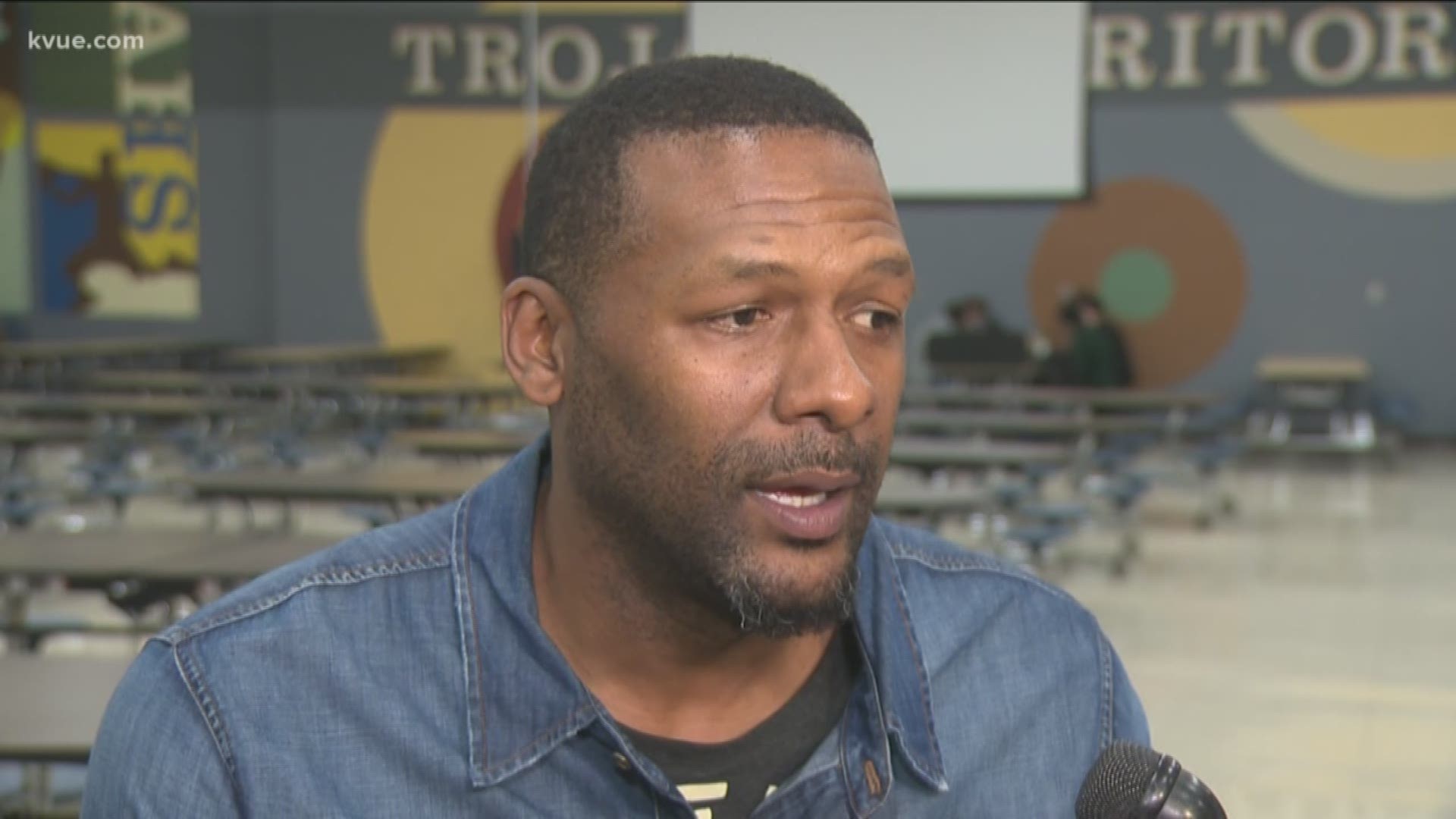 In the 1992-93 season, Anderson finished one win shy of the state tournament, losing 64-63 to Waco University in the state quarterfinal round. The Trojans fell in the state championship game in 1994 to Plainview, 54-52.

Clack went on to play for the University of Texas, becoming the Longhorns' first McDonald's All-American signee.

At his jersey retirement ceremony, he spoke fondly of his time with the 'Horns.

"I bled orange before I got there. I didn't take any college visits because I already knew where I wanted to go," he said.

In his four seasons at the University of Texas, Clack started in 107 games out of 120 total games played, scored 1,592 points, grabbed 771 rebounds and recorded 239 steals.

"With the coaching style of [former Texas head coach] Tom Penders and my playing ability, I just knew he was going to let you play basketball. He's not going to hold you back," Clack said.

Clack is currently a special education teacher at LBJ High School where he helps coach the JV basketball team as well.

"The teammates, the stories, the friendships that I've made, the brotherhood that we continue to create, it was fun times," he said. "But at the same time, I feel like I have so much to give, so much more not just for myself/ With me coaching now, [I'm] giving someone else the opportunity and someone else the knowledge to live out something like I did or even greater."

You can get married or renew your vows at Whataburger