On Wednesday, the NBA, WNBA, and MLS all saw games postponed as the sports world once again called for racial justice. 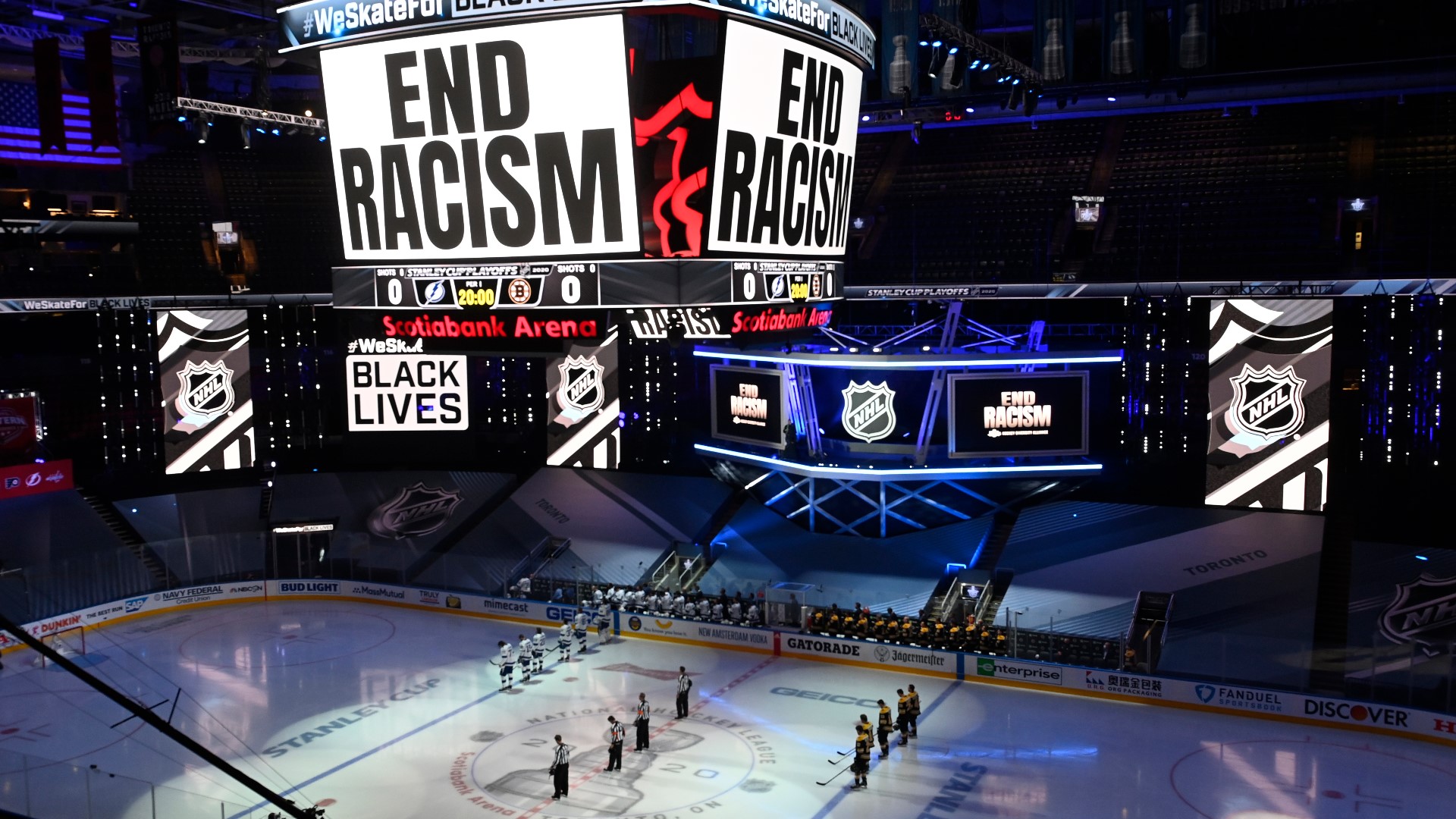 TORONTO, ON — On the heels of other professional sports teams postponing games in protest of the police shooting of a Black man in Wisconsin, the Lightning and Bruins will not play Game 4 on Friday.

Their game, along with three other NHL games, will be rescheduled, and the Round 2 playoff schedule will be adjusted accordingly.

The NHL later confirmed the news.

"After much discussion, NHL Players believe that the best course of action would be to take a step back and not play tonight’s and tomorrow’s games as scheduled," the NHL said. "The NHL supports the Players’ decision and will reschedule those four games beginning Saturday and adjust the remainder of the Second Round schedule accordingly."

A Lightning spokesperson said the exact time of the rescheduled Game 4 has not yet been set.

"Black and Brown communities continue to face real, painful experiences. The NHL and NHLPA recognize that much work remains to be done before we can play an appropriate role in a discussion centered on diversity, inclusion and social justice," the NHL wrote.

"We understand that the tragedies involving Jacob Blake, George Floyd, Breonna Taylor and others require us to recognize this moment. We pledge to work to use our sport to influence positive change in society."

The Tampa Bay Lightning also commented on the postponement of Friday night's game:

“The Tampa Bay Lightning stand in solidarity with our players in electing to postpone the Stanley Cup Playoffs in order to advance the conversation on racial injustice and systemic racism. These issues that plague our society only serve to divide us and are far bigger than sports. We encourage the community to stand alongside us and continue to demand change and equality for all."

On Wednesday, the NBA, WNBA, and MLS all saw games postponed as the sports world once again called for social justice.

Their stance was in the name of 29-year-old Jacob Blake, who is in the hospital paralyzed from the waist down, after an officer reportedly shot him in the back seven times.