The Center Grove Rugby Club, which was made up of a bunch of kids who never played rugby before, actually turned out to be really good. 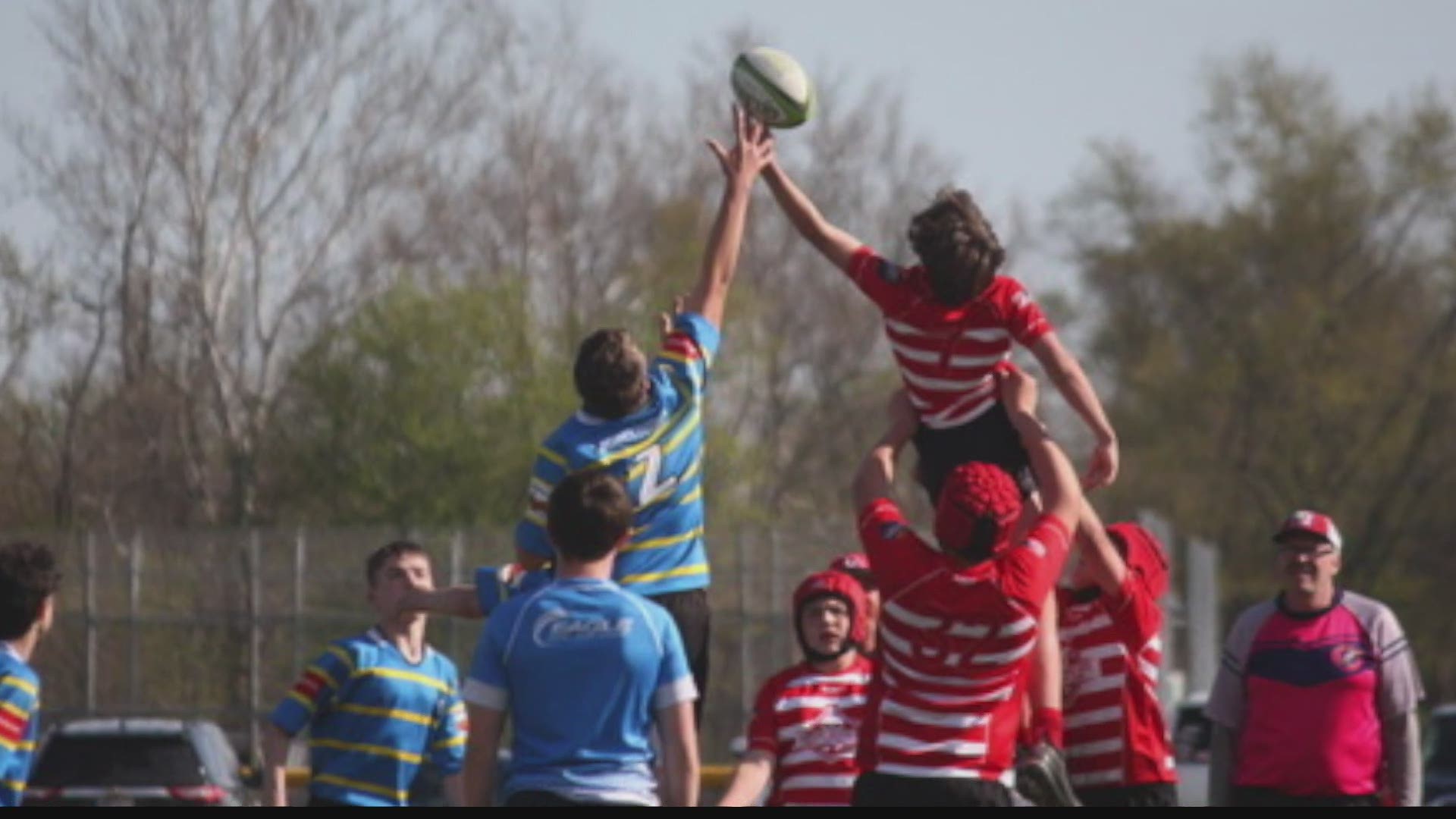 “I was actually approached at the beginning of 2020 by some parents who found out that I had played rugby from the age of seven back in England, and they asked me if I would coach,” said Craig Lyness, the Head Coach of the Center Grove Rugby Club.

“We were fortunate enough to be state champions in our first season actually playing the sport, so we're all delighted,” Lyness said.

They’re so delighted that Coach Lyness now wants to expand the rugby team at the middle school level, and he and some parents want a Rugby Club at the elementary school and at Center Grove High School.

“I think it would be fantastic for the area,” Lyness said.

So what makes rugby so darn addictive?

“How it doesn’t stop!” exclaims Nolan Rees, an eighth grader on the Center Grove Rugby Club.

“It's a continuous sport,” Lyness added.

But friendship and camaraderie are also huge components of rugby’s appeal.

“The home team always has a whole bunch of food after and both teams eat together after the match,” Rees said. “It’s just super friendly.”

“The friendships they last forever,” Lyness said, adding that he’s still buddies with guys he played rugby with when he was 7 years old.

But did Coach Lyness have a tough time explaining the rules to these Center Grove wrestlers and swimmers who never played rugby before?

“Yes, and even the footballers,” he recalled. “You have to pass the ball backwards, everybody can tackle, everybody can pass, everybody can run with the ball. There's just one of you carrying the ball, and there's 15 of them trying to stop you.”

Safety is also a concern for some parents.

“That’s the most common question I get,” says Coach Lyness. “What I was taught when I was seven years old, is safety is paramount in rugby. If you tackled in the right technique and they're doing it the right way, you won't get hurt.”