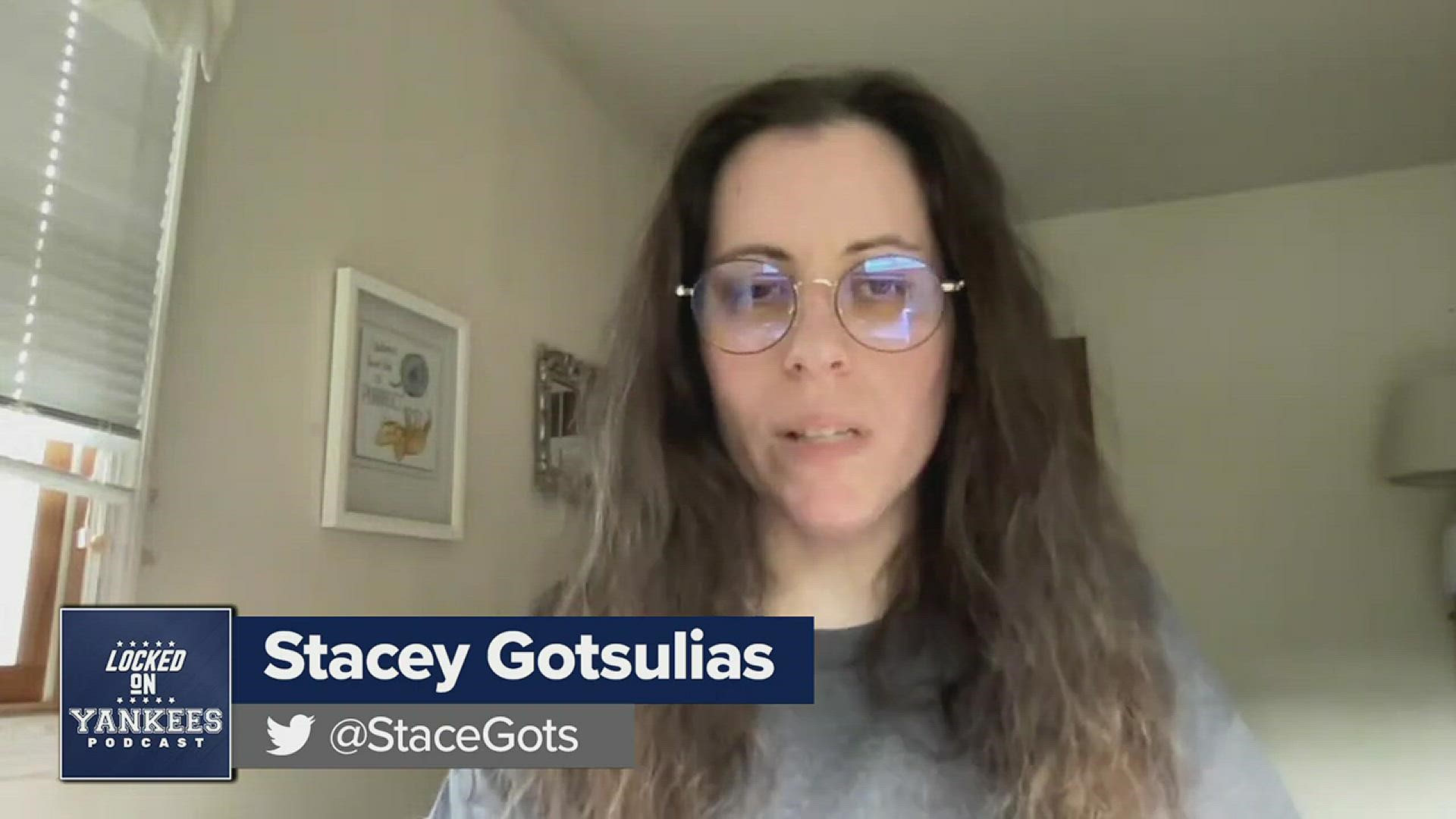 COOPERSTOWN, Pa. — After a 20-year MLB career with 14 All-Star appearances, a Rookie of the Year honor and five World Series titles, Derek Jeter is officially in the Hall of Fame.

The former New York Yankees star shortstop and captain was inducted into the Baseball Hall of Fame after a long wait due to the pandemic.

Jeter took the stage after fellow inductees from the class of 2020. Ted Simmons, Larry Walker and the late Marvin Miller were honored.

SUBSCRIBE to the Locked On Yankees podcast and hear today's special episode on Jeter and the Hall Of Fame ceremony.

“I’m so honored to be inducted with you guys and linked to you forever,” Jeter said. “The Hall of Fame is special because of those who are in it. We’ve lost way too many Hall of Famers over the last 20 months. These are all Hall of Famers who would have or could have been here, so for that reason it’s not the same.”

Jeter also made sure to get in a jab on the one writer who did not vote him into the Hall of Fame. Jeter received 99.7% of the vote, with only one anonymous writer leaving him out out of the 397 ballots cast.

"Thank you to the baseball writers, all but one of you," Jeter said.

In Jeter's 20-year career, he helped the Yankees win five championships, including four in his first five full-time years playing with the Yankees after being drafted in the first round of the 1992 MLB June Amateur Draft.

“I had one goal in my career, and that was to win more than everyone else, and we did that, which brings me to the Yankee fans,” Jeter said.. “Without question, you helped me get here today as much as any individual I’ve mentioned.”

“That first year that he played, you knew he was someone special, that it wasn’t a fluke. And he just kept going," Gotsulias said. "Was he the best player ever? No, no, he wasn't. Were there other players from his era that were better? Yes, there were. Would he have had the kind of career that he had if he wasn't on the Yankees? Probably not. But I feel like him being on the Yankees is what made him so great and made him want to work harder to be a better player, because he thrived on that pressure of being a Yankee."

Jeter retired from baseball following the 2014 season. He finished his career with 3,465 hits and a career .310 batting average with 260 homers and nearly 400 stolen bases.

Derek Jeter was officially inducted into the Baseball Hall of Fame today. Hear @StaceGots on today's @LockedOnYankees break down the ceremony and Jeter's illustrious career #JeterHOF