Bucs linebacker Devin White says he was born to lead, capable of NFL Defensive Player of the Year

Bucs linebacker Devin White joined the Locked On Bucs podcast to talk about fans being back in the stands, his leadership ability and his potential on the field. 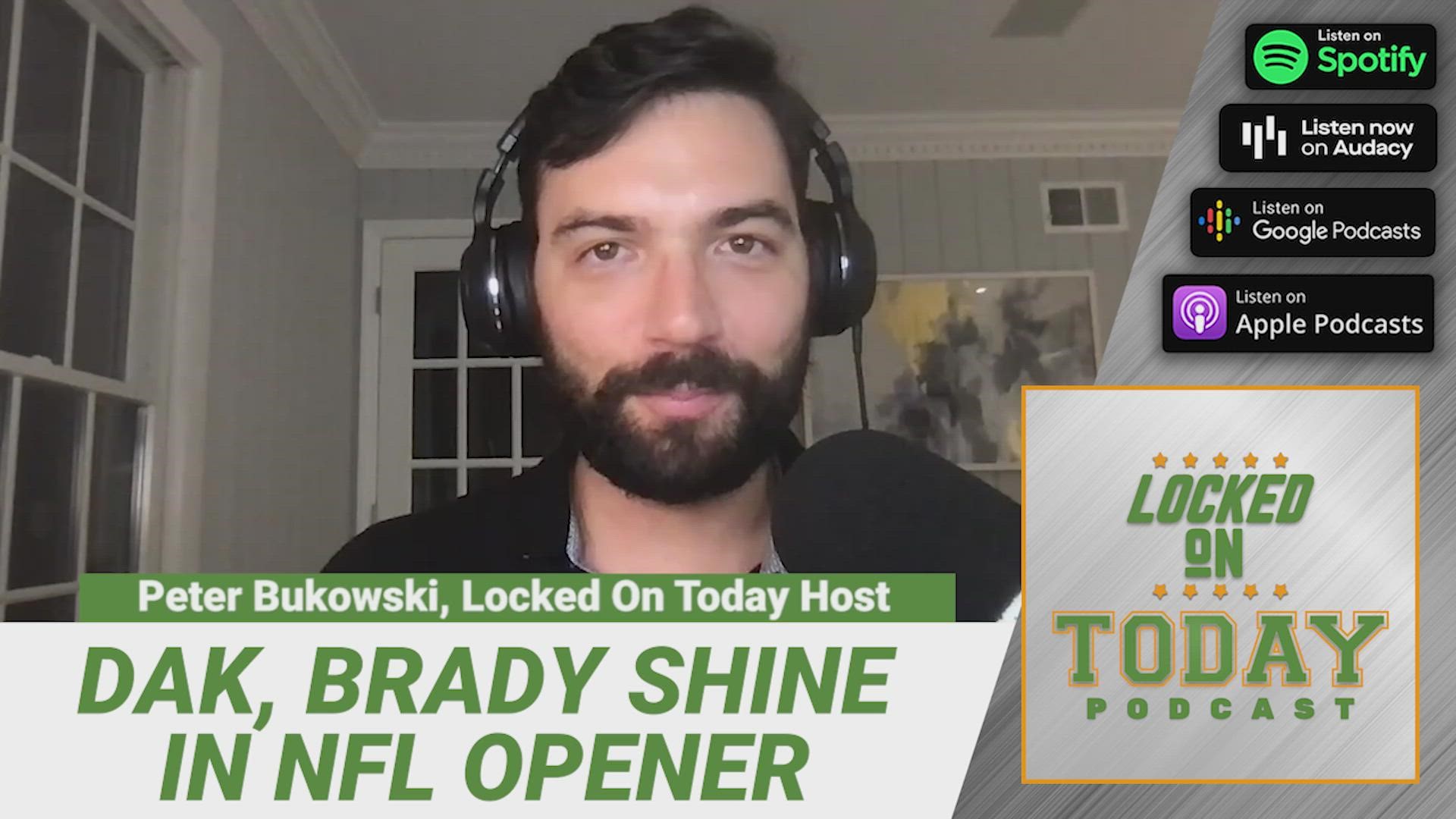 TAMPA, Fla. — Devin White is just 23 years old, entering his third season with the Tampa Bay Buccaneers after being drafted with the fifth overall pick in the 2019 NFL Draft.

White was impressive in his rookie season. In 13 games he recorded 91 tackles, three forced fumbles and an interception. He was chosen as a team captain heading into last season, just his second year in the league.

Last season, he recorded 140 tackles and nine sacks in 15 games. And coming into this season he's hungry for more.

White joined the Locked On Bucs podcast on Thursday to talk about fans being back in the stands, his leadership ability and his potential on the field.

Listen for free wherever you get your podcasts.

Locked On Bucs host David Harrison asked White if NFL Defensive Player of the Year is something he has his eyes on and what his approach to attaining something like that is.

“I approach it in the manner that I know I’m a player that’s capable of winning awards like that,” White said on Locked On Bucs. “Also, just trusting my coaches and just trusting the scheme that I play in that it’s going to present the opportunity to go make big-time plays and when the moment presents itself, that I've got to be big in the moment and I feel like all the accolades at the end, come with me owning that moment."

White said while his play will speak for itself, he believes fans will see his continued growth as a leader on and off the field this season.

"My leadership. That's what it starts with. To be a great team, you gotta have a great leader. I think I'm that guy. I think I was always chosen in  my life to be that guy," White said.

Catch Bucs linebacker Devin White on today's @LockedOnBucs podcast talking with @DHarrison82 about this year's squad, his growth, Bucs fans being back and more!

After no fans for much of last season's incredible title run, White is ready to run it back with fans back in the stands.

“I’m very excited to have fans back in the stadium,” White said. “Fans make it even more of a game just because of the camaraderie. Just the loudness (on) third downs, getting them up on their feet, having home field advantage...it has a major impact on the game within itself.”

White is partnering with Pepsi this year, who launched their “made for football” campaign last year with fans not in the stands. With fans returning, Pepsi partnering this year with NFL players to keep the party going.

Not only do they have some of the favorite faces and talents from around the league involved, but those athletes are also giving something fans can carry into their own game-day traditions.

“It’s been great to work with Pepsi,” Buccaneers linebacker Devin White told me in a conversation ahead of the team’s Week 1 match-up against the Dallas Cowboys. “...football and Pepsi (are) two of the greatest things in the world, so I’m glad that I could team up with them.”

SUBSCRIBE to the daily Locked On NFL podcast, free and available on all platforms

Find the daily Locked On podcast for YOUR NFL team here!