He might have the highest ceiling of any player the Super Bowl LV champs could have picked at that spot Thursday night. 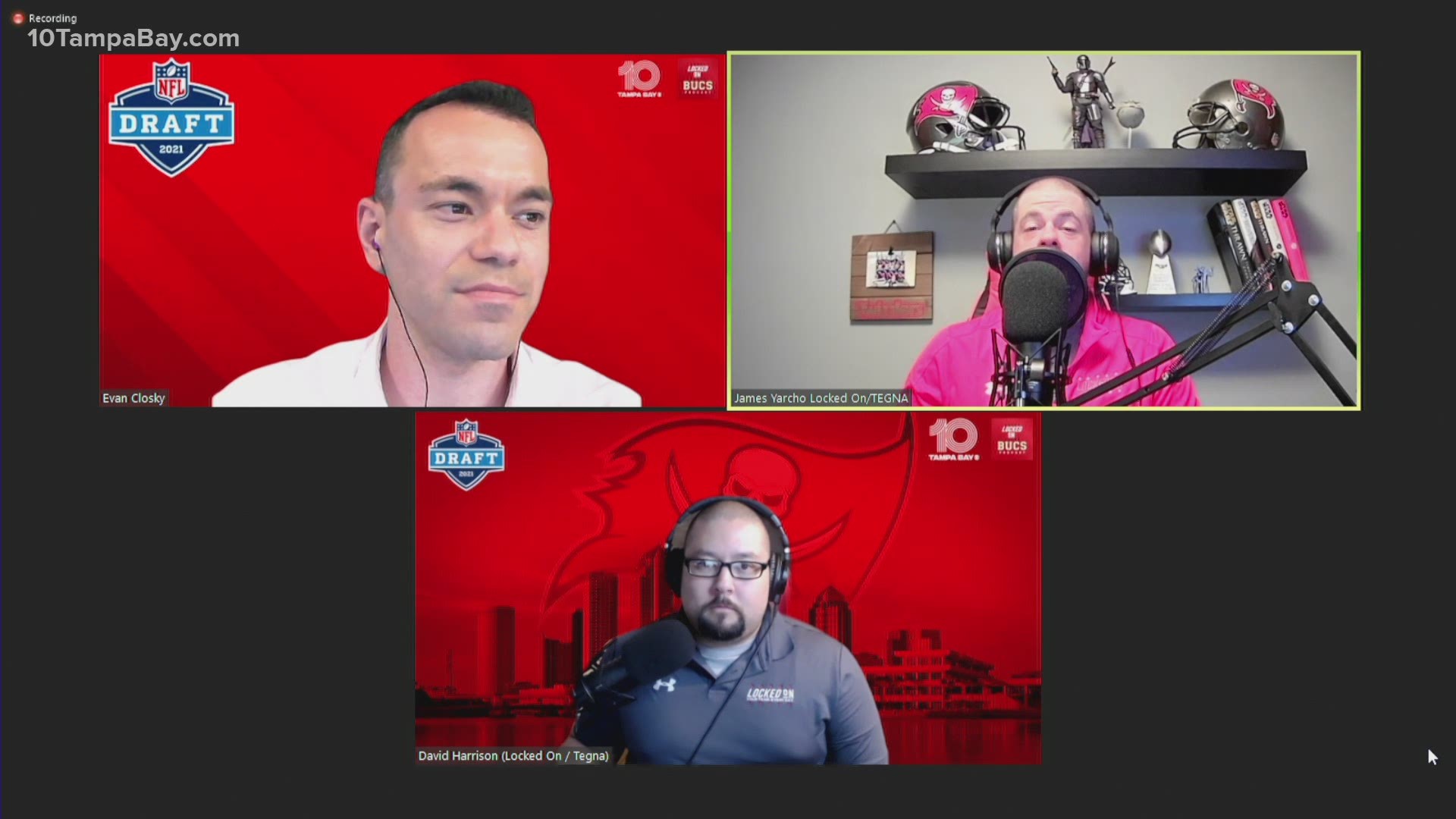 TAMPA, Fla — It was a player whose name began swirling around Buccaneers circles as the draft got closer, but to many it still came as a bit of a surprise. With Azeez Ojulari, Jeremiah Owusu-Koramoah, Tevon Moehrig, and Christian Barmore all still on the board, the Tampa Bay Buccaneers selected Washington Huskies edge rusher Joe Tryon.

Well, it’s because he may have the highest ceiling of any player they could have picked at that spot last night. Tryon is long, lean, quick, and explosive. At 6-foot-5 and 260 pounds, Tryon ran a 4.5 second 40-yard dash even without having played football since 2019. His hand skills are among the best in the class, his two-step burst is eye popping, and he can cover when asked to. These are things that are only going to get better with time and proper coaching.

This is the luxury the Buccaneers had. They didn’t have to draft someone who was plug-and-play ready. They drafted a pass rusher who can be molded into one of the most disruptive and productive players in the NFL. Not only does he have all the raw physical tools and traits you would want in a pass rusher, but he’s excited to get better.

“I’m going to be a sponge,” Tryon told the Bucs media following the draft. “Those dudes are some really big time players. They’ve been doing it, playing at a high level for the past decade. So, I can’t wait to soak all that in and just learn from them.”

As a three-star recruit out of high school, Tryon is no stranger to the dedication and work it takes to become one of the best at what he does. He was a second team All-PAC-12 in 2019 as a redshirt sophomore before opting out of his junior season. Truth be told, Tryon might have been taken long before the Bucs could get their hands on him had he played last season. With the trajectory he was on, Tryon might have been the first defensive player off the board had this been a normal year.

He’s not going to start. He’s not going to be a rookie named to the Pro Bowl. What he is going to do is take advantage of the opportunities he has, being a rotational and situational pass rusher to get after Matt Ryan, Sam Darnold, and Jameis Winston. Just sit back and enjoy the growth that we’ll witness in his rookie campaign and be prepared to refer to him the same way you do players like Chris Godwin, Vita Vea, Lavonte David, and Antoine Winfield Jr. - an absolute steal.

More from Locked On Bucs: