Joe Tryon: Was he the right pick for the Buccaneers? And what will his role be?

The Tampa Bay Buccaneers drafted linebacker Joe Tryon out of Washington with the 32nd pick in round one of the 2021 NFL Draft. 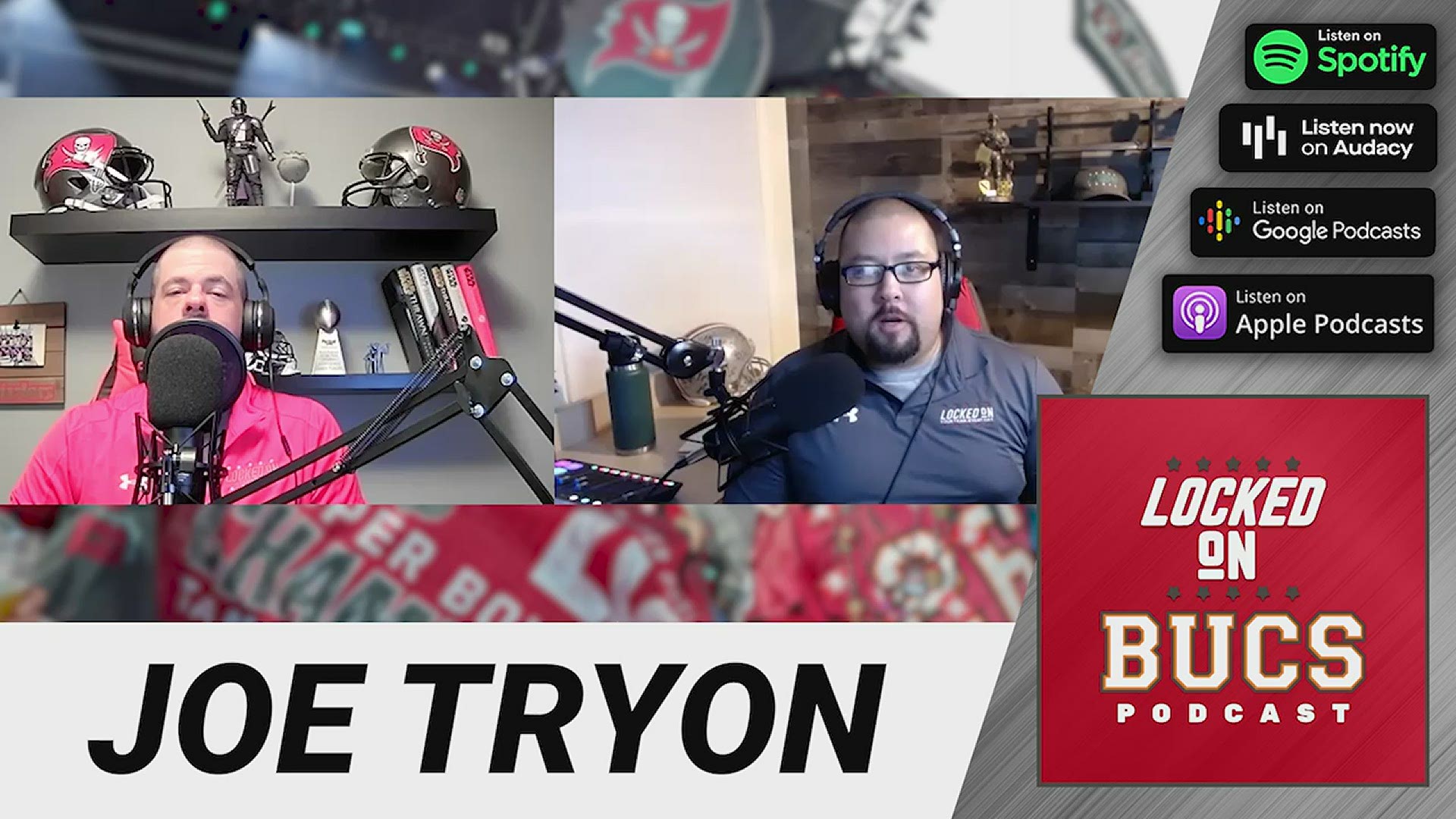 Well, for starters, a depth player who will contribute on special teams while hopefully developing in preparation for a starting role in the next year or two.

It’s easy to draw those conclusions based on the position Tryon was selected in, the situation on Tampa Bay’s roster, and comments coming from the organization since the pick was made.

There’s more to Tryon though, and to get more of the story, I turned to the host of the Locked On Pac-12 Podcast, Cindy Robinson.

Covering the entire conference is a tall task for anyone, but Robinson is up to the task and has a special connection having earned degrees from both Washington State and USC. Don’t worry though, her professionalism won’t let her skew her opinion of this Washington Huskies product, as she dove into some of the finer details of what made Tryon a first-round pick for the Super Bowl champs.

Speaking generally, Robinson said, “He wasn’t expected to go as early as he did. Now, especially considering he opted out of the 2020 season, there was a little less, I guess, tape to look [at] for him. But, he did have a great 2019, so it wasn’t too far-fetched.”

There was a run on edge rushers to end the first round of the 2021 NFL Draft as Rousseau, Oweh, and Tryon himself were the final players taken Thursday night.

THE PICK IS IN! 🏈 With the 32nd pick in round one of the 2021 NFL Draft, the Tampa Bay Buccaneers select linebacker Joe Tryon out of Washington. https://t.co/K9dNT6lIis #GoBucs #NFLDraft pic.twitter.com/RgptZTbABC

Seventeen picks would come and go in round two on Friday before another edge rusher was taken. Only eight picks stood between the beginning of day two and the selection of defensive tackle Levi Onwuzurike. The teammate of Tryon’s at Washington was a late favorite by experts and analysts to potentially be the first-round pick for the Buccaneers. A fact not lost on Robinson.

“I do think that people expected Levin Onwuzurike to go in the first round over [Tryon], so that was a surprise...the Bucs drafted what they wanted, not what they needed,” she said.

It may sound weird to hear an NFL team entered the draft able to focus on what can be called luxury picks over needs, but that’s exactly the situation Jason Licht and Tampa Bay found themselves in this year.

Returning all of your Super Bowl starters and most of your role players will unlock a lot of draft night freedom.

So, while the Bucs may have taken the less lauded Huskies prospect, there’s no doubt they landed a young man who will bring value to the roster and the franchise. As evidenced by his work while he wasn’t playing and practicing with his collegiate team after opting out of the 2020 NCAA Football season.

“During that time, once he decided to opt-out in August, he went to [Los Angeles] and started training right away,” said Robinson. “And he trained as an NFL pro before he was even a pro. He signed with his agency and then they hooked him up with Proactive Sports Performance, and he wasn’t the only one that worked out there. Penei Sewell (OT, Oregon / Detroit Lions first-round pick) was there, Micah Parsons (LB, Penn State / Dallas Cowboys first-round pick), and Jay Tufele (DT, USC / Jacksonville Jaguars fourth-round pick), so they got to train together along with NFL players…”

Oftentimes when you discuss the transition to professional football, young players will mention staying in shape without organized activities as one of the biggest hurdle. Tryon already experienced this dilemma, but was able to overcome it, staying in shape while also preserving his health.

It’s clear Robinson thinks the Buccaneers added a talented player with potential to spare, and the reaction from around media circles seems to be the same. Whether Jason Pierre-Paul specifically is a part of Tampa Bay’s future beyond the 2021 season or not, Tryon appears to have the talent, work ethic, and is now with a coaching staff and group veteran players who could help the fifth edge rusher selected, become the most successful.