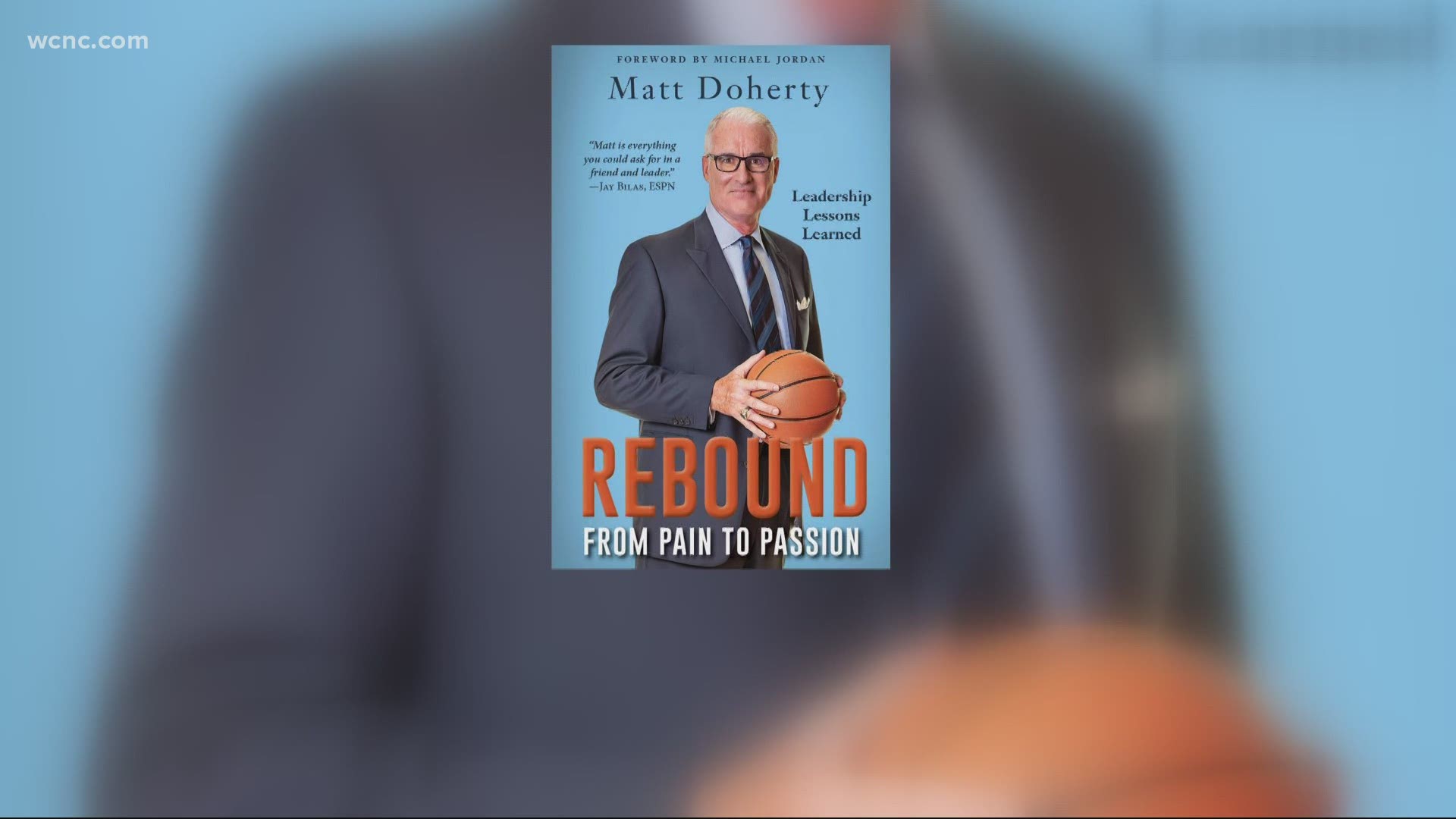 The book, found here, chronicles Doherty's trials and tribulations as head coach for the Tar Heels, which lasted three seasons before he resigned.

"After I lost my job in 2003, I went on my leadership journey and realized that leadership is not taught," said Doherty. "It is the most important topic, and it is the least formally taught. As a result there's a huge gap, and mistakes are made."

Doherty hopes leaders and future leaders can avoid what he calls the "landmines" he stepped on while coaching his alma mater.

He was named AP National Coach of the Year after his first season, and three years later was out of a job.

I spoke to former #UNC coach @DohertyMatt about his new book "REBOUND" and asked him what the toughest thing for him to rebound from was after things ended in Chapel Hill.

Doherty said writing the book was a form of therapy for him. So what was the biggest thing he had to "rebound" from?

"Probably my identity," he said. "That leads to a lack of confidence and that leads to depression. I didn't know who I was. That led to frustration and depression."

But Doherty has found fulfillment, he says, in guiding others through the book, and executive coaching.

"It's given me fulfillment," Doherty said. "Now I'm coaching again, but I'm just coaching corporate executives. I feel like I've connected and can help people who have gone through setbacks."

RELATED: LaMelo Ball a runaway for Rookie of the Year through first half of NBA season

RELATED: Hornets to welcome fans back to Spectrum Center