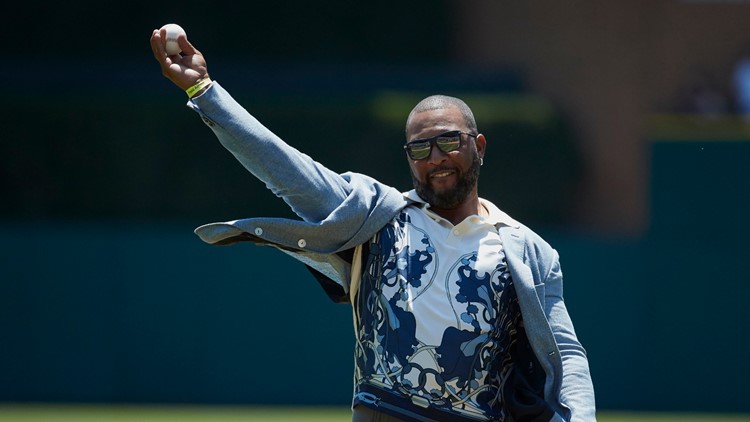 Photo by: AP
Former Detroit Tigers player Gary Sheffield throws out a ceremonial first prior to a baseball game between the Tigers and the Cleveland Indians in Detroit, Sunday, July 2, 2017. (AP Photo/Rick Osentoski)

Gary Sheffield, 51, proved he's still got it in the most casual but amazing way.

Arguably one of the top power hitters of his time, he showed his Instagram fans he can still hit the homers -- while casually smoking a cigar.

Either way, he proved that while his time in the big leagues may be over, he can still swing for the fences.

The amazing viral video was posted on Tuesday and already has more than 154,000 views with more than 820 comments.