If Braves advance, tickets are much pricier in NYC, DC, Houston 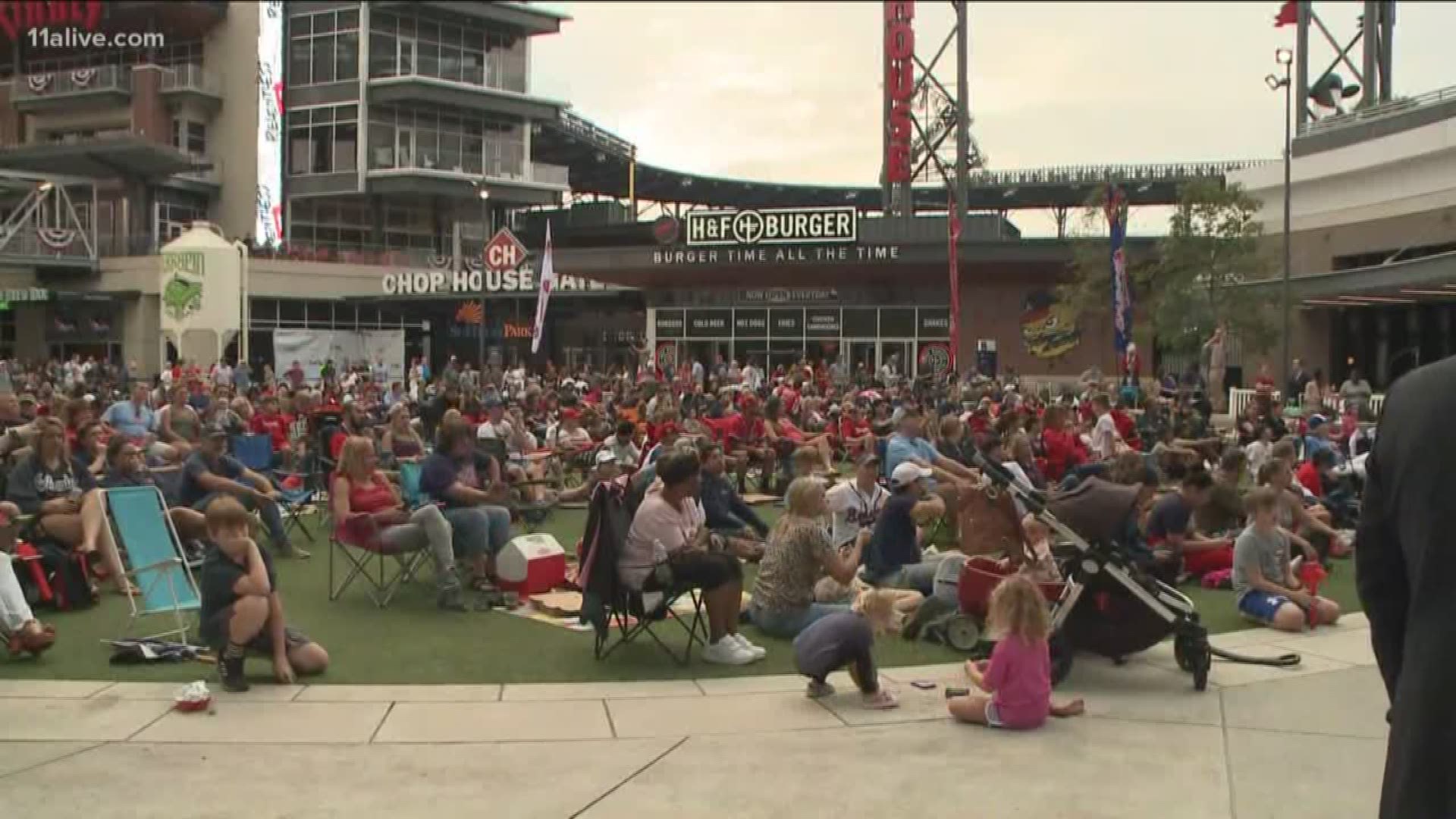 ATLANTA — Because Atlanta’s baseball team is actually leading a postseason series for the first time since 2002, it’s reasonable to look ahead to the next step.

If the Braves have to play a fifth NLDS game against St. Louis, StubHub has two tickets described as “Sun Trust Club 4” listed at $3,000 each.  There are upper level tickets also listed for as low as $61.65.

Tickets to the NLCS are already on sale.  As of noon Monday, grandstand tickets at SunTrust Park on StubHub are available for as low as 78.41. It would be the first-ever NLCS game at SunTrust Park.

Conversely, 4 home-plate level tickets described as “Chairman Seat 26” are on sale for $2,995 each.  StubHub had 27 other listings for tickets listed at $1,000 or higher for SunTrust park’s first NLCS game.

RELATED: The Braves can win their first playoff series since 2001 today

There are two disclaimers.

Number one:  the “first” NLCS game at SunTrust Park could actually be the third game of the seven-game series.  If the Los Angeles Dodgers get into the NLCS, the first two games of the series would be played at Dodger Stadium because LA had a better regular-season record than the Braves.

Number two: Fans buying tickets from Ticketmaster or StubHub for the NLCS would get refunds if the Braves lose to the Cardinals and don’t make it into the series.

So, compare the Braves prices above to games listed for other teams in the playoffs.  Per StubHub as of midday Monday, it appears New York Yankees fans are most likely to pay top dollar for ALCS tickets.  Houston Astros and Washington Nationals fans would also likely pay more than Braves fans for league championship series tickets.

From our Monday midday perusal of StubHub:

Arthur Blank standing by his man Dan Quinn - for now