Sunday's 13 inning marathon was a battle of the bullpens, something that won't do Tampa Bay any favors on Monday. 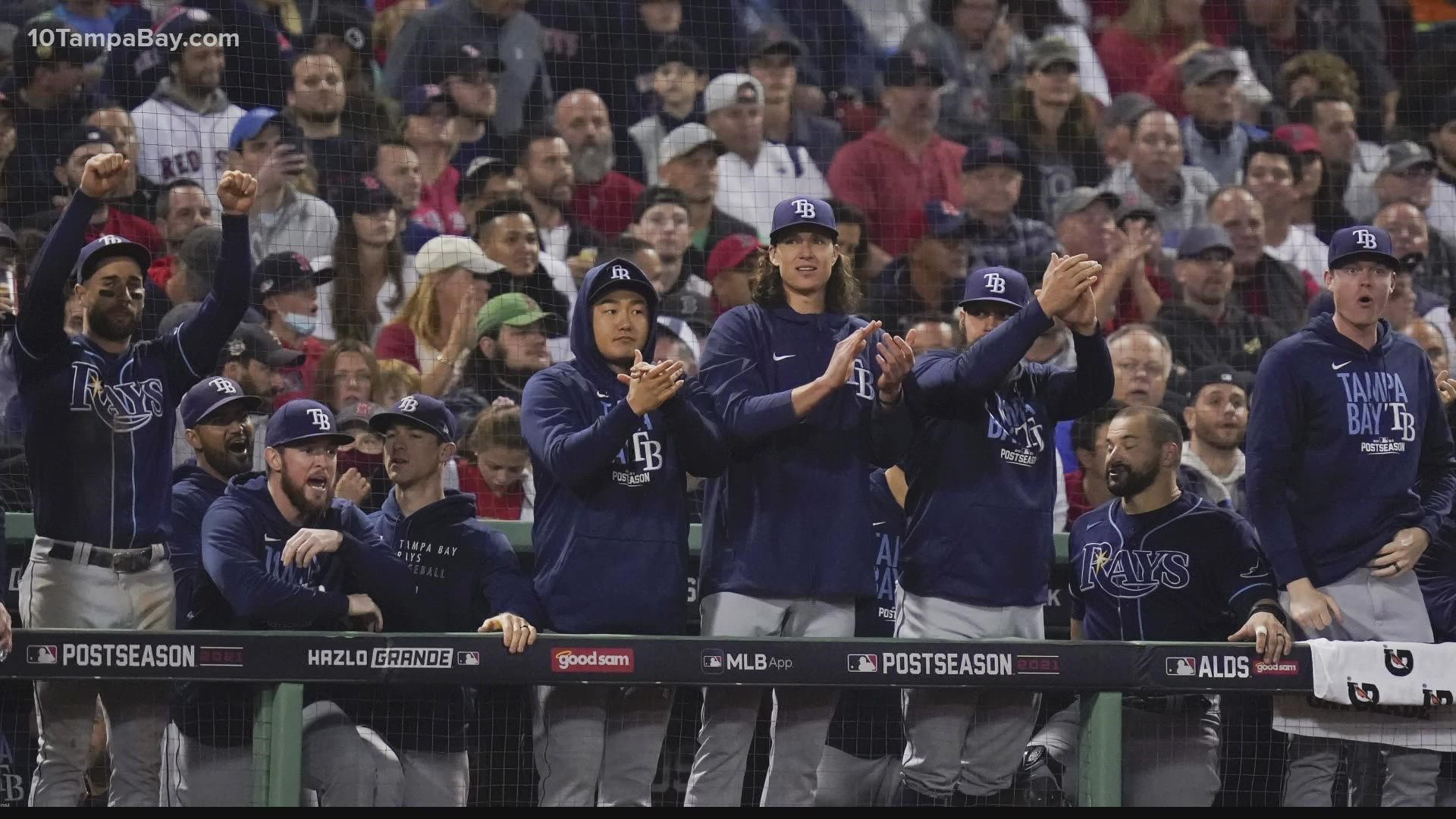 BOSTON — It's do-or-die time for the Tampa Bay Rays.

Despite a historic season and dominant win in Game 1 of the ALDS, the Rays are now on the brink of elimination after the Boston Red Sox took a 2-1 series lead on Sunday.

Following a 14-6 thrashing in Game 2, the Red Sox carried that momentum all the way to Fenway Park for Game 3 where they defeated Tampa Bay in extra innings.

That game devolved into a battle of the bullpens, something the Rays have a lot of experience in but has not been able to get right this postseason.

The team has not seen consistent pitching all season due to a slew of injuries – most notably ace Tyler Glasnow. Because of that, Tampa Bay has mainly relied on its relievers – throwing in pitchers for one or two innings.

During Sunday's 13 inning marathon, the Rays used 9 pitchers, including Luis Patino who was scheduled to start Game 4. That means the team is entering Monday with a worn-out set of arms. The good news is Boston is in no better position after relying on some of its best relievers for the victory.

Collin McHugh is scheduled to take the bump for Game 4 in Fenway Park. The last time McHugh was on the mound was Game 2. In that outing, he would give up three runs in nearly two innings.