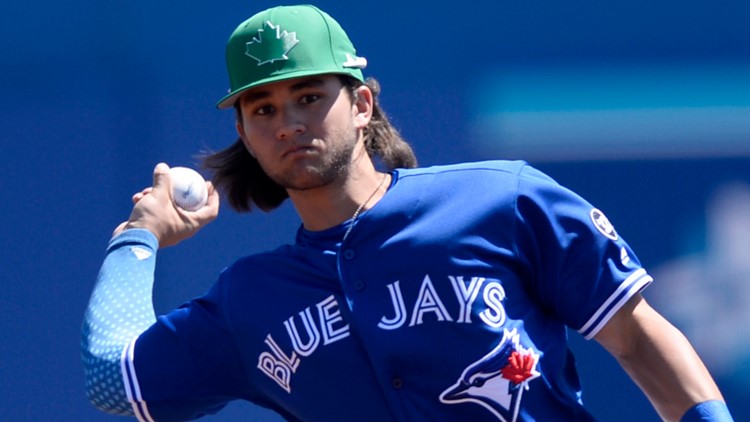 A former Lakeland High School standout was called up to the major leagues Sunday.

Infielder Bo Bichette, 21, was called up to play for the Toronto Blue Jays from the Triple-A Buffalo.

Bichette is hitting a .277 with eight home runs and 32 RBI in the 55 Triple-A games he’s played this season.

SportsNet reports Bichette was late being called up to the major leagues after he fractured a bone in his hand in April.

Bichette’s father, Dante Bichette, was also a big leaguer. That makes Bo the third son of former major league players to get on the Blue Jays' roster. He joins Vladimir Guerrero and Cavan Biggo, according to CBS Sports.