It all comes back to the power of the cowboy boots. 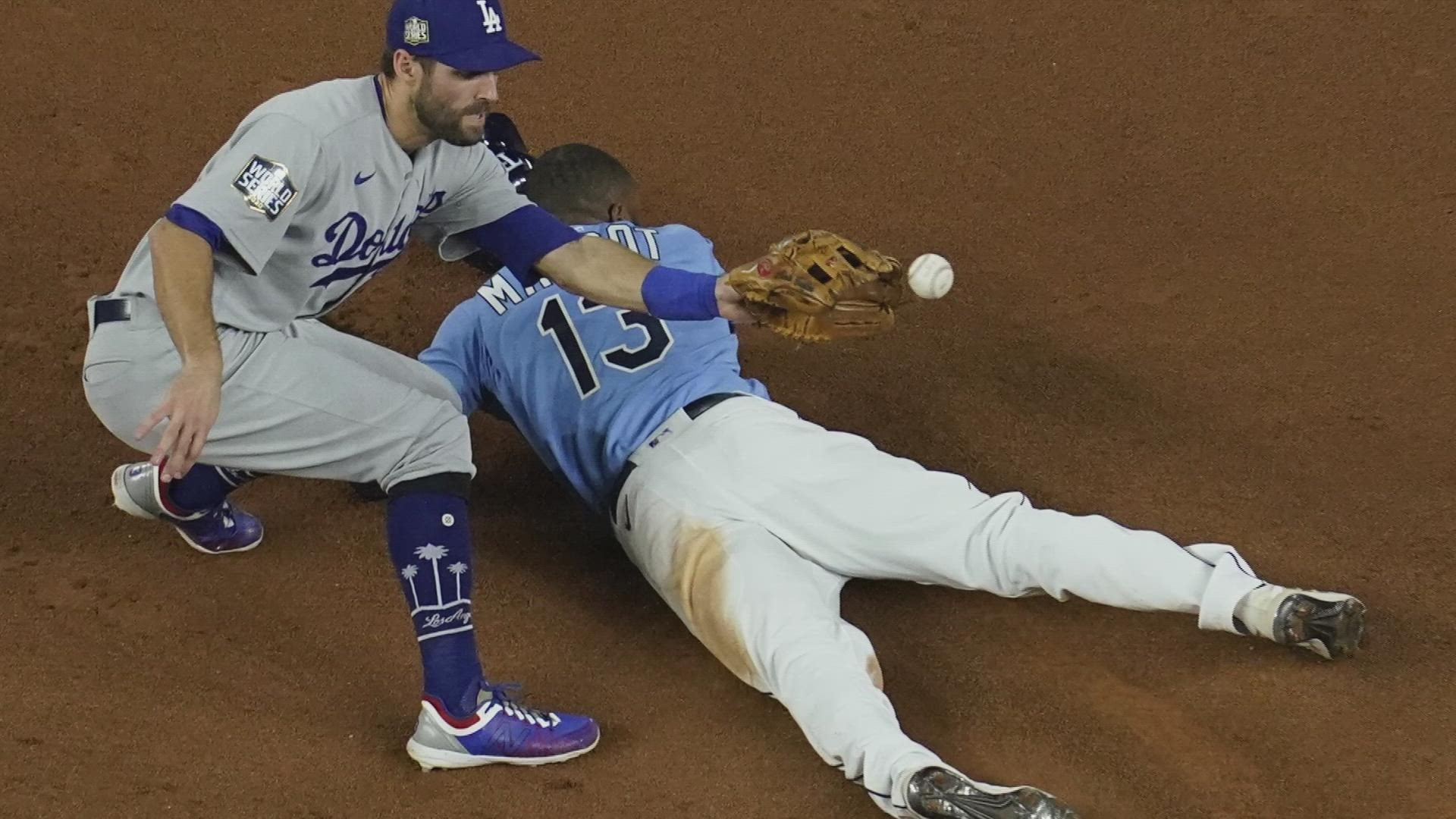 TAMPA, Fla. — Playoff Randy Arozarena is back! The 26-year-old Rays' outfielder definitely harnessed the power of the cowboy boots Thursday night during Game 1 of the ALDS.

Things really got going in the 5th inning of the game against the Boston Red Sox when Arozarena stepped into the batter's box. Staring down a 3-2 count, Arozarena launched a home run into the stands.

As soon as the baseball cracked off the bat, he knew he hit a moonshot. Game footage showed Arozarena walking out of the box and slapping his chest before rounding the bases.

“I put the boots on before the game, just like I did before the first game of the playoffs last year, and in that playoff game against the Yankees, I hit a home run,” Arozarena told Mlb.com through an interpreter. “I hit a home run today, so that just shows that the magic is working from the boots.”

But the magic didn't stop there. In the 7th inning, after taking a massive lead, Arozarena stole home in a jaw-dropping moment that has already marked its place in playoff history.

Arozarena sprinted down the baseline for home plate as Red Sox pitcher, Josh Taylor, was prepping for his next pitch. The 26-year-old dove headfirst for the plate, barely missing the tag.

The moment earned him the title of being the first player to steal a base and hit a home run in the same postseason game, according to MLB.

It's also the first steal of home "without a pickoff throw, bunt attempt, swing by the batter or catcher throwing behind the runner" during a postseason game since Jackie Robinson did so in the 1955 World Series, the outlet adds.

Game 2 of the ALDS gets underway tonight at the Trop with first pitch at 7:02 p.m.