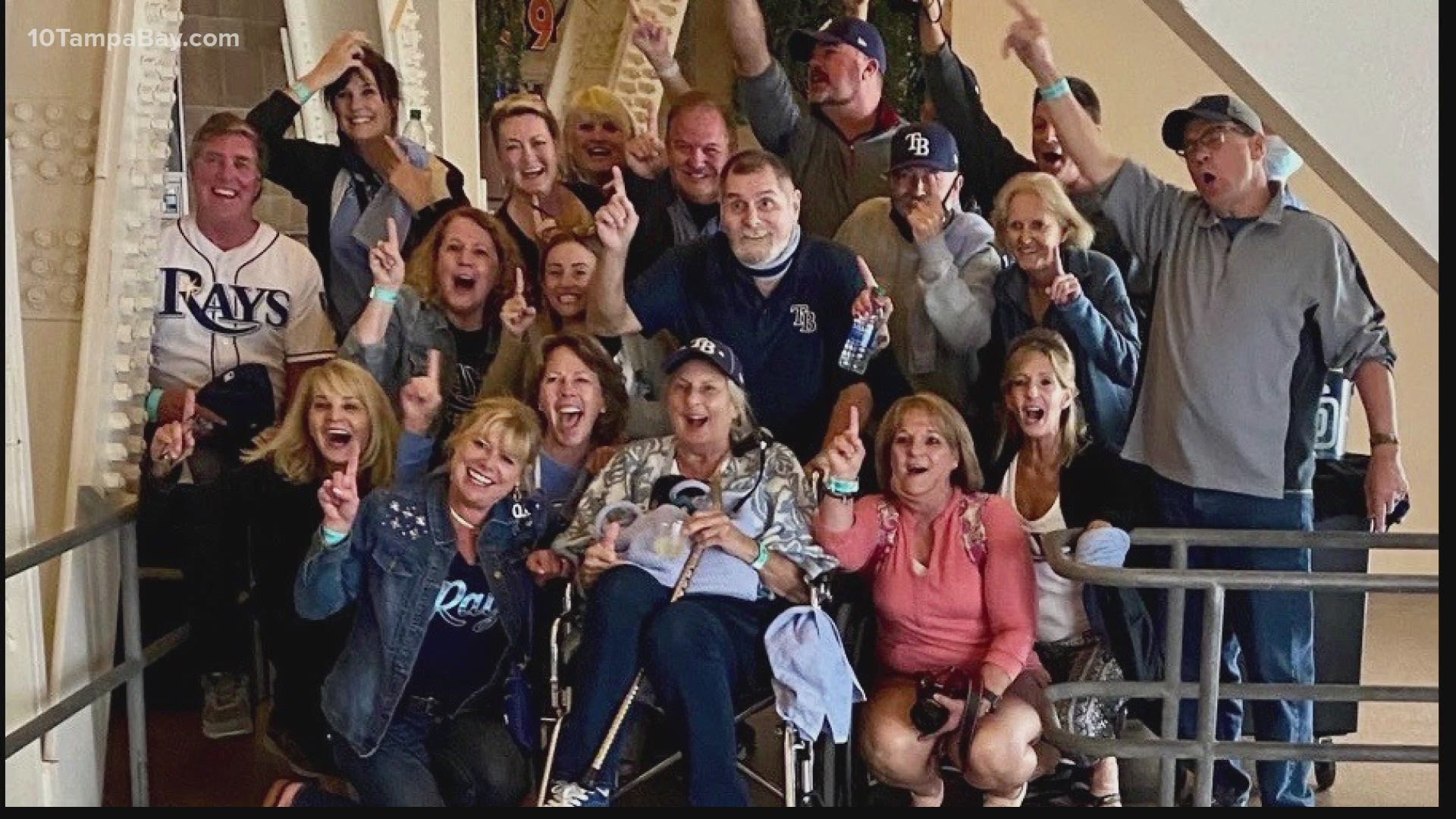 The victory came at the expense of the Dodgers in Game 2 of the best-of-seven series, which is now tied at 1-1.

After a quiet series-opener, the Rays’ bats came alive in Game 2, with Brandon Lowe leading the charge.

Lowe had been struggling mightily at the plate throughout the postseason but came through with two home runs on Wednesday. His first came in the 1st inning, a solo blast. His second came in the 5th inning, scoring two.

Blake Snell started for the Rays, going 4.2 innings while striking out a staggering nine Dodgers on the night. He also gave up four walks, two hits and two runs.

Here's how Game 2 played out:

Will Smith homers for the Dodgers. Rays still lead 6-3 in the 6th.

Joey Wendle drives in another on a sac fly to left. It's now 6-2 Rays in the 6th.

The Dodgers score two on their first hit of the ballgame, a home run off the bat of Chris Taylor.

The Rays go on top now 5-0 after Brandon Lowe's second home run of the game in the 5th.

Joey Wendle delivers a base hit for two RBI's in the top of the 4th.

Adames gets thrown out trying to steal second base and the 2nd inning comes to an end.

Adames hit a hard grounder to shortstop. Manuel Margot, the runner on third, broke for the plate and was thrown out.

Dylan Floro is in to pitch for the Dodgers. Willy Adames is at the plate for the Rays.

With a runner on third and one out in the top of the 2nd, the Dodgers go to their bullpen. Gonsolin serves as the "opener," giving up a run in 1.1 innings.

Blake Snell is on the mound to start the bottom of the first and he's got a 1-0 lead.

The Rays get off to a great start with a homer off the bat of Brandon Lowe. It's 1-0 in the 1st.

It is baseball time in Texas #WorldSeries pic.twitter.com/72GGjU1FOm