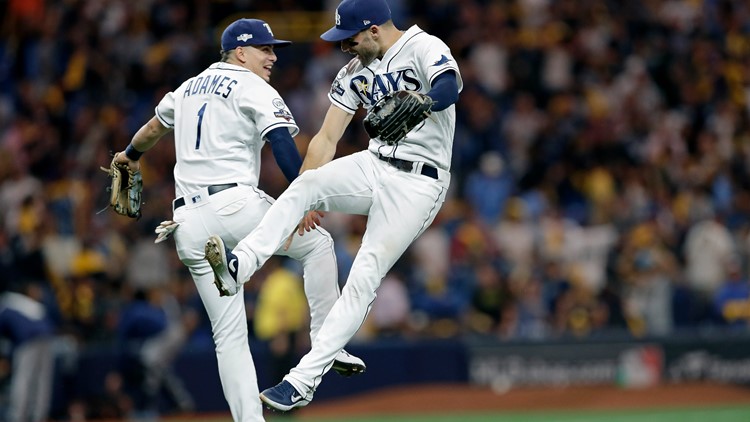 The Rays aren't splitting their season between St. Pete and Montreal – Now what?

ST. PETERSBURG, Fla. — You don’t have to read too far between the lines to see the writing on the wall. After St. Pete officially said ‘No Canada’ on Wednesday, the Rays could say ‘Ta ta, Tampa Bay’ in 2028.

So why the eight-year wait? The Rays have made no secret of how much they hate the Trop.

Well, to put it simply – the city has the team by the baseballs.

Their contract to play at Tropicana Field is iron-clad, and if the Rays try to break it, they could open themselves up to a massive lawsuit.

That’s why, in 2016, the team and the city reached an agreement that allowed the Rays to pitch for a new stadium anywhere in Pinellas or Hillsborough County.

No deal. The agreement expired last year. But, after three years the Rays made it pretty clear they don’t want to stay where they are now – even though it wouldn’t have cost them much to leave town under the terms of that now-irrelevant agreement.

In fact, it would have been pennies by Major League Baseball standards.

If the team had decided to build a new stadium in Tampa – and somehow magically managed to throw the first pitch in 2020 – they would have paid St. Pete $3,000,000 for each year left on the Trop contract.

And let’s face it – there’s no guarantee building a new stadium would bring in big crowds. You don’t have to go far to find proof. Just look at what happened in Miami. The Marlins built one of the prettiest parks in baseball – and no one came. Their attendance is even lower than the Rays.

Maybe all of that is why Mayor Rick Kriseman said on Wednesday the team no longer seems interested in building a new stadium anywhere in the Tampa Bay area.

Principal owner Stu Sternberg didn’t entirely disagree in his response. He said in a statement, “We recognize that we must now consider our post-2027 options and all that entails.”

Sternberg went on to say the team is still seriously considering a ‘sister city’ option. Translation – St. Pete is essentially off the table.

That’s because Kriseman said he’s still willing to discuss having the city chip in for a new stadium as part of a broader redevelopment project that’s already in the works.

But only for a full-time team.

He said St. Pete – and the rest of Tampa Bay – is prime real estate for baseball, even if the Rays don’t realize it.