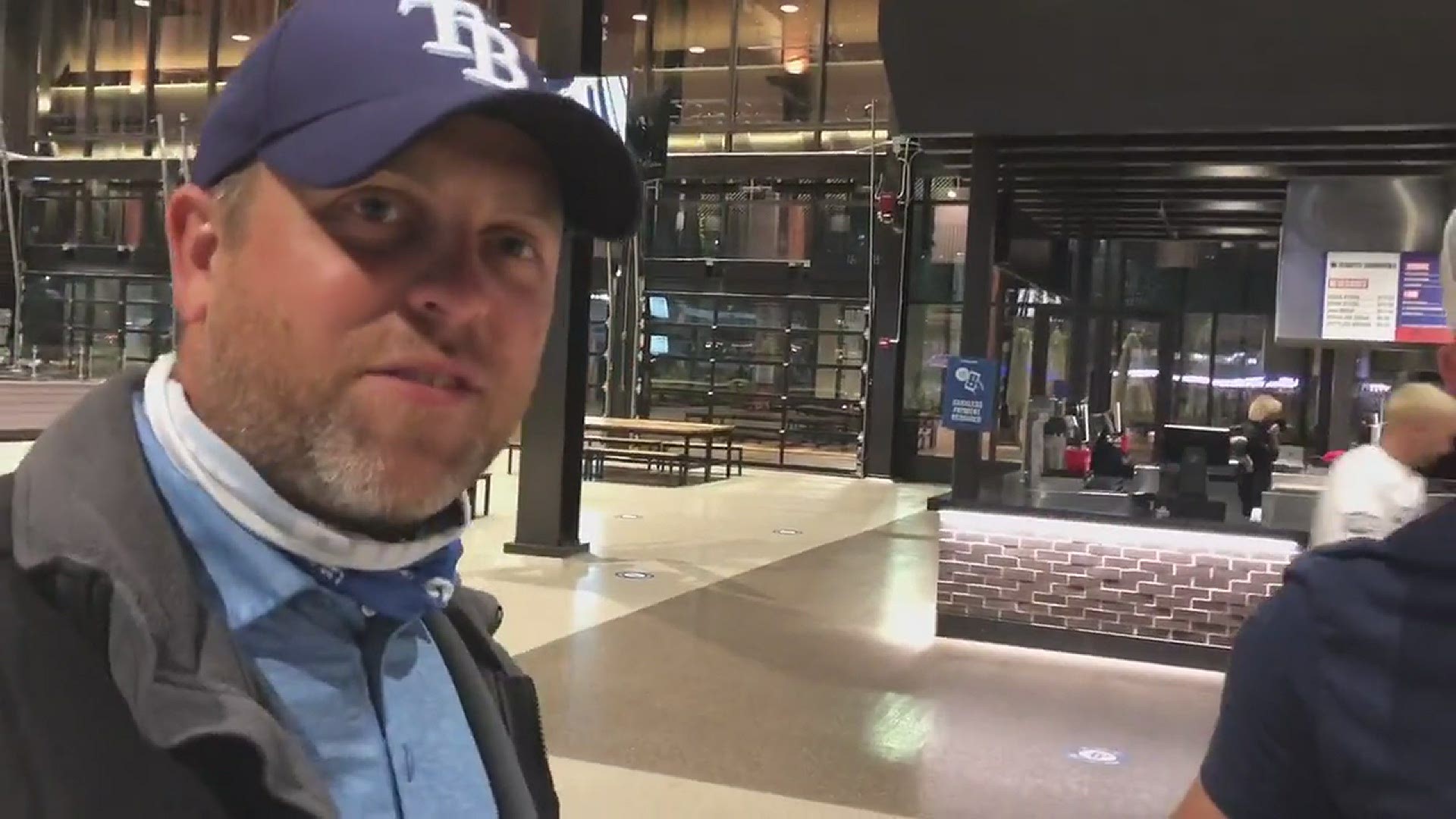 ST. PETERSBURG, Fla. — When Major League Baseball shut down Spring Training in March due to the threat of COVID-19, the Tampa Bay Rays were not sure there would even be a season. But MLB and its players' union finally agreed on a 60-game schedule that started in late July. And the Rays used the three-month season to capture the hearts of their fans, even though they couldn't see most of the team's American League pennant run in person.

The Rays started slowly, winning six of their first 14 games. But then they took 11 of their next 12, starting with six in a row against the rival Yankees and Red Sox.

One pivotal moment in the season happened Sept. 1, at Yankee Stadium. Yankees closer Aroldis Chapman almost hit the Rays' Mike Brosseau in the head with a fastball, causing both benches to empty. After the game, Rays manager Kevin Cash warned the Yankees that he had a "stable full of guys that throw 98 miles per hour." Cash was suspended one game for his comments, but he galvanized his bullpen, which took on the nickname "the Stable."

The Rays sprinted from there, clinching their second straight playoff berth on Sept. 17 and going on to win not only the American League East, but the AL's top seed for the playoffs at 40-20. Like most things in 2020, this year's postseason looked a little different.

The Rays hosted the inaugural three-game Wild Card series against the Toronto Blue Jays. Tampa Bay coasted to a 2-0 sweep before matching up with the Yankees for their first-ever postseason matchup, at a neutral site in San Diego.

The Division Series went the full five games, ending with some poetic justice. Brosseau broke a ninth inning tie with a home run off Chapman in the deciding game -- one some fans and analysts called the biggest swing in Rays history. They have a point -- it earned the team its first trip to the ALCS in 12 years.

The Rays' next foes were also familiar to them: the Houston Astros, who knocked Tampa Bay out of the 2019 playoffs. The Rays surged to a 3-0 series lead, only to watch the Astros send it all the way to a Game 7. They were one game away from becoming the second team (after the 2004 Yankees) to blow a 3-0 lead and lose a playoff series. But these Rays were determined. They beat Houston 4-2 in the seventh game to move on to the franchise's second World Series. This one took place in Arlington, Texas, where the Rays would play in front of fans for the first time all year.

Tampa Bay's final opponent was a monster. The Los Angeles Dodgers were in their third World Series in four years after finishing the season 43-17. Their payroll was more than three times that of the Rays. But this hungry Rays team wouldn't fold easily.

Former Cy Young winner Blake Snell, who had rebounded from a disappointing 2019, led the Rays to a series-tying win in Game 2. Then, down 2-1 in the series and 7-6 in Game 4, the Rays made one more magical memory. Pinch hitter Brett Phillips, a Pinellas County native, lined a two-out, two-strike base hit to center field. Kevin Kiermaier scored as Dodgers center fielder Chris Taylor bobbled the ball. Randy Arozarena rounded third and tried to score the winning run. But he stumbled and the throw arrived in plenty of time to get him. However, catcher Will Smith missed the ball and Arozarena dove in for the victory.

Unfortunately for the Rays and their fans, it was their last win in 2020. The Dodgers won the World Series 4-2 to capture their first championship since 1988. The Rays came home with their second American League title.

Even though they fell short of their ultimate goal, the Rays made many Bay Area fans proud and introduced many of their players to the baseball world. We'll never forget Arozarena's record-setting ten home runs in the postseason, a record not only for a rookie, but for any player. There was also Hunter Renfroe's Wild Card grand slam that took the wind out of the Blue Jays. Brosseau's revenge homer. Phillips' walk-off heroics. And with the Rays' nucleus expected to stay together, we can expect even more excitement in 2021.