The team's president, Brian Auld, says leaders on both sides of the bay are being updated periodically. 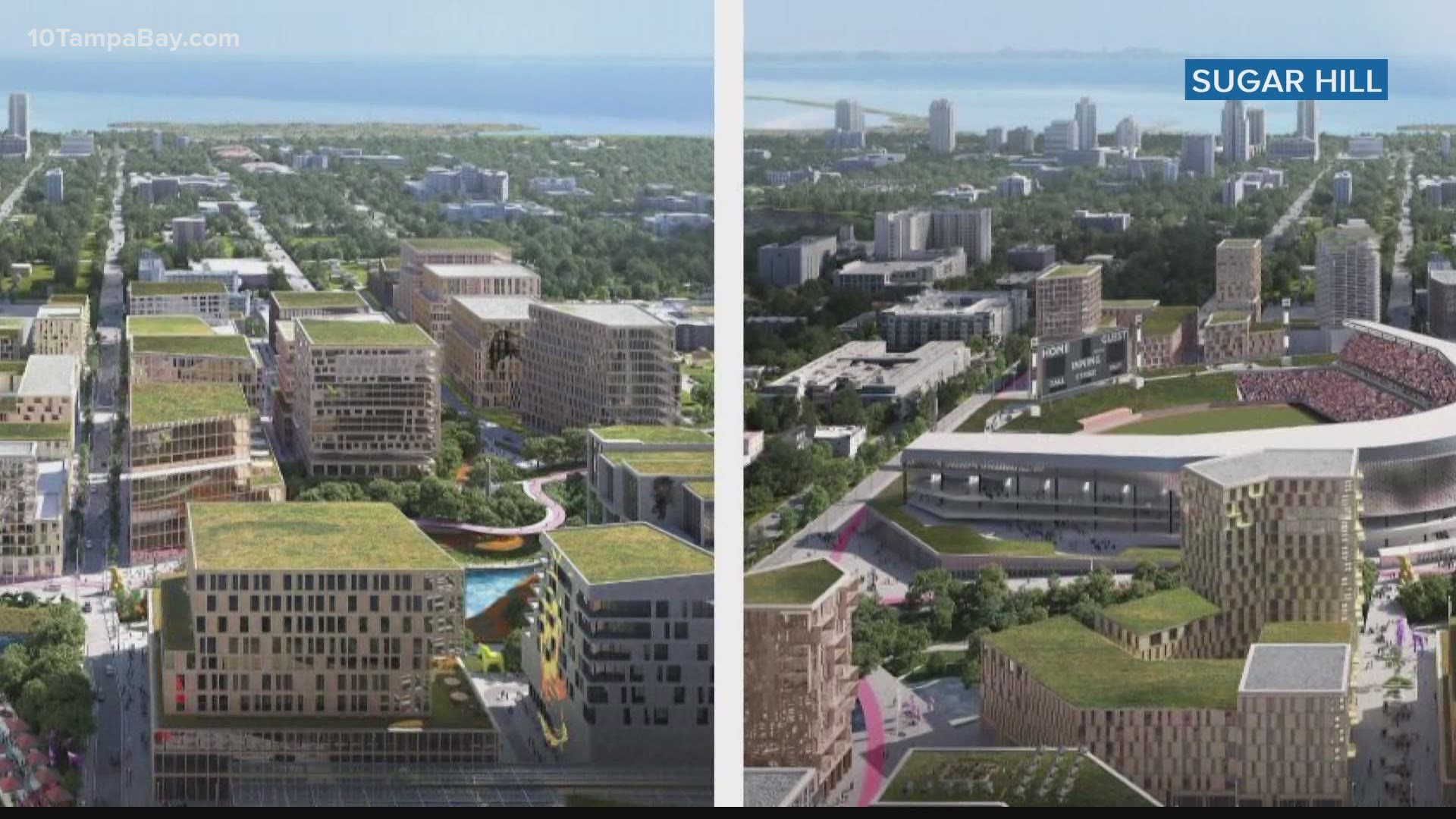 TAMPA, Fla. — It looks like the Rays' push for a stadium across Tampa Bay in Ybor City is not completely off the negotiating table.

The team's president, Brian Auld, met with Hillsborough County commissioners this week to discuss the sister-city plan. It's a concept the Rays have been pushing for years.

Auld hinted Ybor City could make a future Florida home for the team, if it moved from St. Pete and began splitting the season with Montreal.

"We periodically provide updates to elected and community leaders on both sides of the bay. There are elected officials who have not yet had the opportunity to hear directly from us on the details of the Sister City baseball plan, and we are meeting with them to provide additional information." Auld said.

"Our priority is to keep baseball in Tampa Bay for generations to come, and Ybor City, with its storied baseball past, would make an outstanding home for Tampa Bay's baseball future," he added.

To catch you up to speed, artist renderings for Ybor plans first dropped in 2018 for the team's then-proposed $892 million stadium. At the time, the Rays had been campaigning for a new stadium for more than a decade and suggested they couldn't afford to build it on their own.

Details for the proposed ballpark included a total capacity of 30,842. It would have had a fixed, translucent roof and synthetic turf.

The plan was short-lived when later that year the Rays notified St. Petersburg that the team was officially terminating its negotiating window with Tampa. Principal owner Stu Sternberg followed suit and confirmed the multi-million dollar ballpark could not be complete before the three-year negotiating window expired.

Then came the calls for a sister-city deal with Montreal and a series of strikeouts for plans as leaders involved on both sides played hardball over the issue.

As it stands, the team is under an agreement until 2027 that makes it unable for them to pursue hosting home games outside of St. Petersburg during that time period.

Approval from Mayor Rick Kriseman could have opened up that possibility, but that isn't happening. The City of St. Petersburg is currently pushing forward with plans to redevelop Tropicana Field. Developers were asked to provide proposals to reimagine the 86-acre site with and without a baseball stadium.

On Friday, the remaining four proposals for the site were narrowed down to two by Kriseman.

The latest idea being pushed by the Rays' leadership group is the hope for a new "world-class" eco-friendly outdoor stadium to be used year-round for the team, Tampa Bay Rowdies and other sports.

Sternberg in April said the plan would allow the Rays to play in St. Petersburg during the nicer parts of the year before moving north to Montreal.