St. Petersburg City Council Chair Ed Montanari delivered a message Tuesday: Local leaders need to do what they can to keep the team in St. Pete. 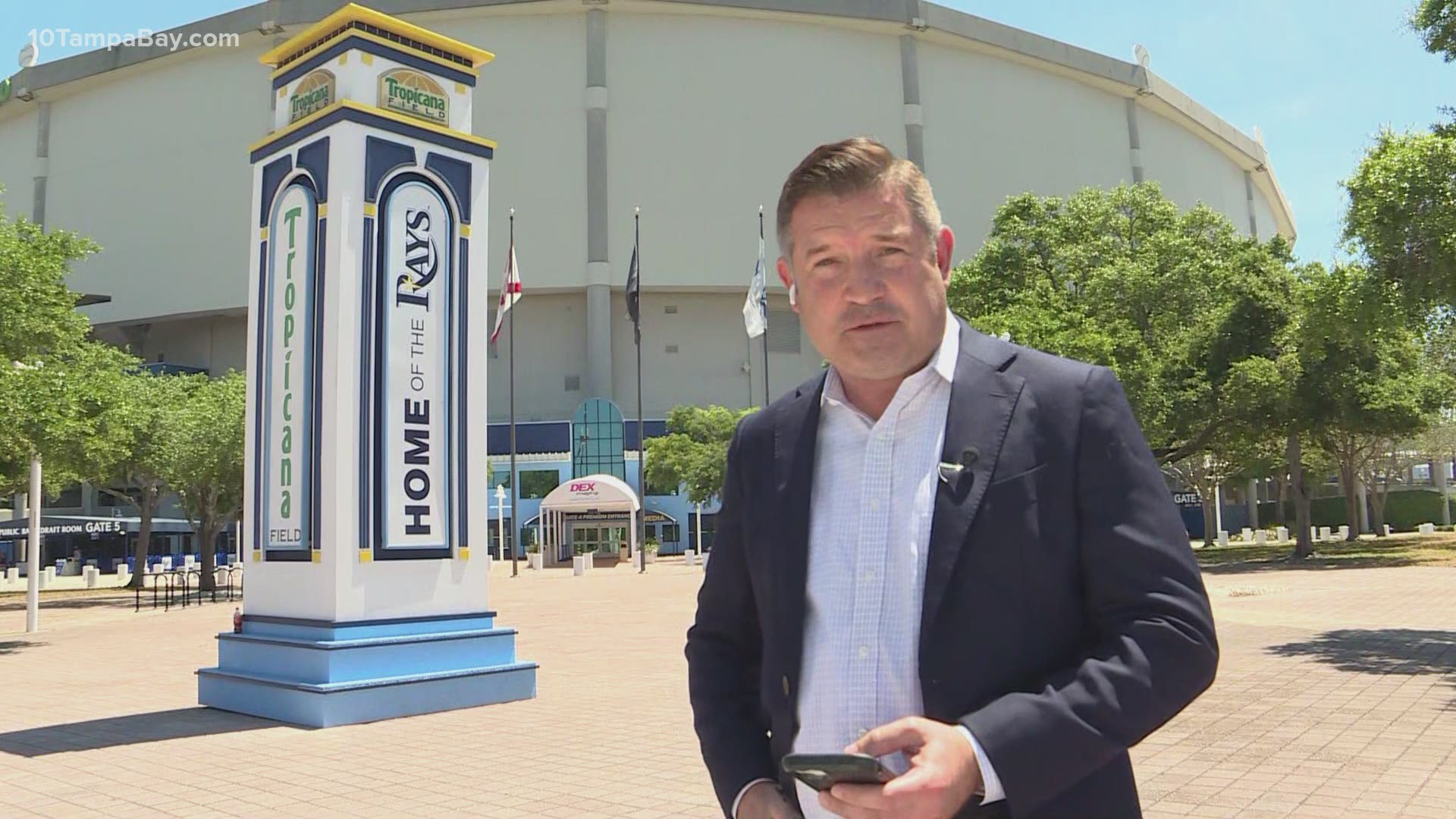 His message: Local leaders need to do what they can to keep the team in St. Pete, even after their stay agreement is up in 2027.

The press conference comes just days after St. Pete Mayor Rick Kriseman narrowed the list of companies vying for the chance to makeover the 86 acres of land surrounding Tropicana Field. That list is now down to just two development groups.

Sugar Hill and Midtown development groups have both created proposals under two different scenarios: with a stadium and without one. This is to cover all outcomes in the case the Tampa Bay Rays relocate from their home in downtown St. Petersburg when their lease expires in the coming years.

Montanari said Tuesday there should be a pause put on the redevelopment plans so negotiating with the Rays can come first.

Montanari said he wants the team to stay in Pinellas County.

Montanari was joined Tuesday by county commissioners and members of the Chamber of Commerce who echoed his call to keep the Rays local.

Also last week, team President Brian Auld met with Hillsborough County commissioners to discuss the sister-city plan. It's a concept the Rays have been pushing for years. Auld hinted Ybor City could still make a future Florida home for the team if it moved from St. Pete and began splitting the season with Montreal.

"Our priority is to keep baseball in Tampa Bay for generations to come, and Ybor City, with its storied baseball past, would make an outstanding home for Tampa Bay's baseball future," Auld said at the time.

A prior plan to move to build a new ballpark in Ybor City fell apart. To catch you up to speed, here's a complete timeline of the Rays stadium saga.

All this is happening while minority owners of the Tampa Bay Rays continue to push forward with their lawsuit against the team's principal owner Stuart Sternberg for taking part in what they describe as "a relentless scheme to squeeze" them out. In a statement, the Rays called the lawsuit "deceptive and inflammatory," saying it was "fraught with error and falsehood."