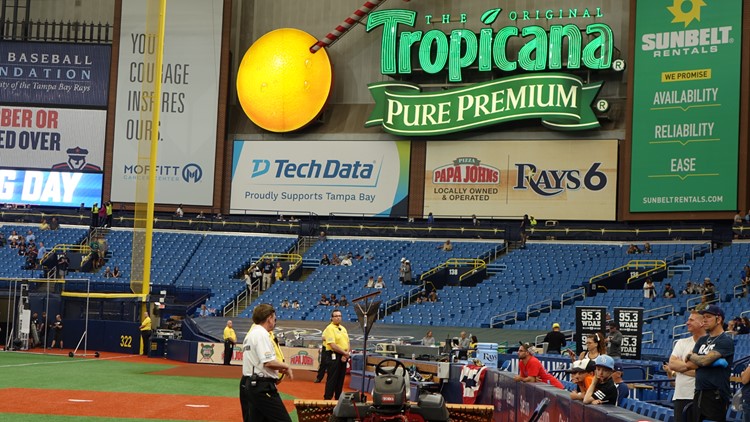 Canadian booster to discuss plans to bring Rays to Montreal

A Canadian businessman is set to hold a Wednesday afternoon news conference one day after the Tampa Bay Rays management announced the “cockamamie idea” of plans to split the team’s home games between two cities.

Stephen Bronfman is scheduled to speak at 1 p.m. ET on a proposal where the Rays would split their home games between the Tampa Bay area and Montreal.

Bronfman’s investment company, Claridge, and development company Devimco are teaming up to try to bring Major League Baseball back to Montreal. The Montreal Expos left after the 2004 season when the franchise moved to Washington, D.C.

“Stephen had asked us about relocation (years ago) and I immediately shot that down,” Rays owner Stuart Sternberg said on Tuesday. “He talked about if the team would potentially be for sale; (that) didn’t go any further than about 12 seconds past that as well.”

However, Sternberg said they “maintained a dialogue.” Bronfman was talking to other MLB owners about expansion. In addition to Montreal, MLB has also considered expanding to Nashville, Charlotte and Portland.

"The City Attorney’s office has been in contact with the general counsel for the Tampa Bay Rays and received assurances that the Rays will not commence exploration of the shared city concept, or conduct any other activities related to a pre-2028 future stadium site, without an agreement with the City of St. Petersburg," the city told 10News.