The Rays owner addressed Montreal, Astros sign-stealing and much more. 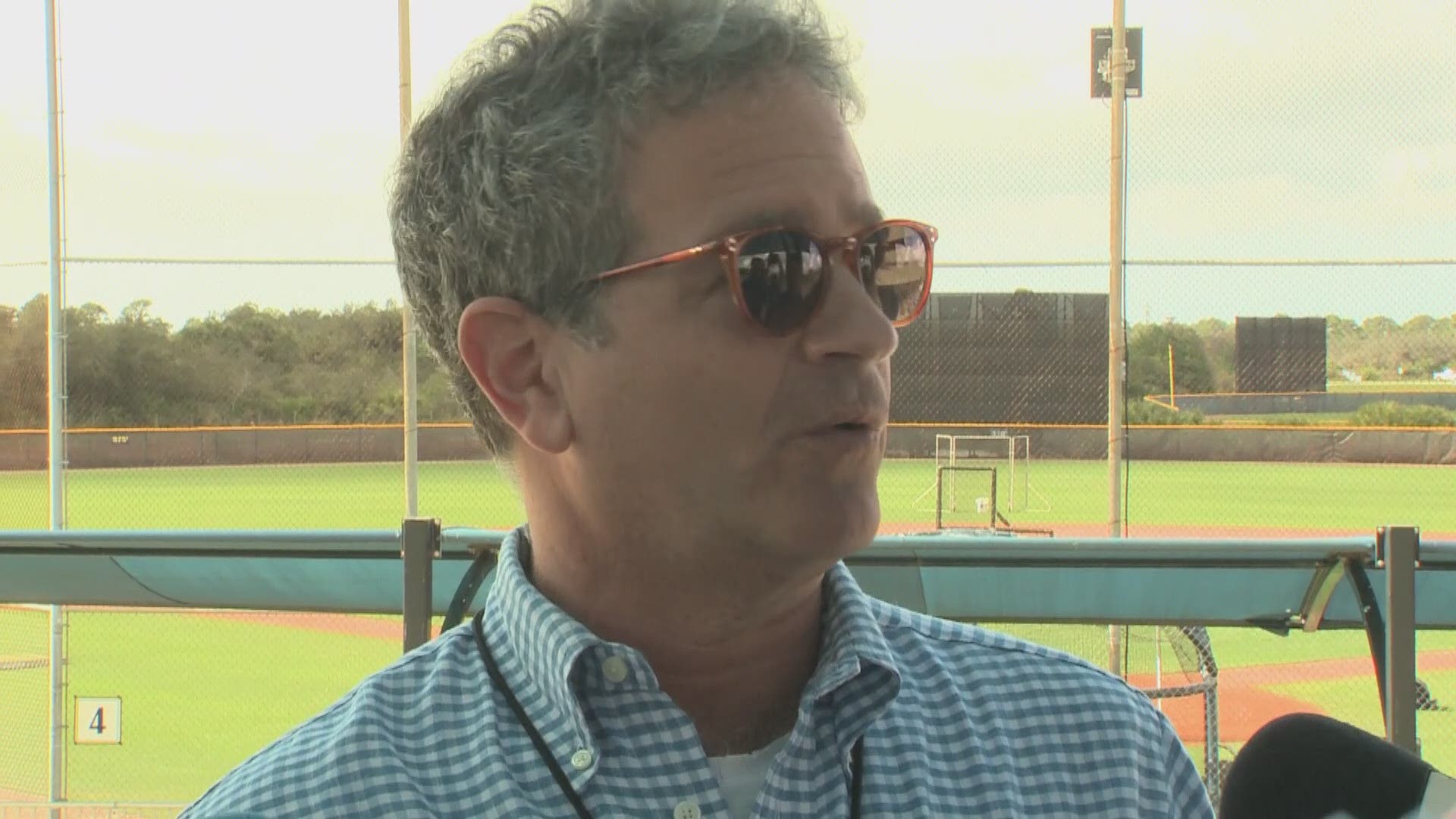 PORT CHARLOTTE, Fla. — It's been a busy off-season for Stuart Sternberg.

The Rays owner has spent much of the time since Tampa Bay's ALDS Game 5 loss to the Astros trying to convince the fans and other MLB owners that the St. Petersburg-Montreal split-season idea can work.

Today, the head man stepped to a microphone for the first time this season.

He tackled plenty of topics from around the league as well as what he sees in the future for his team.

Don't expect the talks of the Rays making Montreal their summer home to go away anytime soon.

Sternberg again reiterated his plan to split the team's year between St. Pete and Canada will eventually be approved and even serve as a model for the future of pro sports.

Wednesday, he asked the fans to be open to change.

"I'm as guilty as anybody else," Sternberg said. "You have a lot of skepticism at first. You don't know how it can work. How can this happen? But the world has been built upon new ideas."

He added MLB Commissioner Rob Manfred has been supportive of the idea and says people at the league office see the merits of the plan.

Sternberg pointed to the 81-game home slate being a tough ask for fans as part of the reason for the proposal. He says the fewer games could drive up demand in each market and playing the game's in each area's best weather months would give people more reasons to visit the park.

The Rays have kept most of the core from last season's 96-win team together but did lose a couple of top names on the trade market this off-season.

Star outfielder Tommy Pham and closer Emilio Pagan were both shipped out west. But Sternberg says the Rays shouldn't miss a beat thanks to their depth, especially in the bullpen.

"This group, top to bottom, I'm going to talk about 20 pitchers I would say, is the greatest group we've had since I've been here."

For the outfield, the Rays added two players from the Padres in separate trades. Hunter Renfroe and Manny Margot are expected to fill the hole left by Pham.

The American League East is typically one of the toughest divisions in baseball and 2020 will be no different.

The Orioles will likely be bottom dwellers again, but the rest of the division have the power to contend for the playoffs.

The Blue Jays are led by a strong group of future stars in Vladimir Guerrero Jr. and Bo Bichette with more help on the way from the minor leagues. Even with the trade of former MVP Mookie Betts, the Red Sox are no slouch. The lineup and top-end pitching will likely keep them in the hunt late into the season.

And then there are the Yankees.

New York won the division a year ago with 103 wins despite a number of injuries from top stars like Aaron Judge and Giancarlo Stanton. The Bronx Bombers powerful lineup is back healthy and the rotation added one of the elite arms in baseball - Gerrit Cole.

Sternberg joked that he was "thrilled" to see the Yankees sign Cole long-term this off-season. The former Astros ace was key in the Rays ALDS series against Houston.

But Sternberg isn't giving up on the division crown.

"I'm a little too optimistic. Our division is going to be hard because we have the best team in baseball or the second best team to compete against, but I believe we're going to give them a run for their money."

His biggest reason for that optimism is the carry over the momentum from last year's run and the strength of their pitching.

The Astros sign-stealing scandal from the 2017 season has been the talk of Spring Training so far and that carried true for Sternberg's presser today.

When asked about punishment for the players, he echoed some of the sentiments shared by MLB Commissioner Rob Manfred - the court of public opinion can be the true punishment.

“It’s hard to put the toothpaste back in the tube a few years later," said Manfred. "These players are going to be wearing this for the rest of their careers … Maybe that’s worse than suspending them.”

The Commissioner's report found the Astros only used the sign-stealing scheme during their 2017 World Series run.

But that hasn't slowed accusations from their playoff opponents over the last two years.

Players from around the league - especially members of the Yankees and Nationals - have pointed to the Astros whistling during the 2019 ALCS and World Series run as evidence the cheating continued beyond that one season.

Sternberg didn't accuse Houston of any wrongdoing during their ALDS series but said it did have an impact on the staff's concentration.

“At the time there were whispers and talks,” he explained. “Our eye was off the ball because a lot of staff was focused on changing signs and checking technology... In retrospect, it hurt us.”