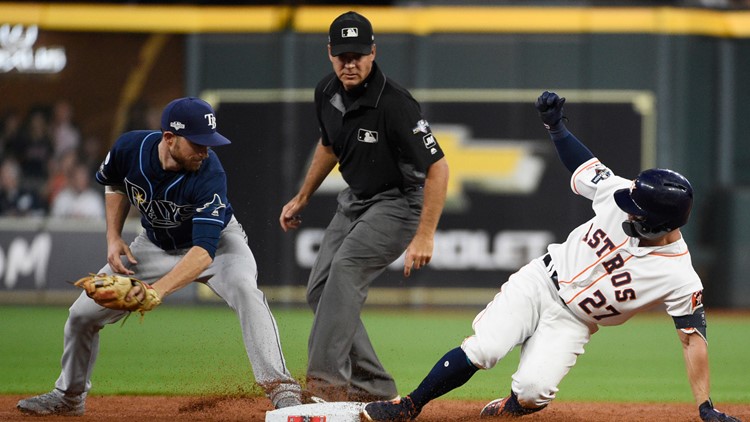 The Rays will host the Astros on Monday in St. Petersburg. Game 3 is scheduled to begin at 1:05 p.m. ET and air on the MLB Network.

A moment in the fifth inning captured the internet’s attention when a ball bounced off a ballboy’s stool after being hit by Houston catcher Martín Maldonado. It then rolled directly toward Rays left fielder Austin Meadows, ultimately leading to a scoreless inning and setting off a social media frenzy.

The Astros picked up their second run in the seventh inning when first baseman Yuli Gurriel hustled home on a single by Maldonado.

Astros pitcher Gerrit Cole deserves a shout-out for his historic performance on behalf of Houston. He had 15 strikeouts Saturday night, which is a new franchise record for a single postseason game. Cole left the field to a standing ovation.

RELATED: Here's where to park for Monday's Rays game