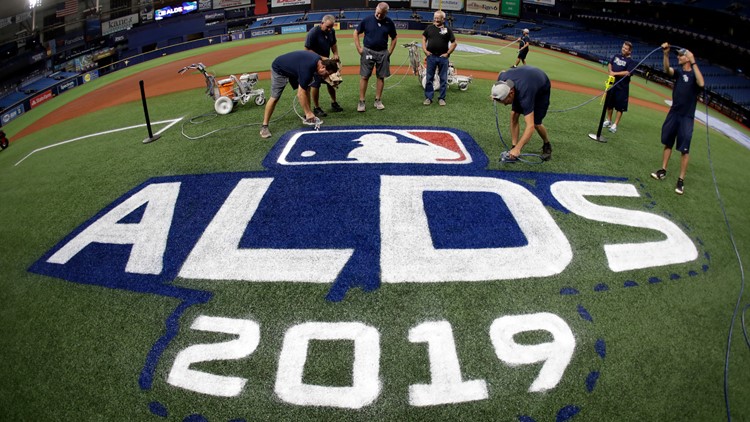 Leading two games to zero in the best-of-five American League Division Series after beating the Rays Saturday night in Houston, the Astros are now just one win away from reaching the American League Championship Series for the third straight year.

"We've got a lot more work to take care of," Astros star pitcher Gerrit Cole said. "There's a few months this winter that maybe we can sit back and have a drink about it. Right now, it's on to the next one."

Former Astro turned Ray Charlie Morton, who got the win in the Rays wild-card victory, will start Game 3 against Zack Greinke. Morton pitched for the Astros from 2017-18 and played a big role in their 2017 World Series title. He won Game 7 of AL Championship Series against the Yankees and Game 7 of the World Series at Dodger Stadium to give Houston its first championship.

Morton had a tough time in his last start against Houston when he gave up a season-high six runs in four innings, which tied his shortest start of season, in a 15-1 win by the Astros on Aug. 27. Greinke, acquired from Arizona at the trade deadline, went 8-1 with a 3.02 ERA in 10 starts after the trade capped by a gem in his last start when he came two outs shy of his first no-hitter on Sept. 25 against Seattle.

As CBS Sports explained in an analysis this weekend, a majority of teams that have taken a 2-0 series lead went on to boast a three-game clean sweep. Statistically speaking, teams that enter the series down by two games have only a 10 percent chance of winning their next three games to take the series in five.

Yet, the Rays are hoping to do just that.

You can watch the Rays take on the Astros at 1:05 p.m. ET Monday on the MLB Network.

RELATED: Here's where to park for Monday's Rays game

The main parking lots at Tropicana Field are expected to be at capacity well before the game begins. If you’re heading to the game, city message boards along main travel routes to Tropicana Field will help direct traffic to these other parking areas:

Mahaffey Theater will be opening their parking lots for Rays parking for $10. The City's baseball shuttle will be stopping at the theater on 1st Street for fan pick up/drop off.

South Core and Sundial parking garages will be open for Rays parking for $5.

After pick-up at Mahaffey, the shuttle will continue its loop, stopping at 2nd Street in front of South Core Garage and then head to The Trop. The shuttle will operate from two hours before the game until one hour after the game.

City leaders are warning all drivers to be prepared for increased traffic.

10News will have complete game coverage on all our platforms, from TV to our new mobile app, which you can download here to get Rays updates.

10News anchors Ryan Bass and Allison Kropff will be live alongside Meteorologist Grant Gilmore at Tropicana Field at noon Monday on 10News WTSP.  We’ll have a full game recap right here on our website and coverage on 10News at 5, 6 and 11 p.m.