They started the week down by two games, but the Rays have battled back to tie up the best-of-five series 2-2. 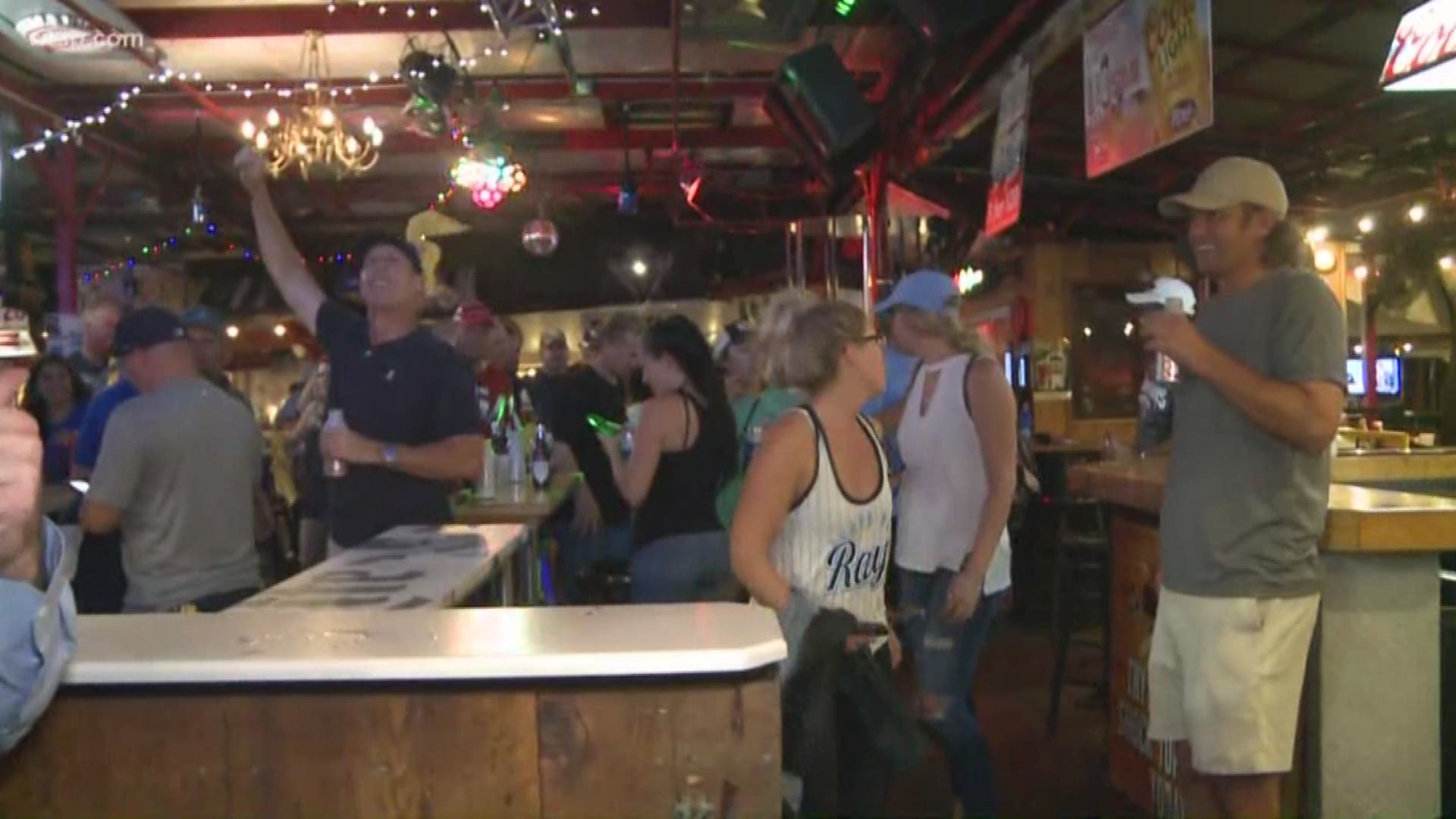 The Rays defeated the Astros in Game 4 Tuesday night in the best-of-five American League Division Series at Tropicana Field in St. Petersburg.

The win tied the series at 2 games each.

The Rays had already scored their four runs before Astros ace Justin Verlander was taken out in the fourth inning. Tampa Bay held onto the lead throughout the remaining innings, forcing a Game 5. The winner-take-all match-up will be played Thursday at Houston's Minute Maid Park.

The Rays entered Tuesday night down a game. The Astros had been leading the series, but the Rays were dominant on Tuesday, tying up the ALDS at two games apiece.

Solo home runs from Tommy Pham and Willy Adames were reinforced by an RBI single from Travis d'Arnaud and an RBI double from Joey Wendle.

The Rays were strong, defensively, too.

Pitcher Diego Castillo opened strong, earning loud cheers as he departed the game in the second inning and the Rays proceeded to rotate through their bullpen, keeping the Astros on their feet.

When Astros first baseman Yordan Álvarez drove a ball to center field, the Rays responded brilliantly. Center fielder Kevin Kiermaier fielded it, threw a bullet to Willy Adames who relayed the ball to Travis d'Arnaud to tag José Altuve out at the plate.

Attendance at Tropicana Field was strong for Game 4. According to 10News Anchor Ryan Bass, 32,178 people showed up.

Click here to read our complete coverage of Game 4.

10News will have complete coverage of Game 5 from Houston on TV and online.

Justin Granit is traveling to Houston for the game.

You can also download our app now for instant updates on the Rays.