4 things to know: Game 4 between the Rays and Astros

The Rays took care of business Monday, but they have a bit of an uphill battle. 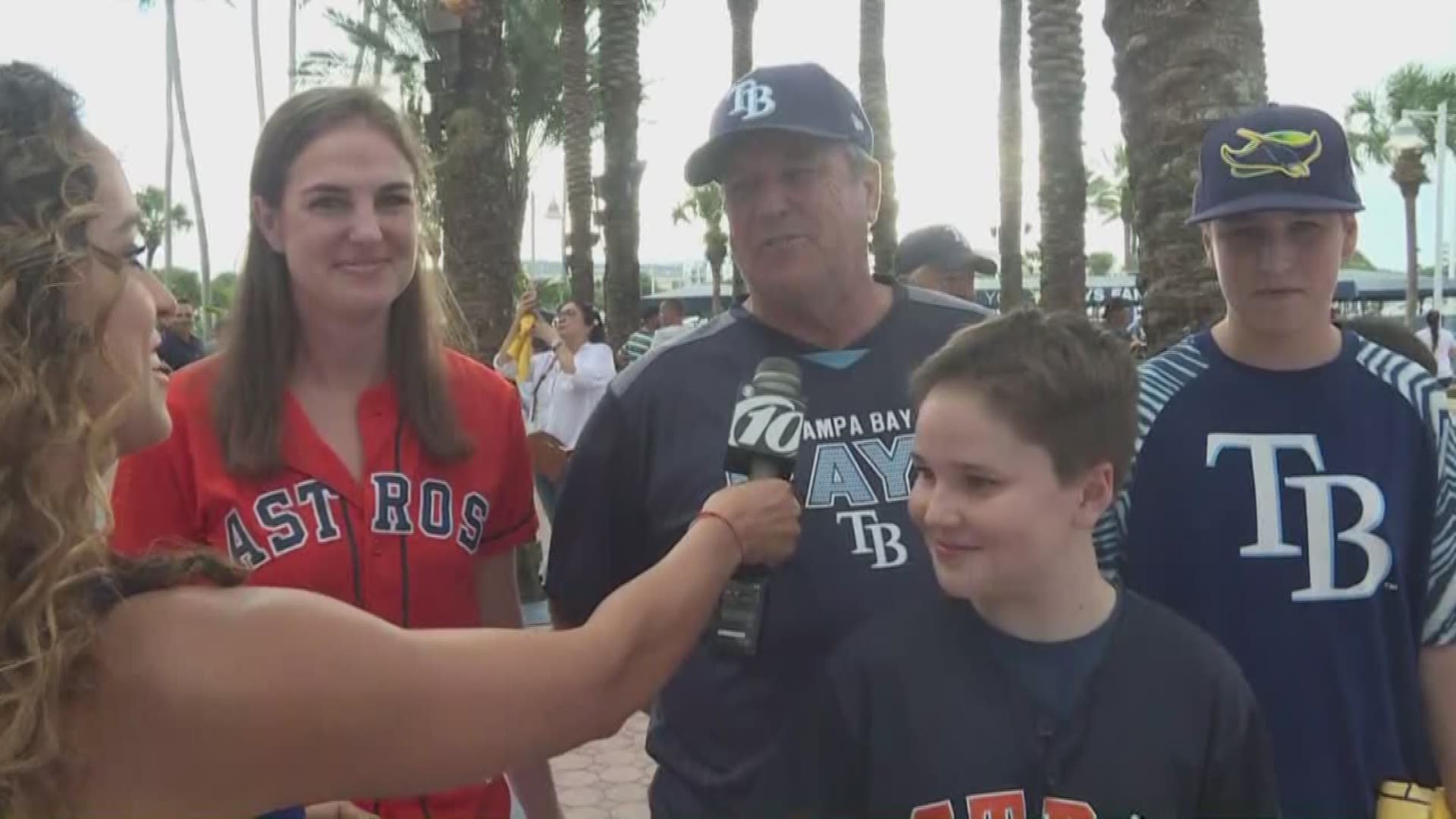 ST. PETERSBURG, Fla. — The Tampa Bay Rays lived to play another day, and they’ll need to figure out a way to solve Astros ace Justin Verlander if they want to force a winner-take-all Game 5 on Thursday in Houston.

The Rays uncorked on Astros starter Zach Grienke in Game 3, hitting three home runs off the Houston hurler, winning 10-3 in front of 32,251 ticket-holders at Tropicana Field, setting up another home game under the dome Tuesday.

Here are three things to know ahead of Game 4 at the Trop:

History is not on the Rays side

Yes, the Rays took care of business Monday to fight off elimination, but they still have an uphill battle if they want a shot at continuing their run in October.

Overall, only 10 teams have ever advanced after being down 0-2, should Tampa Bay shock the world and complete the comeback.

So, clearly, it’s a difficult task. Couple that with the fact that they’d have to beat the MLB-best Astros’ two aces -- Verlander and Gerrit Cole -- again, and that makes it a next to impossible. The pair didn’t allow a Rays runner past first base in a combined 14.2 innings of work, striking out 23.

Still, the Rays dome-field advantage has made a difference recently. They’re 16-2 in their last 18 at home. Trop-tober baseball is a thing.

“He’s one of the best pitchers in the world. It’s no more complicated than that.”

That’s all the reason Astros manager A.J. Hinch needed to throw Verlander, on three days’ rest, in Game 4 against the Rays, and the future Hall of Famer has a knack for coming through when it matters most.

Verlander has four career appearances when his team has a chance to clinch a playoff series. He has a 1.05 ERA in 25.2 innings with 30 strikeouts. His four wins in elimination games are tied for the most in baseball history. That’s big time.

He will be pitching on short rest, something he has never done following a normal-length start. He did start Game 3 of the 2011 ALDS on three days’ rest, going eight innings, but that was after a one-inning, rain-shortened outing.

“I’m going to approach it just like the first game, and any other playoff game I’ve ever pitched,” Verlander said Monday. “Which is kind of in my gut. It feels like a win-or-go-home game.”

The Rays will counter with a bullpen game, opened by Diego Castillo.

With one swing of the bat, Kevin Kiermaier might have just swung the ALDS in the Rays favor. His second-inning, three-run home run was the defining moment of the postseason for Tampa Bay, and one of the biggest hits of his career.

Kiermaier isn’t being paid $8 million a season for his bat. The two-time Gold Glove award winner is one of the best outfielders in the game, but when he does heat up at the plate, the Rays are in a better position to win ballgames. Kiermaier is hitting .228 this season, about 20 points below his career average.

The second half has been a struggle for the Rays longest-tenured player, but when he gets it going offensively, Tampa Bay is hard to beat.

In Rays wins this season, KK is hitting .273, clubbing 11 of his 14 home runs. His on-base percentage is .334, much better than the .188 he boasts in losses. He has also been clutch, hitting .302 with runners in scoring position. Nineteen of his 55 RBI have come with two outs.

You know what else came with two outs? That three-run home run that Rays fans, and manager Kevin Cash, will never forget.

“It was big,” Cash said. “The crowd was tremendous. Thank the Bay area fans. It was awesome.”

Expect a sold-out crowd at the Trop

Rays fans deserve some praise for showing up on Monday. A crowd 32,000-plus for a 1:05 p.m. first pitch playoff game is impressive, especially by Rays standards. This was the team with the second-lowest attendance in baseball this season, at 14,552. Their largest regular-season crowd was 25,025 -- on Opening Day.

A late-afternoon or primetime game will be more ideal for fans to attend, so I would be shocked if the game wasn’t sold out. The team released extra tickets prior to Game 3, at $40 per seat, and that was to hopefully reach capacity.

They will continue to remove the tarps in the upper deck, if need be, but don’t be surprised to see another packed house for a Verlander-bullpen day showdown, with the season hanging in the balance.