Rays' Jose Martinez gets into the coffee business: Call him 'Cafecito'

Born the same year his father made his MLB debut, baseball and family have always been the driving force in Jose Martinez’ life. 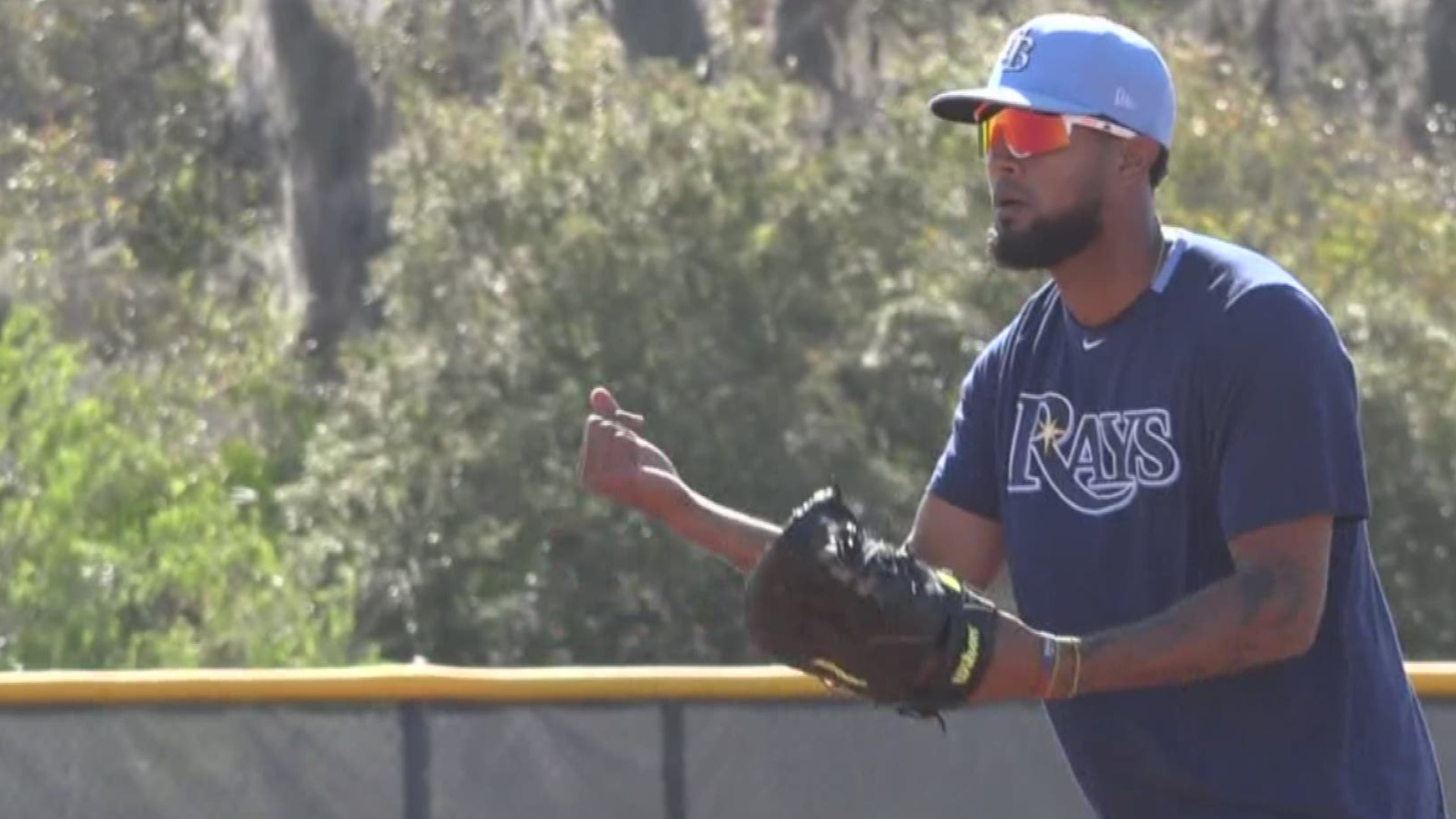 PORT CHARLOTTE, Fla. — Jose Martinez is pouring himself into the coffee biz.

“I’m glad, just because, people call me Café,” Martinez said. “They are still reminded of my father.”

“My grandpa, just because he loved coffee, called my father Café, and my uncle is Cappucino,” he said.

The older Café is best known in the U.S. for one of the flukiest plays in baseball history. He hit the “Dome Run” ball that bounced off Jose Canseco’s head in the Cleveland Indians’ old ballpark.

“People who still don’t know that it was my father who hit that,” Martinez said. “When I actually mention that, I’m like ‘what? This has been for – how many – 20, 25 years or something?’”

But it’s hard to forget Carlos in their hometown of La Guaira on the Caribbean coast of Venezuela. He was a local legend for the Tiburones de La Guaira baseball club.

“He used number 40 in Venezuela,” Martinez said. “They actually retired his number, and my mom was the one that got it back and gave it to me. That was some pretty cool stuff.

“That day when I went out … I mean all the fans were booing me. They said, ‘you’re not gonna be the same. You’re not gonna be as good as him. That number should be retired.’ Since that moment I said, ‘I’m gonna show you guys what’s going on and you’re gonna regret what you’re doing.’”

Motivated to prove himself, the younger Martinez is now captain of the same winter league team. He made his MLB debut four years ago with the St. Louis Cardinals after spending a decade in the minors.

“Especially in Venezuela, they got a lot of respect for you,” Martinez said. “I think if you go out there and do the right thing, they will respect you.”

Steeped with love for his country, Martinez is returning that respect.

The new Rays slugger started the Cafecito line of brew with Primos Coffee last year, with 50 to 75 percent of the proceeds going toward the less fortunate in Venezuela.

“I think just one day I woke up and said I’m going do this because I wanna make people happy,” he said.

Primos Coffee is a small family-owned company in Nicaragua with a distribution center in Texas. The java is only sold online, but Martinez wants to sell it in Publix stores and at Tropicana Field.

When Martinez travels home, he visits hospitals, bringing candy and pinatas to children, while helping anyone else he sees along the way.

While he’s away in the States, Cafecito serves others by serving coffee.

“I don’t think it’s right to just sit at home not doing anything even though you’re blessed,” Martinez said. “I mean in baseball, you know, I get to the big leagues, you get obviously better payment, obviously better living and stuff. There’s people that cannot do that. God gave you that opportunity.