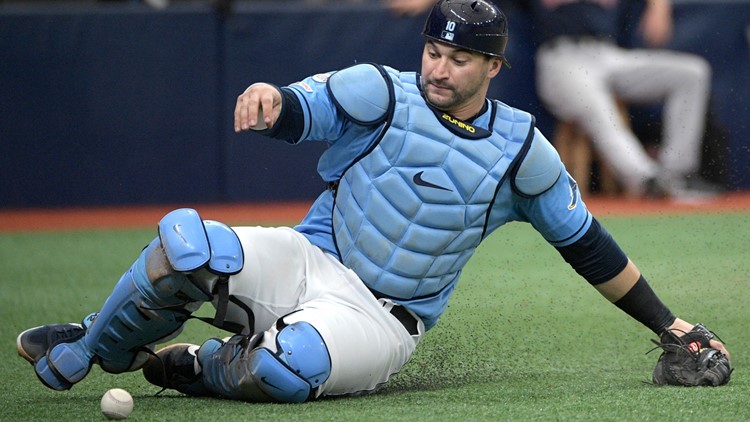 Catcher Mike Zunino will stay with Rays in $4.5 million deal

ST. PETERSBURG, Fla. — Catcher Mike Zunino has inked a $4.5 million contract to stay with the Tampa Bay Rays for the 2020 season -- avoiding arbitration.

Zunino also agreed to a 2021 club option that's worth another $4.5 million with the potential to grow to $5.25 million when incentives are factored in.

He threw out 34.1 percent of attempted base stealers, boasting the third-best eraser rate in the major league. He was on the postseason roster in 2019 but didn't appear in a game.

Zunino was acquired from the Seattle Mariners during a five-player trade in 2018. In his seven seasons in the majors, he has 104 home runs and 273 RBI. He was named the Wilson Defensive Player of the Year after the 2018 season.

Zunino became a father in April. He was born in Cape Coral and graduated from Mariner High School in 2009. He was selected by the Mariners in the first round of the 2012 June Draft out of the University of Florida. He's the highest-drafted player in school history.