Fans looking to return to the stand should not hold their breath. 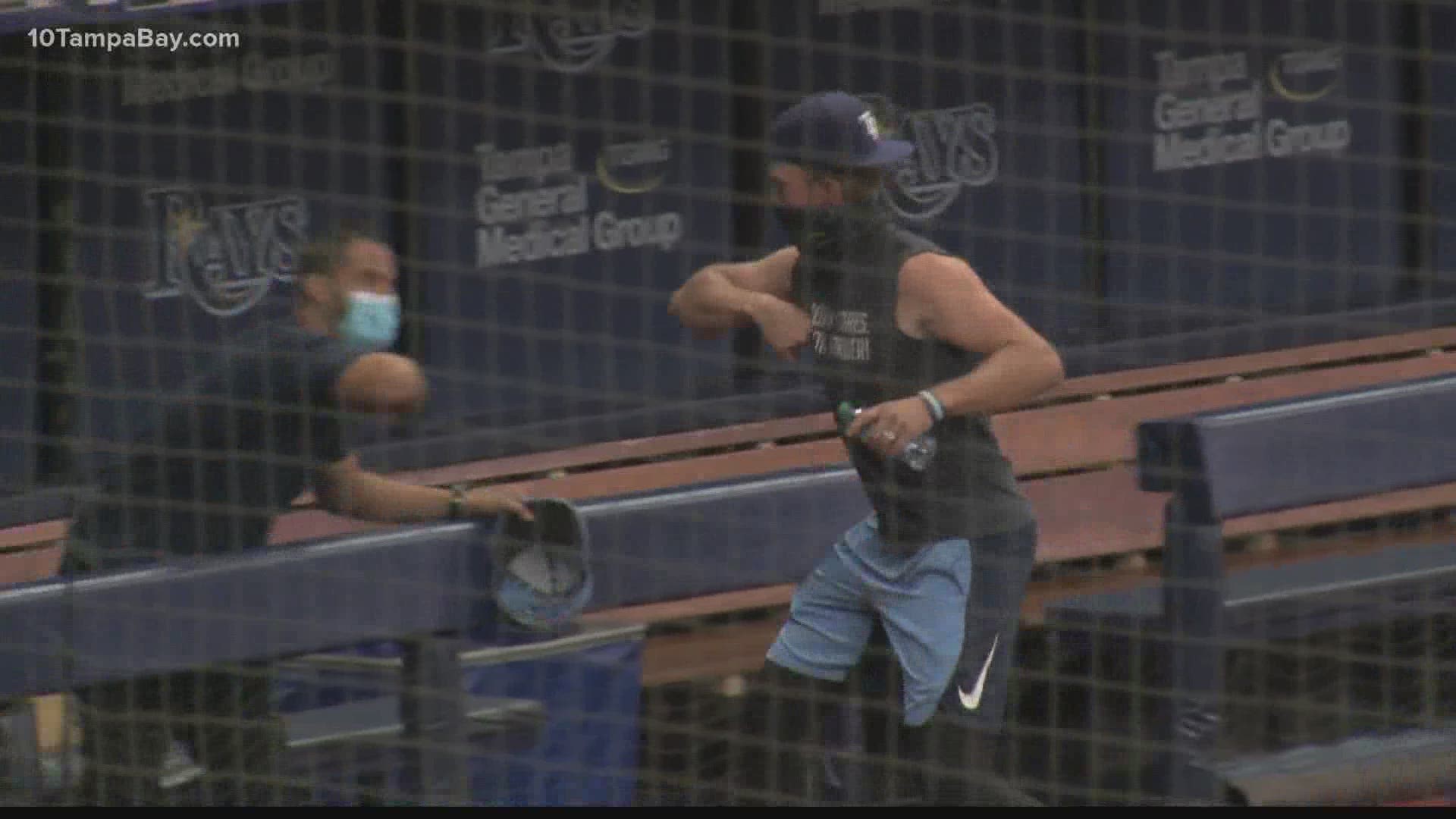 ST. PETERSBURG, Fla. — Five words describe what looking ahead to a shortened season looks like for the Rays, according to the team's president Brian Auld: “It’s going to be wild."

The team faces a 60-game sprint this year with gameplay taking place between opening night on July 24 through Sept. 27.

Auld called the shortened season a new and different experience that the team is still working to wrap their arms around during Tampa Mayor Jane Castor's daily Facebook Live. The heightened schedule gives each game an importance “unlike anything we’ve ever experienced," Auld said.

As for seeing fans in the stands? Don't hold your breath.

Auld said while he hopes fans can get back into the stands before the end of the season, the state and city need to see a downtrend in COVID-19 cases. He also highlighted that safety, focusing on opening day and the season ahead is what's of the utmost importance right now.

A return of fans, if possible, would be reliant on a slew of factors and guidelines to ensure the safety of all involved.

But, for now, the Rays have another plan. To combat the games feeling fan-less, the Rays are adding crowd sound into the stands to both bring a sense of normalcy and prevent players from overhearing each other talking to their teammates.

Fans can also secure a spot in the stands at Tropicana Field as a cardboard cutout this season. The Rays launched a program allowing fans to buy a "seat" on its website and then send a photo of yourself to be used.

"We’re going to try to make it as normal as we can, which I think is what we're all trying to do right now,” Auld said.

According to Auld, there are ways we can all play our part to help get back to a sense of "normal" like being careful, wearing a mask and listening to your local leaders.

When it comes to the team's potential Auld said, “I think we’re going to be very, very dangerous," citing the team's depth, effective pitching, tough defense and strengthening offense.

But Castor could not let Auld leave the live stream without throwing in one curveball, asking about the team's sister city concept with Montreal.

While the plan for where the team will play come 2028 is still on the team's mind, it is definitely on the back burner.  Auld said all parties required to complete that plan are focusing on COVID-19 and the public's health, as they should be, and that discussion will return once the pandemic clears.

Overall the Rays are looking to bring some joy back into the lives of people who are bogged down daily with the coronavirus when the season returns -- even if for a few hours.

“This should be fun. We appreciate that baseball is not the most important thing going on in the world right now. But for a few hours a day to be able to take a little break and watch a team you care about compete its heart out,” Auld said. “I hope it gives a little bit of a respite to everybody, who I know is like me, dealing with just challenges they never thought they’d face, day-in and day-out and hour after hour.”

You listen to Auld and Castor's entire conversation below: