The team is looking to make back-to-back World Series runs. 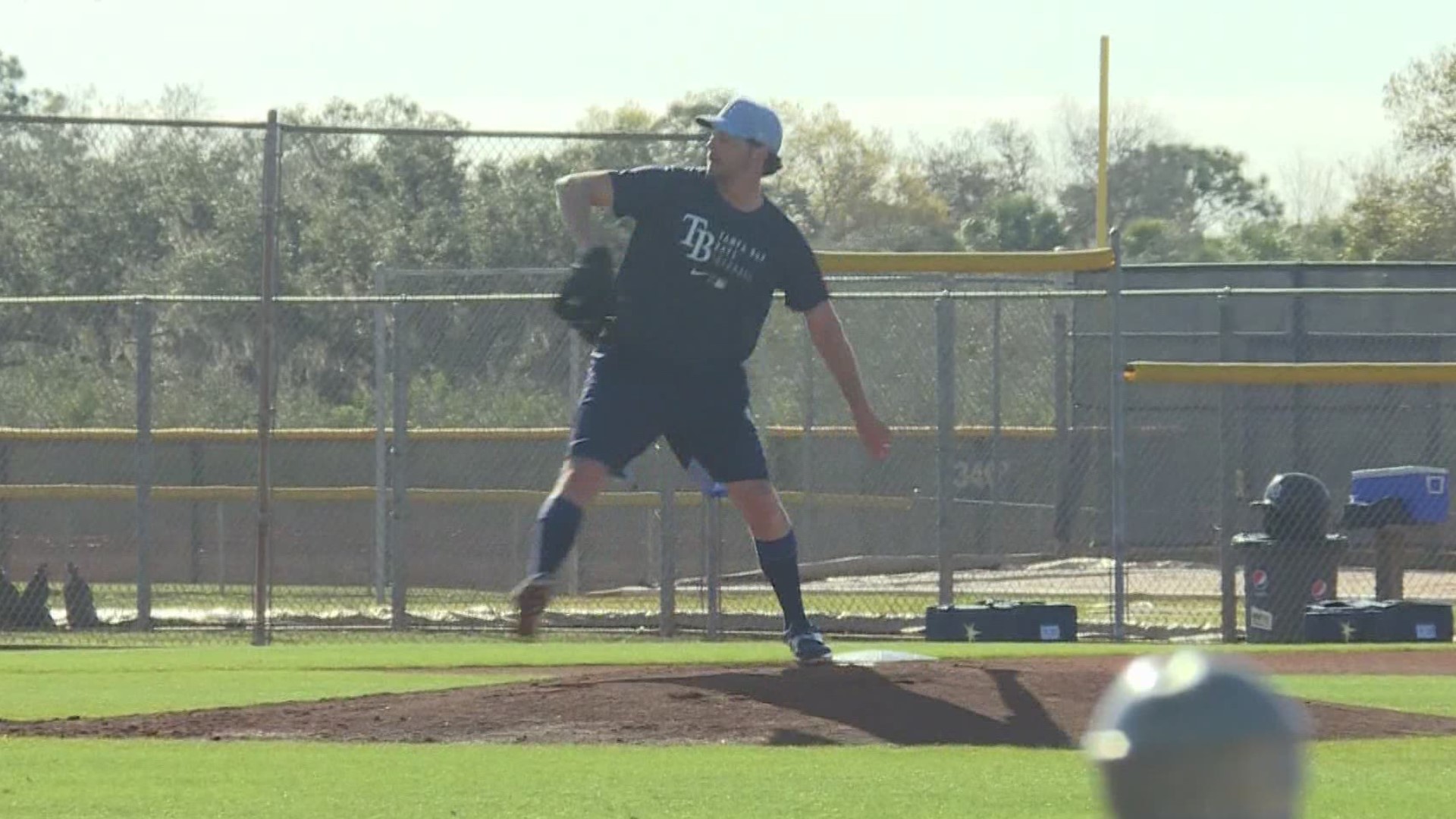 Tampa Bay is hoping to reignite the spark that brought the team to the world series last season.

Yoshi Tsutsugo was the first to report Tuesday. And if you couldn't tell that the Rays were happy to be back together, their antics sure showed it.

From Willy Adames and Yandy Diaz messing around when taking the field to hometown hero Brett Phillips joking reporters only showed up to see Randy, energy appeared high.

Brett Phillips already up to his antics. He just turned and yelled to reporters: “We all know you’re here to see Randy!” #RaysUp pic.twitter.com/LI7MMfrRur

Trade rumors lingering over a few players made their spring training return a little sweeter.

Kevin Kiermaier said he was thrilled to be at another Rays camp after this year's trade rumors felt more real than ever.

“I don’t want to be anywhere else," the center fielder said.

"I'm happy to be back here. You see your names on the trades, and it doesn't feel good... obviously, you worry about it," he said.

As for the expectations Rays Manager Kevin Cash has for breakout star Randy Arozarena?

“Randy better do exactly what he did last October.”

Arozarena's bat came alive for the Rays in the postseason as he hit a record-breaking nine home runs.

Last season, the Rays broke a 12-year World Series drought where they looked to best the Los Angeles Dodgers for the title and bragging rights of being the best in baseball. After a valiant effort, memorable moments and proving what an underdog can accomplish, the team fell to the Dodgers in Game 6.

They'll look to build off that momentum and see if they can come out on top in 2021. To keep up with the Rays, you can check out their full season schedule here.