Baseball's most exciting prospect makes his MLB debut with the Rays. 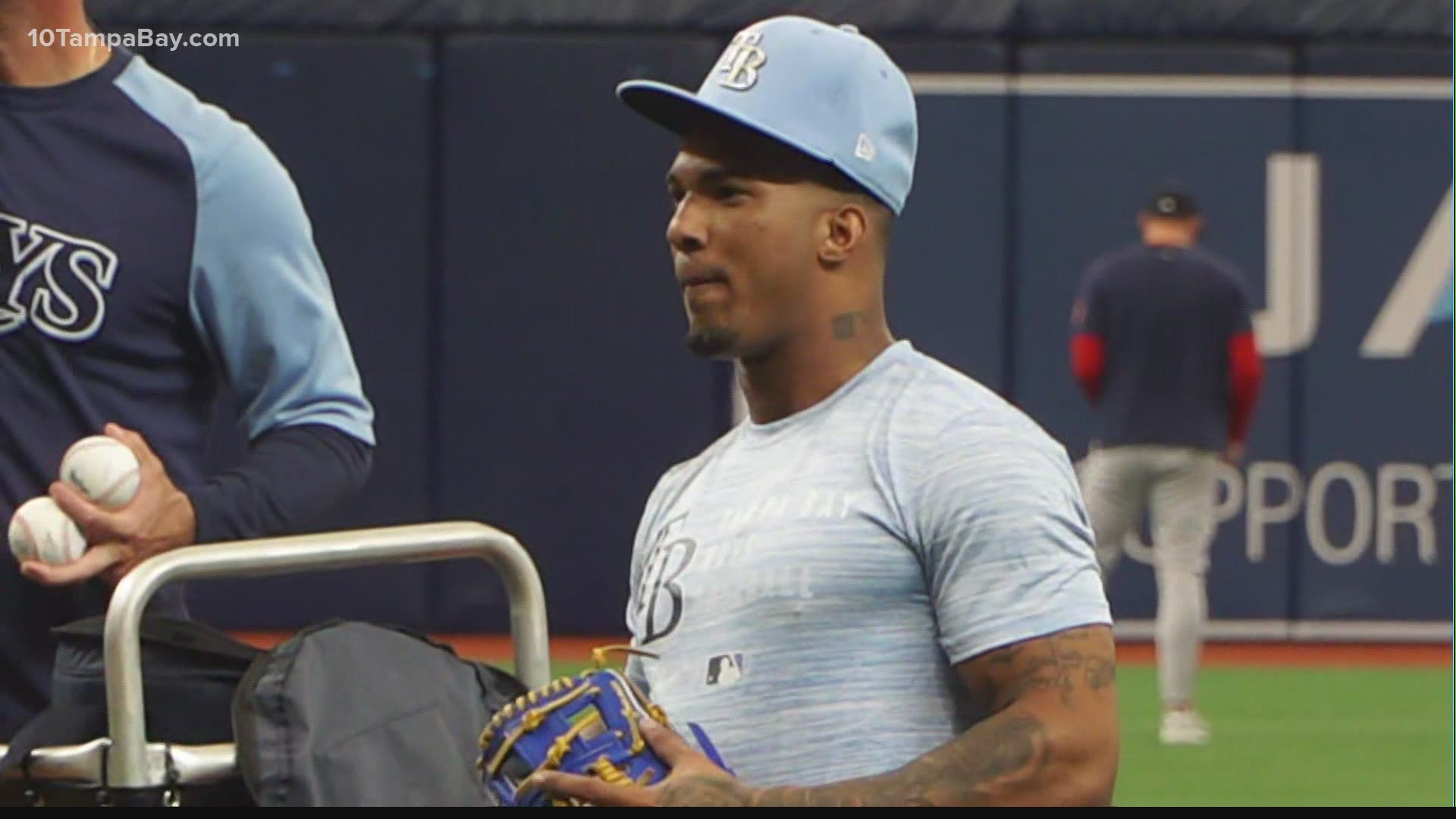 ST. PETERSBURG, Fla. — At 20 years old, Wander Franco’s confidence is through the roof.

He had the MLB’s logo tattooed on the side of his neck in February, long before his call-up.

He bought a white Rolls Royce with the $3.8 million signing bonus he received as a 16-year-old and, after spring training this March, drove it himself from Port Charlotte to Durham for his Triple-A assignment.

Seven weeks later, he rolled up to Tropicana Field in the Rolls Royce on the day of his MLB debut.

“I want to give 100 percent of what I’ve got,” Franco said via the team’s Spanish interpreter Manny Navarro. “Just continue with the work that I’ve been doing and hope it turns me into a superstar.”

"I want to give 100% of what I got and just continue to work... and hope that turns me into a superstar." #RaysUp pic.twitter.com/OO6Pxn80Ss

Franco’s original goal was to reach the Bigs at 19 years old, becoming the first teenager to do so. A global pandemic had other plans when the 2020 MLB season was postponed and the minor league seasons were canceled.

Plus, the Rays wanted to wait for the right moment. Franco had only played two seasons in the low minors before this year.

“I think he’s shown everybody that he’s ready,” manager Kevin Cash said. “He’s conquered every level. I think it was totally the right decision by us coming out of spring training. Let him go play some Triple-A baseball -- he had never done that. And with the offseason last year of not getting to play and get game reps. It was a smart thing to do.

“To his credit, he’s made the most of it. He’s kind of, in fairness, forced our hand. He has shown that he’s ready to be here and help us win.”

With his level of swag, Franco never looked like most of the players toiling through the minor league system.

He has a mature eye and patience at the plate and is a switch-hitter. He also plays most of the infield positions -- the type of versatility the Rays organization loves -- so he may dictate the way Cash sets his lineups.

“I feel ready,” Franco said. “I’ve been waiting a long time for this moment. So I feel really good about it.”

And he was right.

In Franco’s first Major League plate appearance, he fought back from an 0-2 count and drew a full-count walk.

Four batters later, he scored his first MLB run when Francisco Mejia hit a single to left, scoring Yandy Diaz and Franco for a 2-0 lead in the first inning.

From there, he got even better.

In the bottom of the fifth inning, Franco hit a first-pitch 3-run blast to left field on a slider, tying the game at 5-5. With an audience of 12,994 people, the building was the loudest it's been since the 2019 ALDS.

Franco later doubled to go 2-for-4 with two hits, three RBI, two runs and a walk in his debut. He also flashed the leather at third base, turning a double play to end the eighth inning.

Franco’s first MLB hit is a game-tying 3-run bomb and the Trop goes nuts. That’s how you debut. #RaysUp pic.twitter.com/PkmLKRJiR6

This isn’t the first time Franco has set foot on Tropicana Field. He’s been here for instructional leagues and to receive some awards.

But on Tuesday, nothing compared to knowing that the navy blue Tampa Bay No. 5 jersey hanging in his locker was there for him.

“It’s one of those things where it’s still hard to believe,” Franco said. “You walk in and can’t really believe it. I’ve walked in here before to receive awards, but as a player, it’s a little different.”

And with the sports world watching, the moment wasn’t too big for him.

During pregame fielding and batting practice, Franco -- still young enough to be wearing braces -- was smiling the entire time.

Wander Franco was all smiles during pregame fielding and batting practice -- braces and all -- before his MLB debut. #RaysUp pic.twitter.com/9WDbMvTPIW

“I think one world that would describe him is ‘energy,’” said infielder Taylor Walls, Franco’s teammate in Durham who also received the call-up recently. “The passion he brings to the game. Every game, he’s out there, whether it’s warmups, hitting the cage, he’s always excited, having fun.

“You can just tell how joyful he is whenever he gets to be around this game. Being a teammate of his, that just rubs off on every guy around him.” 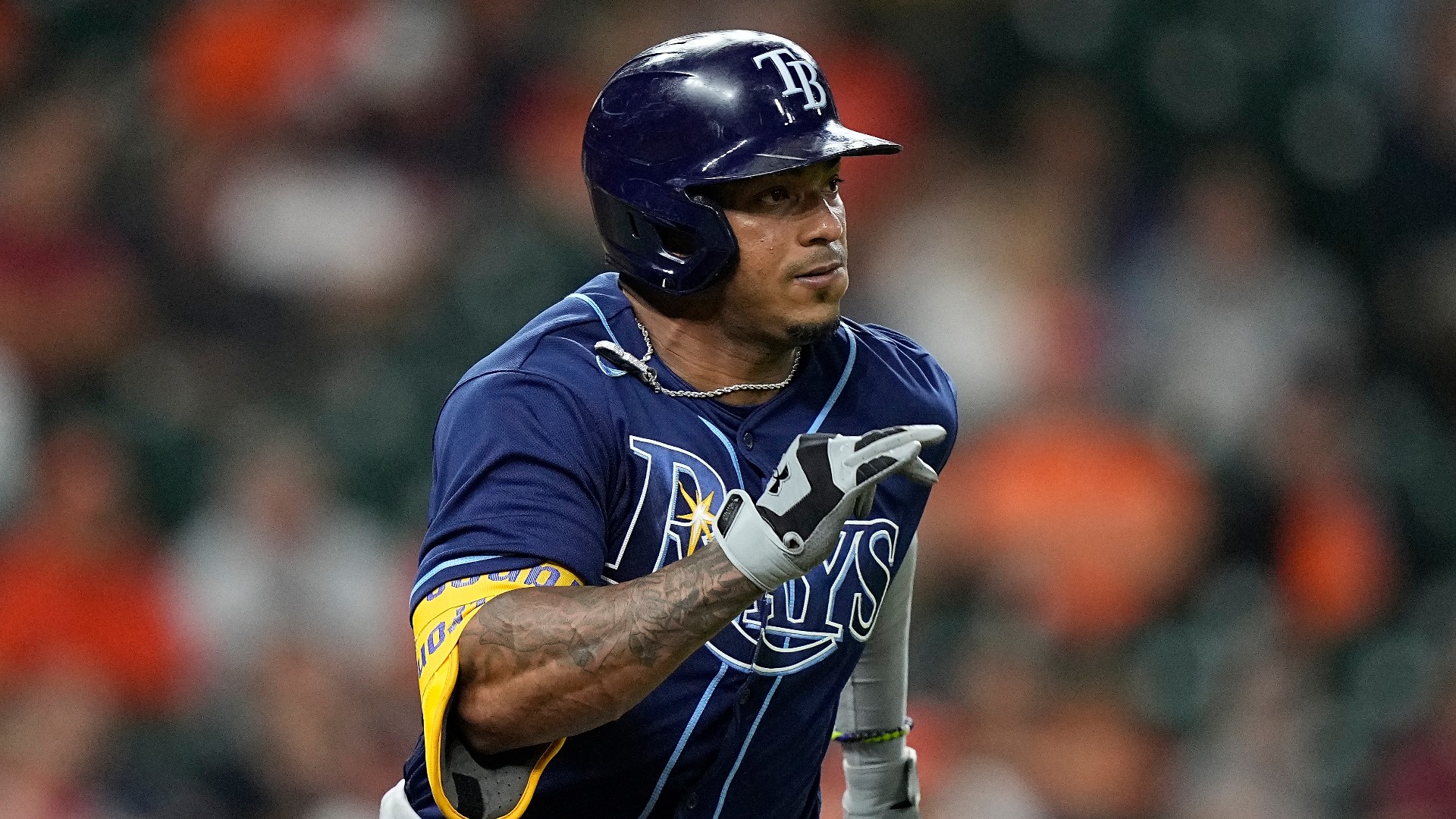