The Bills-Titans game will be played at 7 p.m. Tuesday as long as Tennessee has no more positive tests for COVID-19 in the interim. 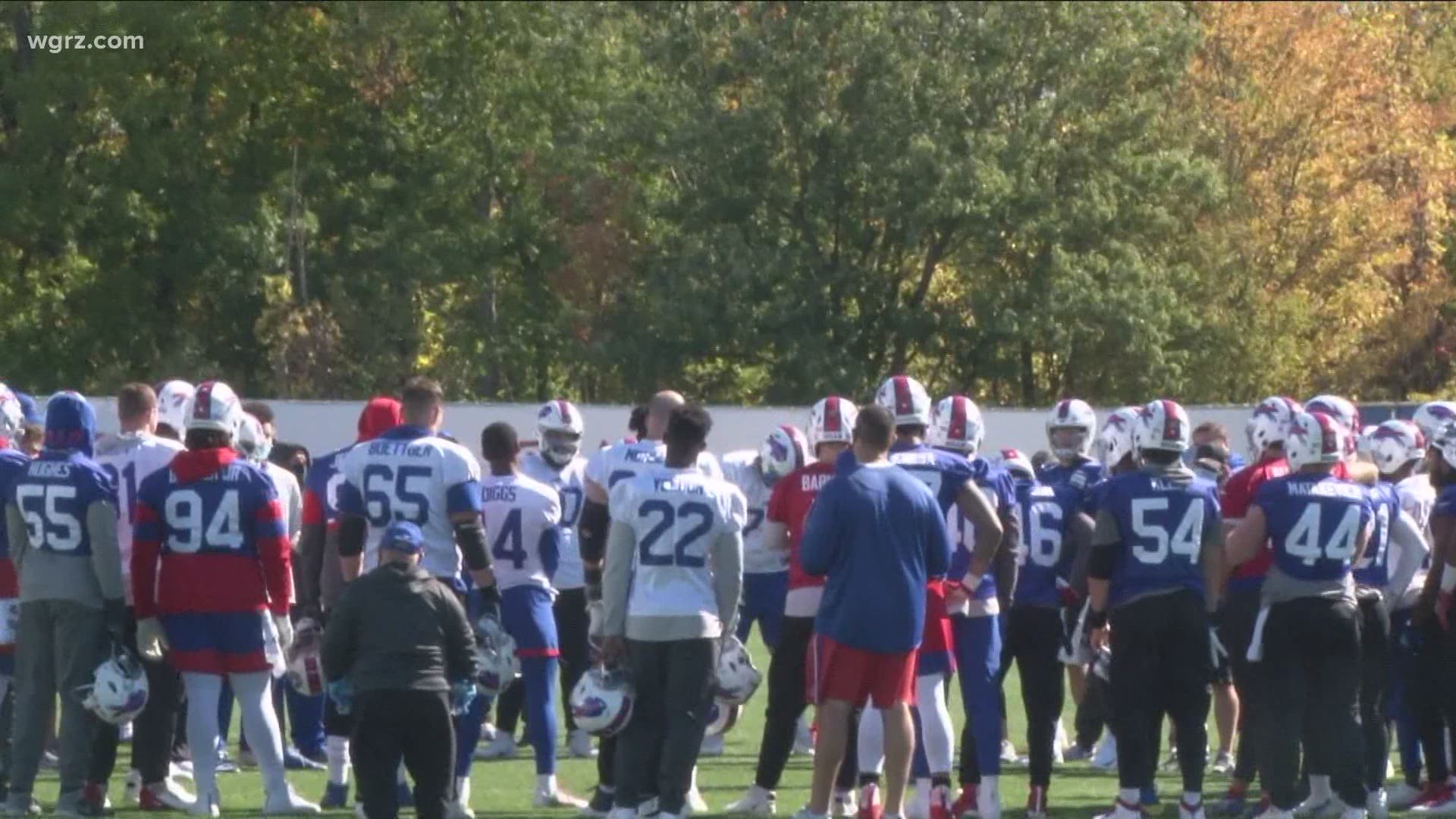 BUFFALO, N.Y. — More positive cases of COVID-19 are popping up in the Tennessee Titans organization, prompting the NFL to move the Bills' game from Sunday afternoon to Tuesday night.

It was one of two games the NFL moved on Thursday night.

The Bills-Titans game will be played at 7 p.m. Tuesday as long as Tennessee has no more positive tests for COVID-19 in the interim.

According to the team, this will be only the third time in NFL history since 1946 that a game has been played on Tuesday night.

Tuesday Night Football for the third time since 1946.

The NFL also rescheduled Sunday’s Broncos-Patriots game from Sunday to Monday at 5 p.m. as part of an ESPN doubleheader. New England had a smaller outbreak of COVID-19.

The Kansas City Chiefs' game against the Bills at Orchard Park for October 15 is moving to next weekend if the Buffalo-Tennessee game actually is played on Tuesday.

As of Thursday morning, Tom Pelissero, a reporter for the NFL Network, revealed per a source that the Titans have had another player tested positive for COVID-19 and an inconclusive test from the previous day also test positive.

ESPN's Adam Schefter tweeted Thursday night that the game scheduled for Sunday "is being moved to Tuesday at 6 p.m. as long as there are no more positive tests with Tennessee, per sources."

This news comes after the Titans had 22 positive tests in the organization throughout the previous week.

He also was told that the team facility remained closed on Thursday and that it's highly unlikely to reopen Friday, added that the Bills-Titans remains on as scheduled for now and that the NFL continues to evaluate the situation.

The #Titans facility remains closed today and it's highly unlikely to reopen Friday, I'm told. Game Sunday vs. the #Bills remains on as scheduled for now, but the NFL continues to evaluate the situation. https://t.co/Jis52hqquo

The Titans' team was hopeful they could return to the team facility Wednesday after they had gone two days prior without a positive test. However that has changed with the report of the new cases.

During a Zoom call with reporters on Wednesday, Buffalo Bills head coach Sean McDermott said the team is aware of the situation and is, "monitoring it as closely as we can from here (Orchard Park)."

There is still no official word from the NFL if the Buffalo Bills game against the Tennessee Titans on Sunday will be played accordingly, canceled or, possibly forfeited as there have been reports that is a possibly.

The #Titans have a game on Sunday with the #Bills, but with another positive test today and the facility not yet open, that game being played as scheduled is clearly in doubt.

The NFL is evaluating options for the #Titans' game Sunday against the #Bills. Nothing final. But Tennessee's ability to play in 3 days is obviously in doubt. The facility remains closed. https://t.co/P811c3B8q8

Another #Titans player has tested positive for COVID-19 and an inconclusive test from the previous day is also positive, per source.