St. Petersburg Mayor Rick Kriseman was happy to see the Grand Prix return: “This race shines a bright light on our incredible city for all the world to see." 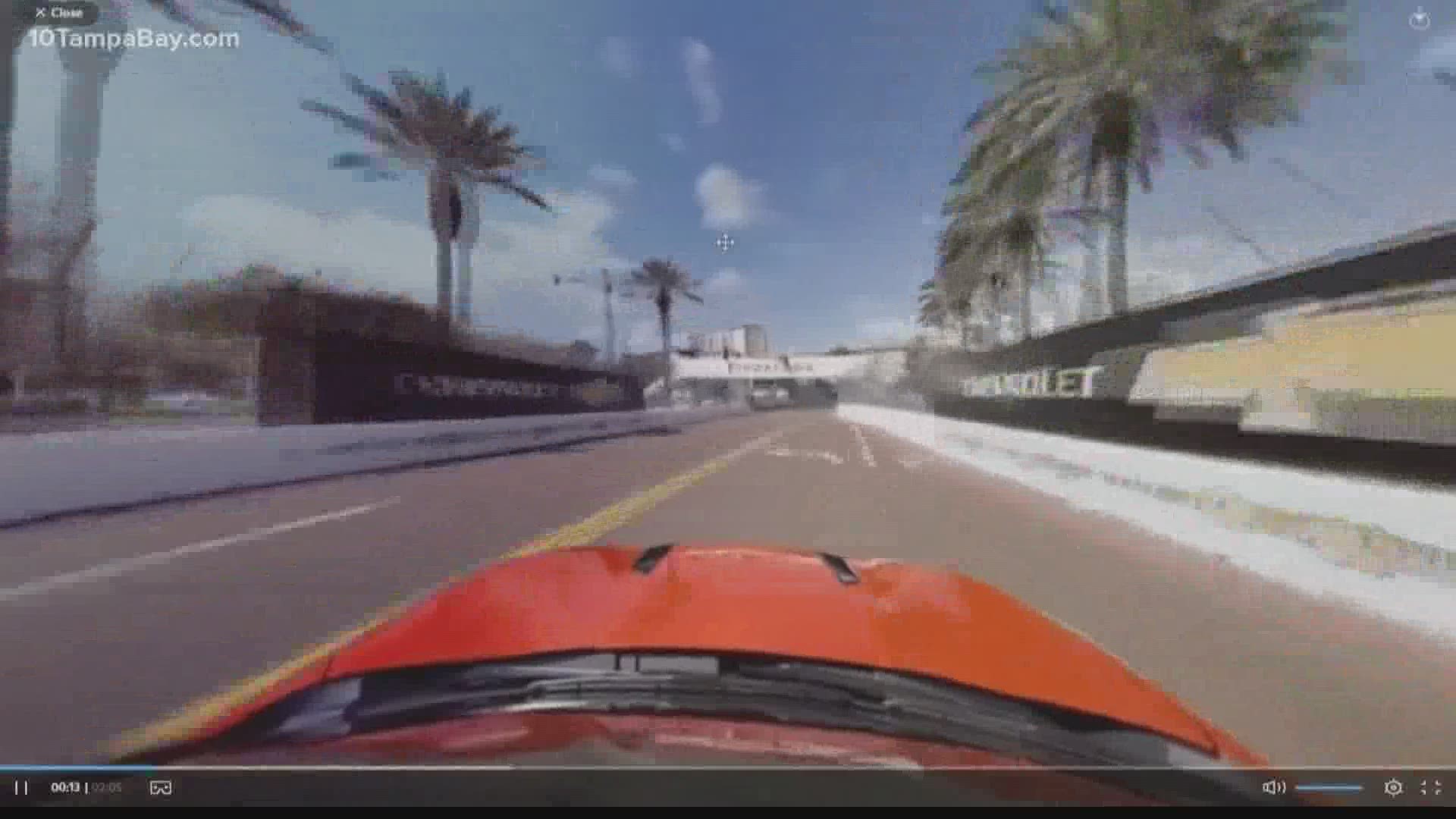 ST. PETERSBURG, Fla. — INDYCAR will crown a season champion in St. Petersburg this weekend for the first time.

COVID-19 delayed the annual spring race, the Firestone Grand Prix of St. Petersburg, making it the season finale for the world’s top drivers.

Many in St. Petersburg are just happy to hear their engines again.

“This race shines a bright light on our incredible city for all the world to see,”  Mayor Rick Kriseman said. “Sports can give us all an important outlet and allow us all to come together as a community.”

Racing has returned but months ago that was no guarantee. In March, days before the scheduled race, Kriseman sounded dejected while speaking to assembled media members over the decision to cancel one of his city’s biggest sporting events.

“I strongly believe that life must always carry on as best that we are able,” Kriseman said then. “The reality is during this global pandemic, that is just not possible.”

His tone was observably more upbeat on Thursday morning standing behind another podium. He raised the race flag in front of City Hall to signify that the races were back – with all safety protocols in place.

“We know what we’re up against. We know a bit more about how this virus behaves and we’ve had time to get safety protocols in place,” said the mayor. “Let’s embrace the race.”

Tickets sold out for all of the weekend’s races. The attendance was capped at 20,000 spectators. All patrons will be required to wear a mask at all times without exception, pass wellness checks and maintain distance from each other.

Those concessions, says Kriseman, are not only necessary but worth it. The championship race begins Sunday at 2:30 p.m. and will air nationally on NBC.

A @IndyCar champion will be crowned this weekend at @GPSTPETE. The race was delayed for 6 months due to COVID-19 but many are excited about its return. @Kriseman: "We know a bit more about how this virus behaves and we’ve had time to get safety protocols in place" PIC: @GPSTPETE pic.twitter.com/b139sf6zta