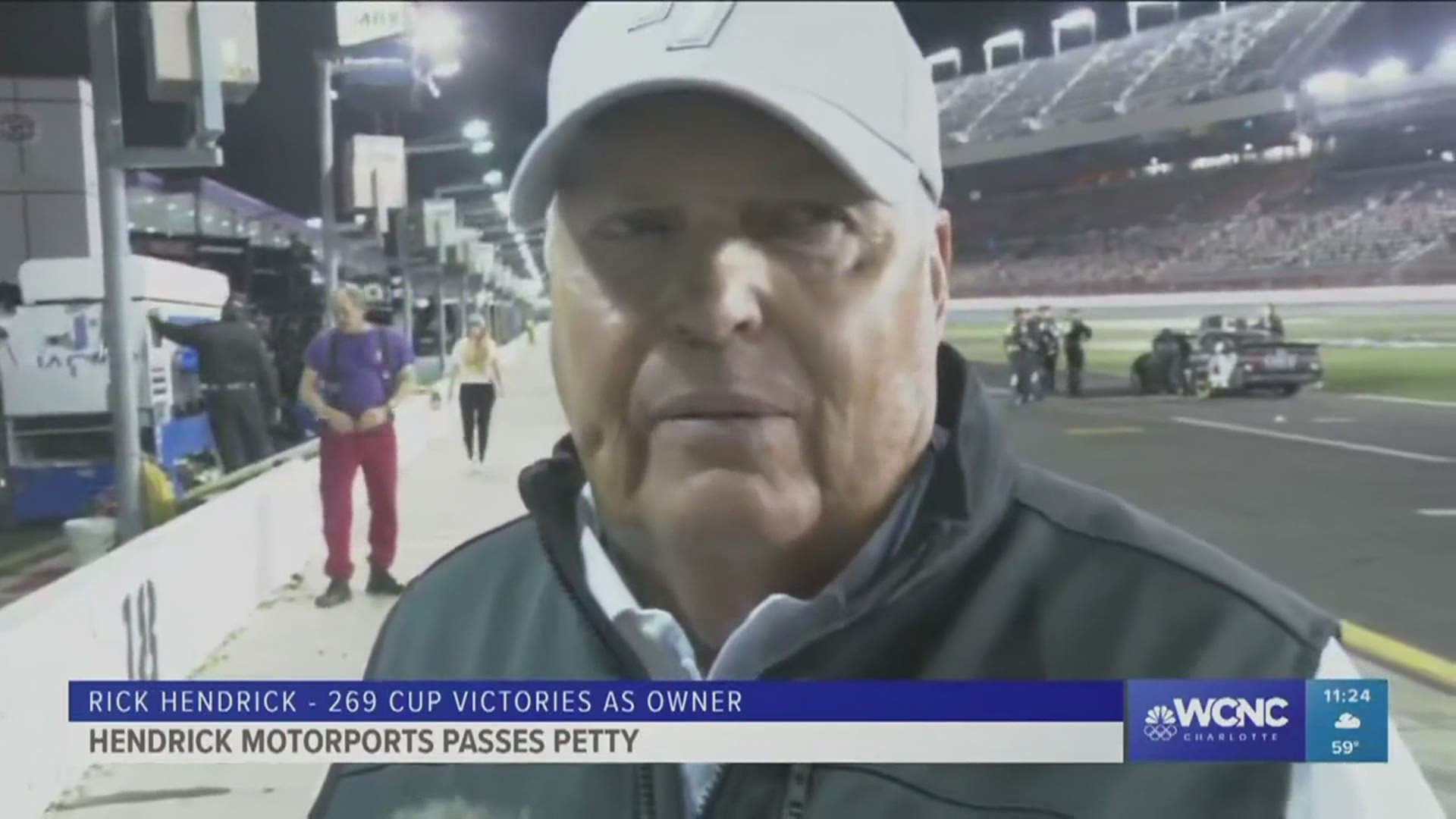 CHARLOTTE, N.C. — Jeff Gordon, a four-time NASCAR Cup Series champion and television broadcaster, will be leaving the TV booth after being named the new vice chairman for Hendrick Motorsports.

The announcement was made Wednesday afternoon, with Gordon assuming the role as the second-ranking team official behind owner Rick Hendrick. Gordon, who also serves as a co-owner of the team, will continue his day-to-day presence with the organization with a focus on competition and marketing.

Gordon spent his entire NASCAR Cup Series career driving Hendrick's No. 24 Chevrolet. He will formally assume his new role on Jan. 1, 2022. As a result, Gordon will step away from his duties as an analyst with FOX's NASCAR telecasts.

“I cannot put into words what Hendrick Motorsports means to me,” Gordon said. “In many ways, it’s my home and the people here are my family. I’ve never lost my passion for the organization, for our sport, and for the sheer challenge of racing and winning at the highest level. Being part of the competition is where I’m happiest and feel I can make the biggest contribution to the continued, long-term success of the team. Rick and I have a shared vision, which is based on the values he’s instilled, the culture he’s built and our desire to be the very best in all categories, on and off the track.”

Gordon won 93 races from 1992 until his retirement from full-time racing in 2015, all with Hendrick Motorsports.

“Jeff and I have talked about this for many years, and I feel it’s a natural evolution for him and our company,” said Hendrick, 71, who is also chairman and CEO of Hendrick Automotive Group. “I’ve always been impressed with his business instincts. On some level, he’s been involved in every major decision we’ve made over the last two decades, and his influence has continued to grow since he stopped driving. He understands our culture, our values, and the importance we place on our people and our partnerships.

RELATED: Larson romps to yet another victory for Hendrick Motorsports